We’ve been going through this text called Gems of Wisdom by the Seventh Dalai Lama, and we are on Verse 33: “Who suffers most deeply of all the beings in the world?”

Me! Nobody else suffers like me! [laughter] That’s not the right answer. [laughter]

Who suffers most deeply of all the beings in the world?
Those with no self-discipline who are overpowered by afflictions.

“Those with no self-discipline who are overpowered by afflictions” are the ones who suffer most deeply of all the beings in the world.

Now that’s not normally what we think, is it? Normally we think that somebody who suffers has great physical suffering or mental suffering. That they’re very sick or they’re wounded, they’re injured. Or people have been very mean to them or betrayed them or ruined their reputation or done something like that to them that made them have a lot of mental suffering. That’s what we usually think of. Somebody who suffers because of what the outside did to them. That’s not what this verse says.

“Who suffers most deeply of all the beings in the world? Those with no self-discipline who are overpowered by afflictions.”

In many ways it’s the perpetrator of harm who is suffering the most because their mind is uncontrolled, overpowered by afflictions, and thus creating the causes for their own suffering in the future, as well as inflicting suffering on others, which in turn brings them a lot of guilt and remorse and shame and so on.

This is an interesting flip-around, isn’t it? To be able to look at somebody who perpetrates harm and see their suffering. Because especially when we’ve been the victim of harm, we focus on our own suffering, don’t we? But what was the suffering of the person who harmed us? Whose mind was overwhelmed by greed or by rage or by confusion? This person who thought that acting in this disturbing way would solve their own pain or remedy the situation. And in the process of acting that out verbally or physically not only damages others but puts incredible seeds of negative karma in their own mindstream.

A couple of ways to meditate on this verse are:

Like I was saying a few days ago about when I went to Ganden in Tibet and I was thinking about the karma created by the young PLA soldiers who took such delight in ruining the Dharma. And wow, what a cause for compassion, because their minds were totally overwhelmed by affliction, you know? In this case, especially the affliction of confusion, they can’t determine what is virtuous from what is non-virtuous. But then also when they’re destroying the monastery and so forth, probably a lot of anger, and really taking delight, you know how people get, “Let’s just take this apart, oh this is fun!” And in the process putting so many seeds of harmful karma in their own mindstreams.

The suffering that comes by means of the afflictions that create the negative karma, that is the situation of the most suffering. Because when we’re experiencing the result of the karma that we created in the past, we’re experiencing some suffering now, but that is the ripening of that karma and now that karma is over and done with. And especially if we think, “May that karma be like purification for all the times, you know, so many negative karmas that I’ve created….” And then also if we do the taking and giving meditation and take on others’ suffering and give them our happiness…. If we do all of that, then even though we’re the victim of the harm, actually we’re coming out ahead karmically, because we will have purified that karma. And by not creating any new afflictions, not creating any more negative karma, and by doing the taking and giving meditation and creating a lot of virtue even in a difficult situation…. Karmically we come out ahead.

Whereas the person who is harming us, karmically, is coming out with a mess because of the negative karma they’re creating that they’ll have to experience the result of later. Also, that person has to go to bed at night and be with themselves. And how do you feel in your heart of hearts at night when you go to bed and you know you’ve just spent the day putting all your negativity on somebody else and harming them? You usually don’t feel so good about yourself. So that person has to experience that in this life.

If we take this perspective it can really help us to see things in a better way, in a more realistic way and a more beneficial way in our lives. And to transform our experiences. Because especially it saves us from being angry at the people who harm us, because we realize…. Why be angry and wish them harm when they’re creating the cause of their own harm? Let’s not waste our energy on wishing anybody to be harmed.

[In response to audience] It’s really true in our work with inmates we see that the guys who, when they finally face the harm that they have created for others, they feel really rotten. And then they often practice really diligently.

Lama Yeshe used to say that sometimes the people who’ve had the most suffering, or the biggest samsara, are the people who practice the best. Because they realize where all the misery is coming from. 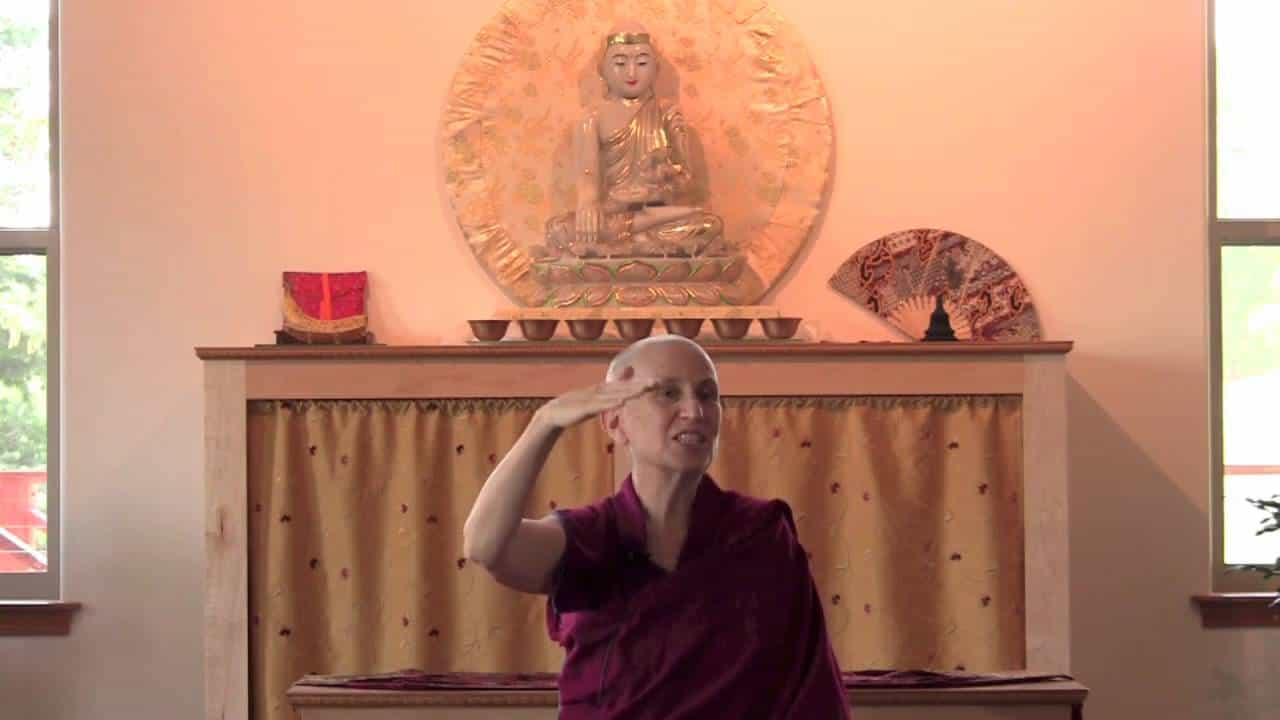 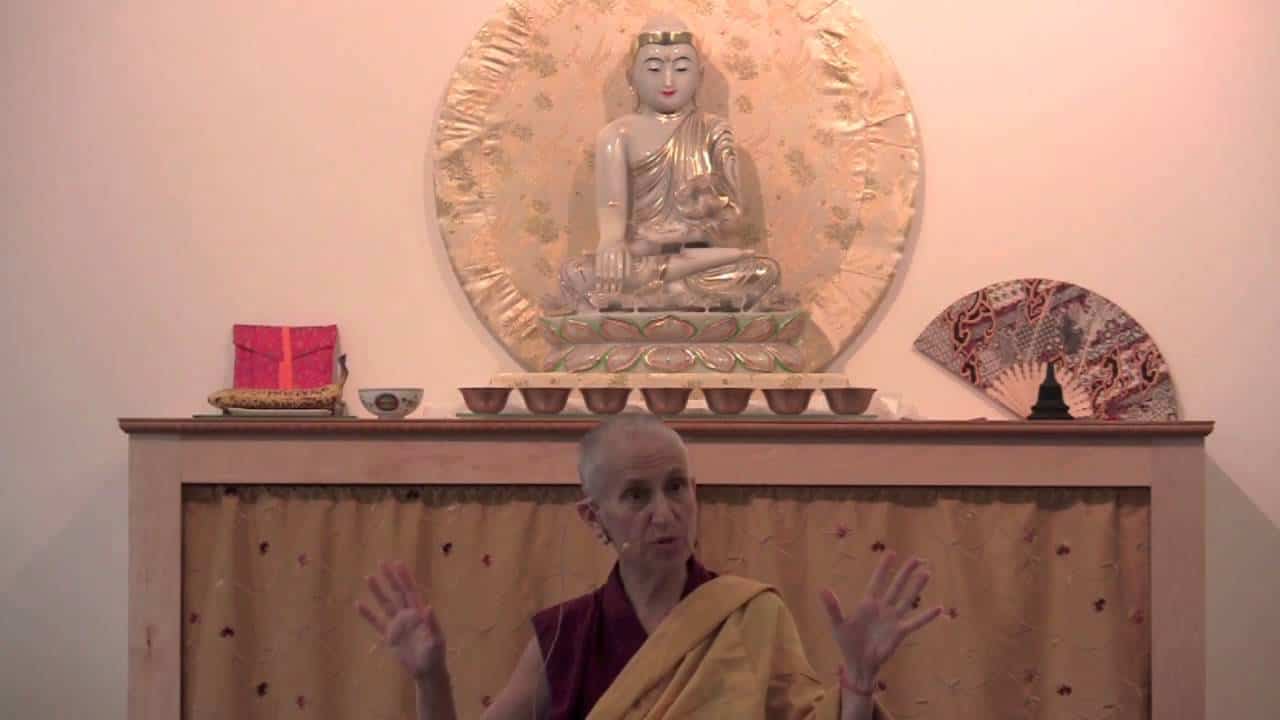