Verse 7: The enemies of happiness and prosperity

Verse 7: The enemies of happiness and prosperity

What enemies are destroying our happiness and prosperity?
All the various emotional afflictions that disturb the threads of thought.

We’re not sure what “disturbing the thread of thought” means. Unless it could mean the thought of bodhicitta or something like that. But in any case, “What are the enemies that destroy our happiness and prosperity?” Those are for sure the afflictions. So, attachment…. I mean, all of these destroy our happiness and our prosperity in this life and also in future lives. So it’s kind of double trouble. Because a lot of these things…. They make it seem like they’re causing our prosperity this life, in the short term. But if we really look, they bring about our downfall in future lives and actually can bring about a lot of problems in this life.

For example, the affliction of miserliness. We usually think that if you hold onto things for yourself that’s the cause of having wealth. Right? If I keep stuff for myself then I’m rich. If I give it all away then I won’t have it. So our mind thinking like that says, “Okay, I’d better hold onto all these things because if I give them away I might need them and then I won’t have them and then ahhhh! I’ll suffer.” Whereas when we understand karma we see that generosity is the cause of wealth. Then we scratch our head. “Well okay, maybe future lives generosity causes wealth, but this lifetime? Generosity? I’m going to go broke!”

Nobody’s saying to give away all of your stuff, first of all. Nobody’s saying that. But we do find that when we’re generous people respond back to us with generosity. So even in this lifetime, in many ways, being generous is a cause of wealth. When we give things with the motivation to get something back in return, that doesn’t always come about. But when we really give things from the heart, then people so often reciprocate with some kind of freely offered gift themselves. And sometimes what they give us is more important than the material things.

Same thing with anger. We often feel that our anger is what defends us, what protects us. If I’m not angry then people are going to take advantage of me, they’re going to walk all over me, there’s going to be big problems. So I really need my anger. It serves a very valid purpose. But then when we examine our experiences, when we’re angry…. Okay, sometimes it suppresses the other person, it makes them afraid of us. But is that usually what we want? Do we want people to be afraid of us? We want people to like us. We want people to respect us. But people being afraid of us is very different than them respecting us.

Fear does not equal respect

People often get this confused. They think that when you really respect somebody there’s an element of fear. But I don’t think so. I think when you really respect there’s a real sincere openness with that other person, and not a sense of fear. So we might dominate somebody with our anger, but is that really fulfilling what we’re wanting and what we’re needing? We have to check up on that one. Because how often, especially in personal relationships, do we dominate somebody but then … do they like us afterwards? They may do what we say, but do we really have a sincerely close relationship or not? I don’t think so. And also when we’re angry and irritable and so on then people usually respond back to us in that same way. As we know from our experience, don’t we? Whereas even if we’re with somebody who’s angry and irritable, if we can slow down and be kind to them, and be patient with them, then often the whole thing dissipates. Whereas when they’re upset about something and we come back with, “Well, I’m upset about this and that and the other thing, too,” then the whole thing escalates.

I was thinking about this because a situation arose where I was feeling something slightly uncomfortable with somebody, and then I got an email from that person who said, “Oh, I felt really uncomfortable with blah blah.” And I thought, okay, I could respond and say, “You felt uncomfortable and I felt uncomfortable.” But that wouldn’t be a very good way to actually remedy the whole thing because then we’re both putting our feelings and needs out to the other one and neither of us is hearing the other one’s feelings or needs. So I thought, okay, I’m going to respond by just saying, “What are you feeling, what are you needing?” And just put my stuff on the back burner, because actually it’s not so important. And if I can help this person work out what is going on for them, then afterwards, if I feel like bringing up my perspective, I will. But if I don’t, I might just let it go. But if I brought my thing up right at the beginning, then there’s going to be clash. And so that’s often what happens when we’re revved up and the other person is revved up and then we both bring our stuff up to each other at the same time. Neither one of us can listen. And it’s only the listening, and the really hearing of what’s going on for the other person, that’s going to enable us to soothe the situation.

These emotional afflictions cause problems now, then they make us do actions that cause us problems and misery in future lives. 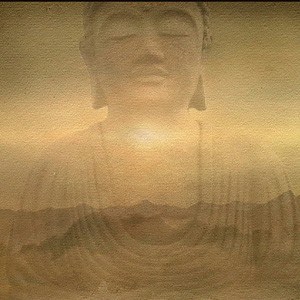 Reviews of “Living with an Open Heart”