This verse follows on the previous one:

Who are the slippery monsters that slide between love and hate?
False friends and those around us who only pretend to wish us well.

This is different from the misleading friends of the previous verse. The misleading friends of the previous verse actually like us, they just have different kinds of values and so they steer us in directions that take us away from the Dharma. These are false friends who don’t really like us but pretend to wish us well because they can get something out of us. So these are the people who use us, because in one way or another we provide something that they like, or something that they need. So, they’re “slippery monsters that slide between love and hate.” Because when they want something from us they’re so nice. And when they have no use for us, poof.

Do you know people like that? Oh we know all sorts of people like that, but we never have behaved that way, have we? Never us. We would never be a false friend, okay, we know that. [laughter]

We had one person stay at the Abbey, whenever he wanted something, he put his arms behind his back and kind of leaned over and was very sweet. [laughter] I knew something was coming.

But then when other people don’t serve us—you know, I’m talking about us being false friends—or when we have false friends, when we’re of no use to them anymore—then poof. They won’t give us the time of day. Or if it’s us being the false friend, we won’t give them the time of day. We won’t say hello, we don’t return phone calls. We have nothing to get out of them so why should we bother? And then sometimes people treat us that way, too.

What gets really sticky is when … let’s say people treat us that way. If we’re attached to them but they’re only nice to us when they want something and not nice when they don’t want something, when they are false friends who only pretend to wish us well…. But if we’re attached to them, then even though they’re nice to us and they stab us in the back, we can’t separate from them. Because of our attachment. Have you seen relationships like this? I think it’s what they call co-dependence, isn’t it? So even somebody’s pretending to be a friend, not a real friend, but because of our attachment, or maybe we’re using them in the same way, and we can still get something out of them, then we can’t separate from them.

Or similar, the reverse thing, if we’re the false friend, and coochie-coo to somebody we want something from, forget them, walk out the door when we don’t want something, but then they keep contacting us again and again, you know, “Please come back,” and so on…. Again, because of their attachment, and then because we’re a false friend, we really use that to our advantage even more, because if they want something from us, then we know how to manipulate them to get what we want, too. It all winds up in one huge mess, with a lot of pain. Doesn’t it? And no genuine love, no genuine compassion, just two people being extremely selfish and self-centered. And my guess is we’ve all probably been in relationships like that, where we’ve played one role or the other role.

I read one thing … it was a threesome: the perpetrator, the victim, and the rescuer. This is exactly what’s going on with those three. Let’s not be either the one who is the false friend or the one who goes along with a false friend because of our own attachment, because neither one of those situations actually benefits anybody. It doesn’t mean you take the false friend and throw him out the window, and say forget you. It’s just, you have your own sense of integrity and you just say, “I’m not going to be involved in this.” That’s all. You don’t need to get mad and yell and scream and blame and throw things. It’s just, I’m not going to be involved. That’s it. Because it’s not good for me and it’s not good for the other person. Because we’re all just playing off each other’s attachment with really self-centered motivations.

[In response to audience] You’re saying it doesn’t seem like there’s any love, and that’s really true. Although the people who are in it sometimes think they love each other dearly. But genuine love is wanting somebody to have happiness and the causes of happiness. Attachment is when you want something from them. You like them and you want to do things for them because they somehow provide something for you.

Lama Yeshe once said something really shocking. He said, “Often—not always but often—when people say, ‘I love you,’ what they mean is, ‘I want to use you.'” Think about that one.

It’s true though, isn’t it? It’s sad. And that’s why as Dharma practitioners we’re really trying to generate genuine care and affection for other people. Regardless of what they can do for us that gives us more worldly status or more worldly whatever it is. We’re trying to just care for them simply because they’re alive. So it takes a lot of work on our part to purify all of our wrong motivations.

[In response to audience] Right, often there’s no love. Sometimes there might be some genuine care and affection. But sometimes that gets undermined, or completely overwhelmed, by people using each other.

People can be kind to us. And people can do things for us. I’m not saying that nobody cares and that everybody’s selfish. What I’m saying is, when we have bottomless needs, how is somebody else going to meet them? When we have reasonable needs, you know, I need a hammer, yes, you can…. [laughter] I need help moving this from place to place, yes, you can meet…. But when somebody has a bottomless emotional need, no way.

[In response to audience] She’s asking, “Can we sometimes be so afraid—or have so much aversion—to these kind of relationships of people using each other that we go in the opposite direction, not super attached to somebody because we can get something out of them, but super detached in an unhealthy way of, you know, ‘I’m independent, I’m going to take care of everything myself, I don’t need you….'”

That is just as afflicted as the attached version is, isn’t it? Because it’s very much based on a reified self. “I’m an independent being, don’t even give me the time of day, I’ll find out by myself.” You know? And that impedes our ability to really connect with other people, which is what we want to do as Dharma practitioners, is really connect with other living beings in a healthy way so that we really benefit each other. So sometimes that fear…. Instead of being a balance of ‘no, I’m not going to get involved,’ it’s like…. [Makes harsh pushing away gesture.]

[In response to audience] You’re saying that sometimes people can be good friends and sometimes they can be these kind of false friends. Yes, that’s true, but that is exactly what makes them in one way false friends. What does he say here? “What are the slippery monsters that slide between love and hate?” So the time when they are very friendly and kind, it’s hard to know, do they genuinely care? Or is it because they want something? We don’t really know. So we have to give some space. Sometimes they are genuinely friendly. But we also know that sometimes their friendliness is because they want something. And it can sometimes be very hard for us—because of our own needs—to tell the difference between the two. Which is why I said that when one party is attached to the other one they don’t see it as, “This person is a false friend that is only pretending to like me but they don’t really.” They see it as, “This person really loves me, but sometimes they’re just out of control.” Or, “Sometimes they’re suffering too much. So I’m going to stay here with them and I’m going to save them.” So these things are very, very complicated. I’m just giving some hints.

I’m not saying every relationship is like this all the time. What I’m saying is that we have to look very closely at our own behavior. And also, for ourselves, to see when we genuinely care and when we’re attached or when we feel guilty. Because somebody might be this kind of false friend, and they might sometimes even really care about us, but then sometimes they don’t. I mean this happens in relationships, doesn’t it? Cases of domestic abuse are very good examples of this. But then when you face domestic abuse then you start saying, “Well did they ever care about me or were they using me all along?” Who knows? I mean, the other person themselves may not even know. But the thing is for us to be astute in our dealings with people. And that’s why you have—in cases of domestic abuse—one person keeps going back to the other one even though they’re treating them awfully. Or because they’re attached. Or maybe because they feel guilty. Or maybe because they’re going to rescue the other person. And maybe there was once true affection, or maybe…. You know, we go up and down. One moment we have true affection, five minutes later we’re using somebody. It’s true, isn’t it? So it changes. So it’s really hard to know.

[In response to audience] The thing is for us to try and be a true friend as much as we can, and not use other people. And second of all, to be wise and not get so attached to other people that we can’t separate when it’s an unhealthy relationship. That’s what I’m getting at.

But you know, we are afflicted sentient beings. So how much afflicted sentient beings can have 100% unpolluted love? Difficult. So we do the best we can. And that’s got to be good enough. And at the same time, we keep trying to purify the way that we care for other people. And if we do that, then we avoid both roles, actually, I think. Because if we can really care for other people then we don’t use them, and we also don’t let them use us. And we either say, no, I’m not going to get involved. Or like the Catholic priest who wrote Tattoos on the Heart, when he said, “I give my advantage away,” when people asked him, “Aren’t these people taking advantage of you?” He said, “I give my advantage away.” So sometimes, you give your advantage away. But you’re doing it with your eyes open, consciously, for the other person’s benefit. But when you do it out of attachment or out of guilt or out of rescuing, then it only reinforces the completely murky, tangled up, extremely painful kind of relationship. I mean extremely painful. We’ve all been through it, haven’t we? 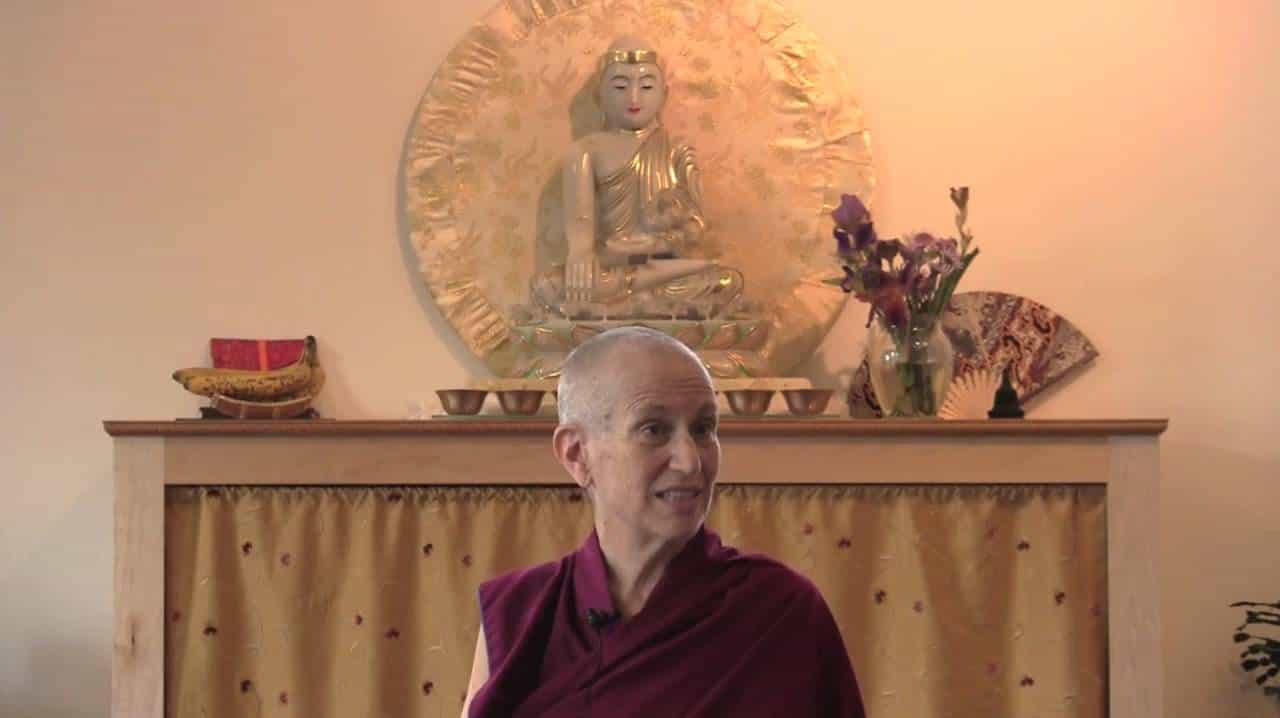 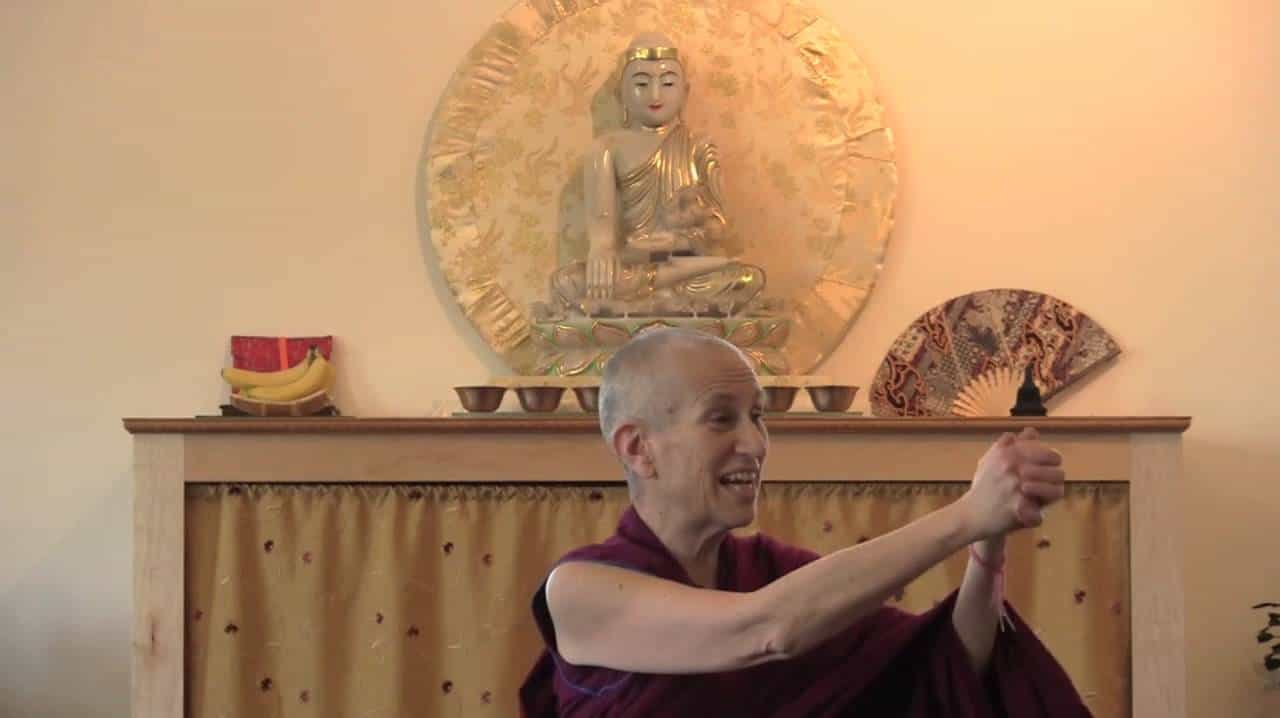