Verse 4: The darkness of ignorance

Verse 4: The darkness of ignorance

Verse 4: “What is the thick darkness obscuring the truth before our very eyes?”

Venerable Thubten Chodron: “Ignorance that has existed since time without beginning.”

What is the thick darkness obscuring the truth before our very eyes?
Ignorance that has existed since time without beginning.

Ignorance regarding the ultimate nature of phenomena

The ignorance regarding the ultimate nature is the root of cyclic existence because it’s the fundamental ignorance that misapprehends the way things exist. It seems, just to our normal perception, that things exist objectively out there and that the way we perceive things, whatever we perceive, is 100% accurate.

Instead, actually, that’s all a projection of our mind because things exist in a dependent way. So this fundamental misapprehension of thinking that there’s solid, concrete things, where no solid, concrete things exist. Here I don’t mean literal “solid, concrete,” but real, truly existent things with their own inherent essence and nature that exist objectively under their own power. Believing things exist that way sets the foundation for attachment, anger, jealousy, arrogance, the whole mess. So of course that’s the ignorance that ultimately we want to cut off from the root in order to be free from cyclic existence and also to realize buddhahood.

Ignorance of cause and effect

The second kind of ignorance is ignorance about conventional nature, specifically about the law of karma and its effects. In other words it’s ignorance that doesn’t see that our actions have an ethical dimension, that doesn’t understand that we create our own experiences and the situations we encounter by means of our own previous actions. This ignorance doesn’t understand that when I do things now the result doesn’t come just in the next five minutes, it may come lifetimes in the future. So this ignorance regarding cause and effect can’t really assess what are the causes of happiness and what are the causes of suffering because it has a very narrow view that’s only about this life. It doesn’t consider future lives. And it doesn’t consider the results of our actions and our motivations on future lives. So therefore we do a lot of things thinking that it brings us happiness but actually what we’re doing is creating the causes for our own suffering.

For example, you might be working on Wall Street—or not only those guys but us in our ordinary work, in our job or whatever—and we see some opportunity to take what hasn’t been given to us and nobody’s going to find out. We can take some money, we can take some goods, this, that. Or we lie, we fudge the truth a little bit for our own benefit and get something really special that we want or that our family wants. And we think, well, as long as nobody finds out, it’s okay. Because anyway the company doesn’t pay me enough and there’s no laws in the government against this so it must be okay. Or if I ever get caught I can interpret the laws this way or that way…. So we have our own way of hedging the issue. And so as a result we do lots of things thinking, “Oh boy, now I have this money, I have this possession, I have this opportunity, I got so much praise or fame because I tweaked the truth a little bit. And this is fantastic. It’s really going to bring me and my family happiness.”

Actions of stealing or cheating or lying, they’ll influence what realm we’re born into, what kind of body we take. They’ll influence the situations we encounter and the kind of habitual emotional behavior we have and physical actions we do. It influences the environment we’re born into. But not seeing all of that, and only looking at the immediate happiness we’re going to get from doing something, then we do that action thinking, “Wow, this is great.” Not seeing the long term result that’s going to bring a lot of suffering.

That ignorance that doesn’t understand karma and its effects is a real problem. Because when we ignore the law of karma then we create the causes for more and more suffering for ourselves. And we obscure our mind more and more by all these karmic seeds. And all that makes it difficult for us to understand the Dharma. Difficult for us even to be interested in the Dharma. And so for that reason, both of these kinds of ignorance we have to really put a cap on because they create so much problem in our lives.

To counteract the fundamental ignorance, then again we study, but this time we learn the teachings about the ultimate truth, the wisdom realizing emptiness and how to generate that.

Within the Buddha’s teachings, and the treatises and commentaries and so on, there’s so much to help us to learn, and then having learned it we have to contemplate it and understand it correctly, and then we have to meditate on it and put it into practice. And in that way we can overcome both these kinds of ignorance. 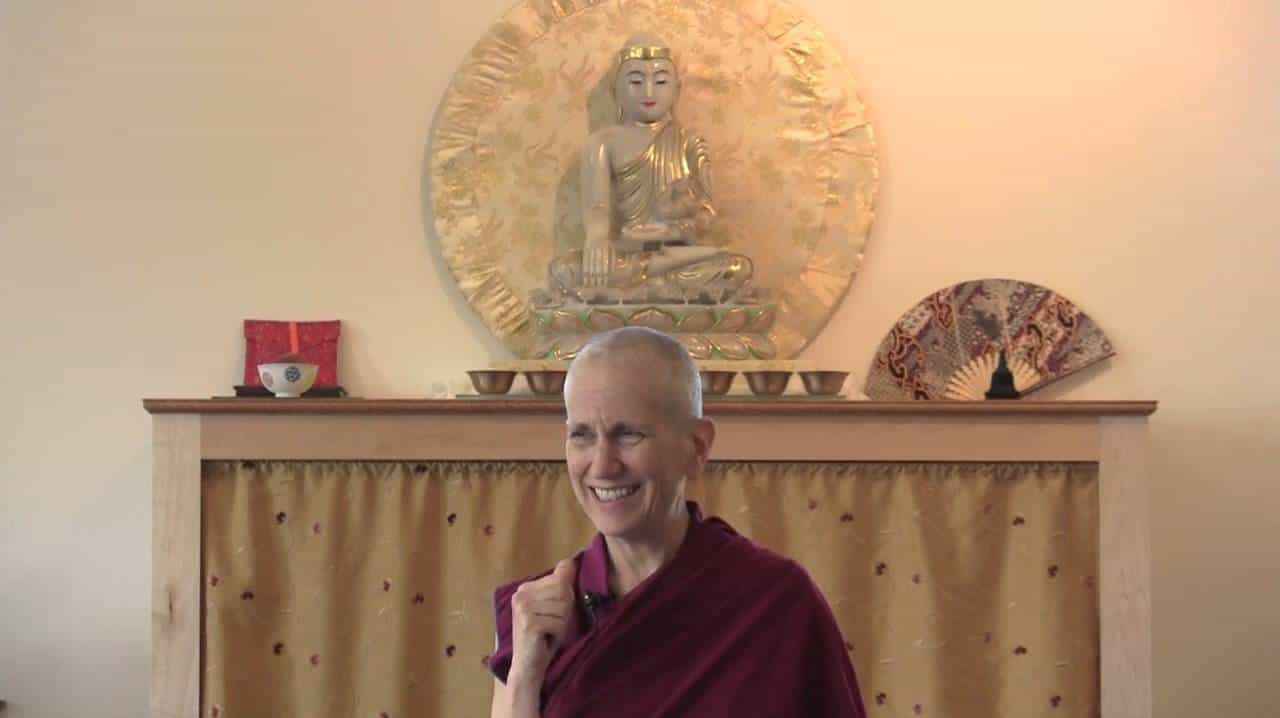 Verse 3: The fire of anger 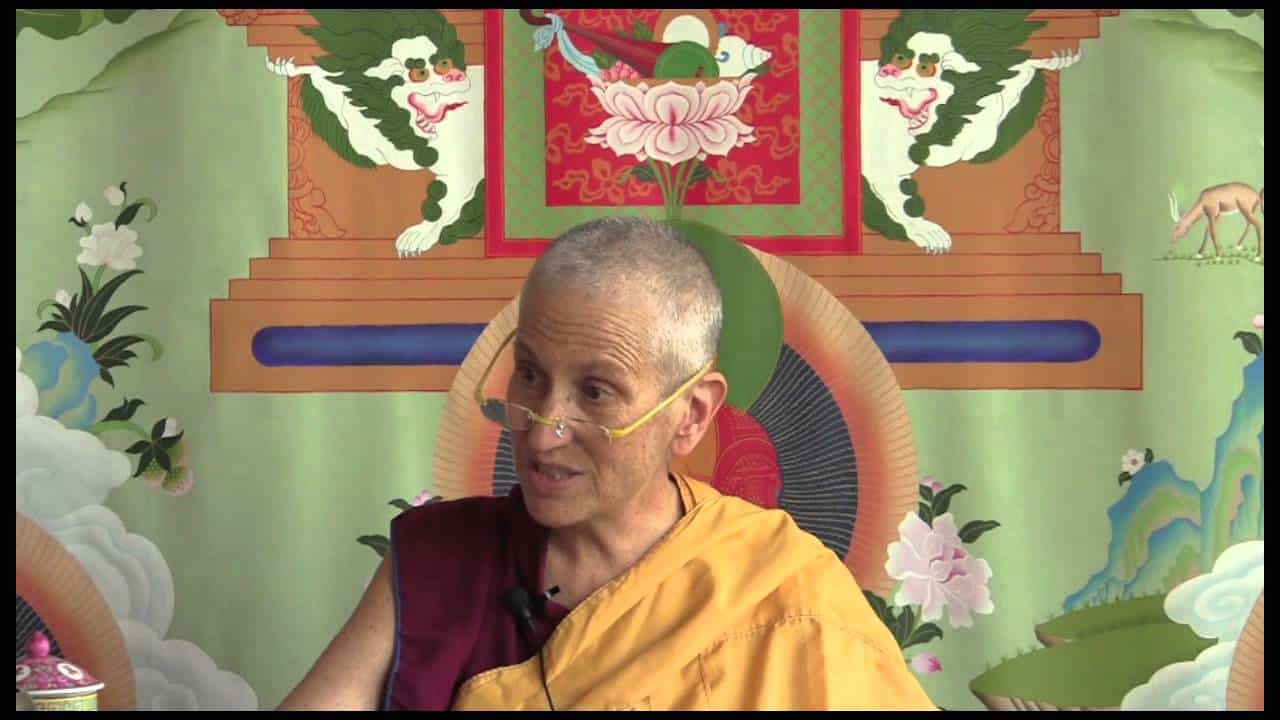