So we’re on Verse 18. The verse yesterday was about lying. So this one goes on to a different—dare I say—habit of speech we wish weren’t a habit.

“What sharp weapons slice hearts when people meet each other?”

Harsh speech. And? Creating disharmony with our speech. Those two.

“The saying of harsh and cruel things and the criticizing of others’ faults.”

True? Or not true?

What sharp weapons slice hearts when people meet each other?
The saying of harsh and cruel things and the criticizing of others’ faults.

This is relating to our discussion from this morning when we talked about forgiveness, isn’t it? Because when we went around and gave examples of people wanted to forgive it was about verbal things, wasn’t it? It was about things people said. Not even so much about what they did, but about what they said.

Words are really powerful. That thing that we used to recite when we were kids? “Sticks and stones may break my bones, but words will never hurt me.” That’s not true, is it? Words hurt, sometimes more than sticks and stones.

Where does the leave us? When we’re on the recipient end of criticism and harsh words, you know, people insulting us or whatever, or people talking behind our back, and how painful that is. It also leads us to see when we do the same thing to other people: we talk behind their backs, we talk harshly to them. Those two things are related, aren’t they? Once you understand karma you see that what others say to us and what we say to them are very related. They’re not unrelated incidents.

I’m somebody who doesn’t like to be criticized, like most people. And criticism would really hurt, and I would like, “Ahhh!” And I think a lot of the reason I hurt so much because of criticism is because I wasn’t in touch with myself. I didn’t know myself. I couldn’t evaluate myself. Therefore I would take whatever somebody else said to be true. So if somebody criticized me it was like, “Ahhhh! I’m such an awful person.” Or, “Ahhhh! People think I’m an awful person! Even though I’m not! How dare they think that of me.” You know? So either loss of self-confidence or a lot of anger at somebody else. And neither of those are actually very productive responses to criticism. Are they?

Whereas if we just look, and we assess, “Did I do what that person is criticizing me about? And if I did do it, then I need to own it.” You know? “Yes, you’re right, I did that. And I regret it. And I’m going to make an effort to change.” And then finish. It’s like, I don’t need to go into this big thing of, “I’m such an awful person, woe is me, I made this mistake. Ahhhh!” Because that’s just another encore of self-centeredness, isn’t it? “I’m so terrible!” But rather, “I made a mistake, yes, that person’s right, they pointed it out.” It’s like saying I have a nose on my face. I’m not going to dispute it. And if it’s something in myself I can change, I need to make an effort to do it. And if my reputation gets ruined because other people know about my mistake, so be it.

My mistake is my responsibility. Why do I want to protect a reputation that is based on a lie? If I made a mistake, and people lose respect, who am I to get mad at? Just my own self-centered thought that made me make the mistake. No sense getting mad at other people. And I probably made the mistake, that kind of thing, because I was getting a little bit too big for my britches. You know? Well, a little bit too big for my robes? [Laughter] You know, thinking that I was some kind of hot stuff and the laws of karma didn’t apply to me, so I could say anything I wanted and not experience any bad kind of consequences for it. And here I did, and I got caught, and okay, let’s be a little bit more humble now. And if my reputation gets tarnished, so be it. I created the cause. So I need to be careful about my speech in the future.

On the other hand, if I didn’t make that mistake, or have that fault, or whatever, then I just need to explain to the other person what’s going on so they have more information. Again, if I don’t have that fault, why should I lose self-confidence? And if I don’t have it, also, why should I fear about my reputation? “Well, because other people will think I did something that I didn’t do! And the first rule of the universe is everybody has to like me, everybody has to respect me. I have to be known as the best one in the universe.” [Laughter] Yes?

Let’s get rid of that rule, because that doesn’t hold. And how many times has this happened to other people? I’m not alone in getting blamed for things that I didn’t do, and my reputation declining. In fact, maybe in the past I’ve even said some untrue things about somebody else—either deliberately or because I didn’t have the correct information—that ruined somebody else’s reputation. Maybe, could I have done that? Hmm? Am I somebody who has never tried to ruin somebody else’s reputation? I’m totally innocent? Sweet? Never done that? Any of you like that? So okay, here what I did is coming back to me. Again, more humility. More determination to follow the law of cause and effect and really monitor what I say. If I don’t like this result, need to stop creating the cause.

Also, what in the world is a reputation? And how bad are things going to be if I lose my reputation? Because reputation is basically an image that you’ve projected onto things. If somebody knows you really well, forget about reputation. So we usually want a reputation for people that we don’t know so well that we want to impress. Don’t we? I want to look good. Whether I am or not, doesn’t matter. But I want to look good. So it’s like saying, “I want to be a hypocrite.” Isn’t it? It’s the same as saying, “I want to be a hypocrite.” Do we really want to be hypocrites?

So, the motto is, let’s watch our speech. And let’s not blame other people when our own reputation gets tarnished. And let’s learn to evaluate our own self so we don’t lose our self-confidence unnecessarily by thinking that whatever anybody else says about us, or thinks about us, is true. Because it’s not. 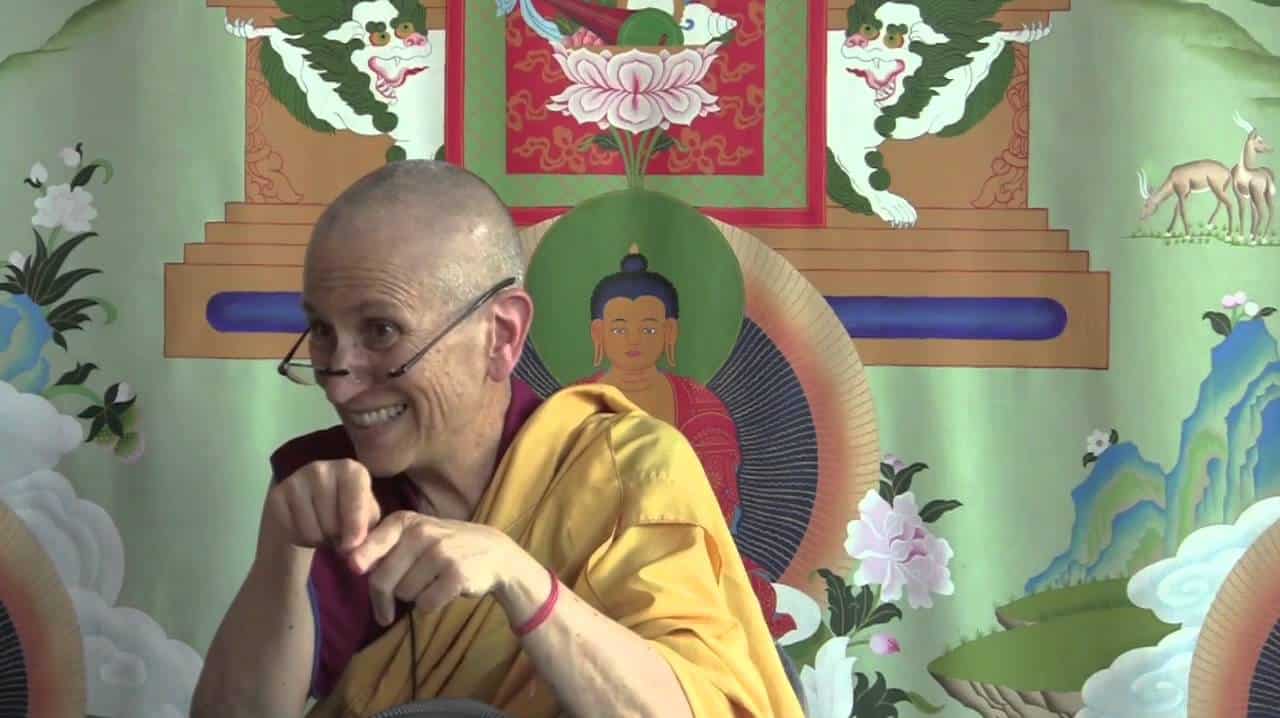 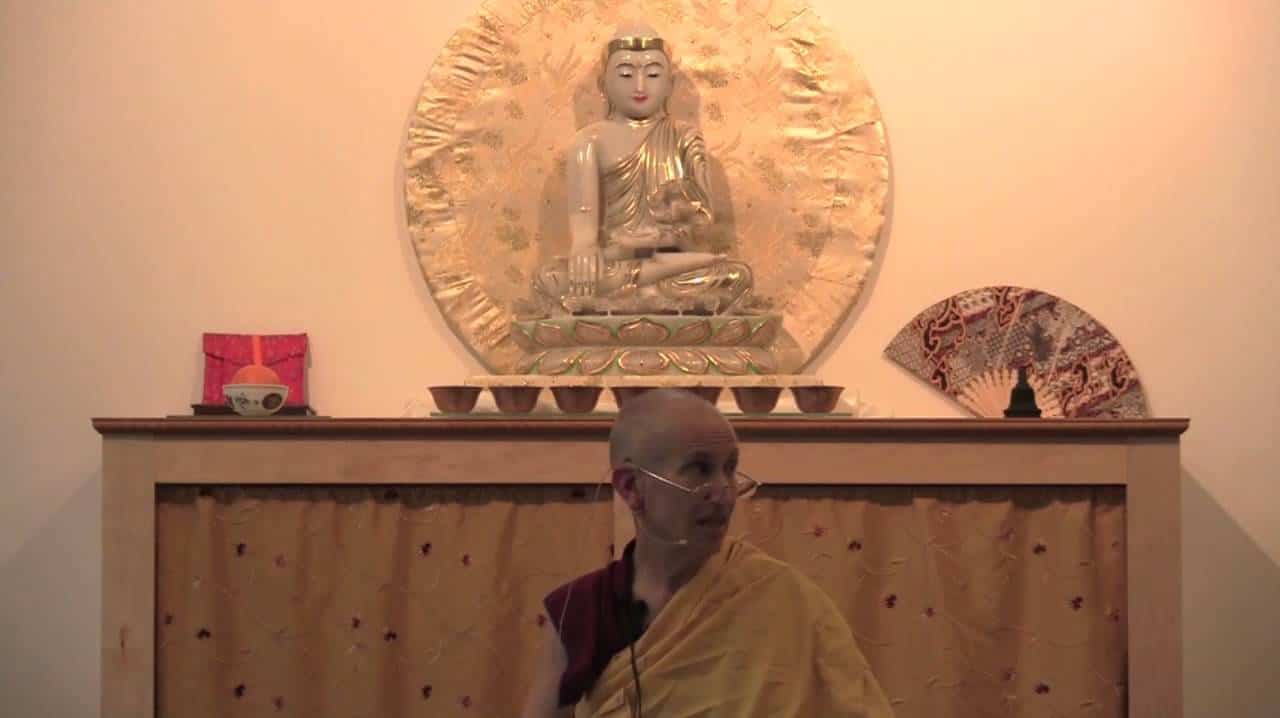 Relying on a qualified spiritual mentor