The first of five hindrances to concentration

The hindrance of sensual desire

When the mind has too much energy, the thing that most people go off on and that gives us too much energy is objects of attachment. Thus we sit and daydream. We may not call it daydreaming but it’s making plans, it’s imagining what we are going to do later, it’s thinking of the good times we had before, it’s thinking of what we want to eat, and who we want to talk to that will make us feel good, or what TV program or sport show will amuse us, or objects of enjoyment. The mind is seeking a quick fix of some external thing in the past or in the future that will bring some enjoyment, and so we go off on this. We have food fantasies, sex fantasies, job fantasies, holiday fantasies, family fantasies. We fantasize about anything and everything.

That’s called attachment to sense objects. Or, we’ll play music during our meditation in our mind. Instead of the mantra we have some kind of music going, you have a sci-fi movie going that you saw years ago. Venerable Tenzin Chokyi [a friend who did a six-year retreat] said she had “the ants go marching two by two” going on in her mind. All this stuff comes up.

If it just starts to come up and your mind isn’t really hooked by it yet, then simply bring yourself back to the visualization, back to the mantra. This is why you have to catch the distraction very soon. If you don’t catch it soon, then it’s already really full-blown. Then at that time just bringing ourselves back to the object of meditation usually doesn’t work. At that time we usually have to pause in our visualization; and do a meditation to see the defects of attachment, to see the ugly nature of the thing that we are attached to. Something like that so that our mind loses interest in that object.

If you’re fantasizing about food, you think of what it looks like when it comes out the next morning. If you’re fantasizing about sex, you mentally dissect the person’s body and look at the insides. If you’re thinking about the job that you really want to get that’s going to give you so much happiness, then you think of the downside—like you have to work so many more hours every day. Things like that. So you just look at the downside or the ugly side of whatever it is.

Or you think of the impermanence of that object: how it comes and goes so quickly. What then is there to get attached to? There’s nothing to get attached to! Better to take refuge in Tara, better to come back to the Dharma, better to do something useful with our mind. If your mind’s caught up in plans—some people like to plan a lot—then you have to remember, “That’s not happening now. I have to come back to the present and do what I’m doing. If I need to plan this, that, or the other thing I can do that later.”

One friend told me what she does when she sits down to meditate. She says to herself, “Is there anything else that I have to do now that cannot wait the half an hour or hour until I finish this session?” Like somebody’s dying in the house. I better take them to the ER and I’ll do my session later. But aside from something like that, if you check and everything else can wait, then you just mentally put it aside. You stay with what you’re doing, which is the Tara practice.

That’s for attraction to sense objects, we’ll go into the other ones later. 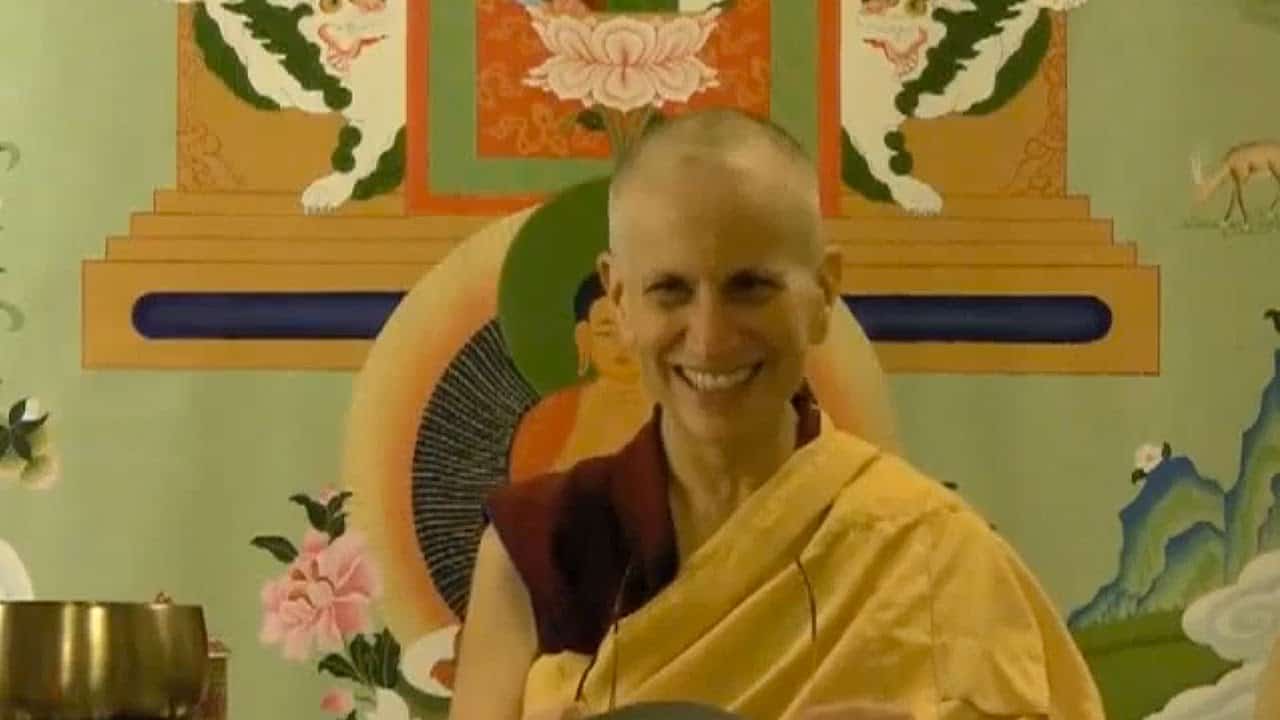 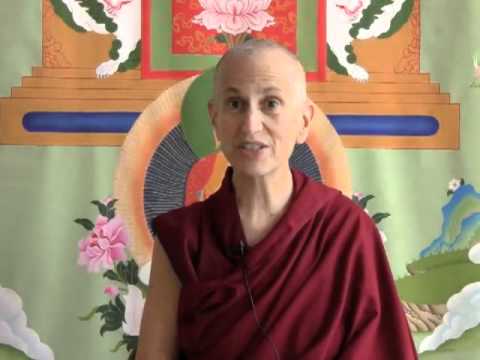