Why we take refuge

We have talked a little bit about White Tara, who she is and her relationship with all the Buddhas. She, on one hand, could be seen as a particular Buddha; or as a sentient being who attained enlightenment in that form; or as the manifestation of all the Buddhas’ omniscient minds. There are many ways to look at White Tara. The sadhana starts out with taking refuge. All of our practices start out with refuge because taking refuge is making a clear distinction in our own mind about what our spiritual path is. That’s very important because if we aren’t clear on what our spiritual path is, then we can’t practice very well. We’re going here and going there and we’re wobbling. So here we say, “I take refuge until I’m enlightened in the Buddha, the Dharma and the Sangha.” That is a statement of what spiritual tradition we’re following and what our practice is.

The Three Jewels: the Buddha, the Dharma, and the Sangha

The Buddha, the Dharma, and the Sangha are known as the Three Jewels. The Buddha is the teacher who discovered the path to enlightenment through his own experience, and then taught it to the rest of us in this world out of compassion, in order to lead us to liberation and enlightenment.

The Dharma in one way can be viewed as the teachings; in other way, and in a stricter sense, the Dharma is the true path and the true cessations. In other words, the realizations in the mindstreams of those beings who have seen the nature of reality directly; and the cessations of unsatisfactory conditions and of afflictions that they also have [ceased] due to having realized the nature of reality.

When we do the practice of taking refuge here in the Tara sadhana, in the space in front of us, we imagine White Tara. All of our visualizations are made of light; we imagine them as light, not a statue or picture of White Tara, but an actual being with a body made out of light. She’s surrounded by all the other Buddhas and bodhisattvas. We imagine that we’re surrounded by all the sentient beings and we are leading them in turning to Tara and the Buddhas and bodhisattvas for refuge. 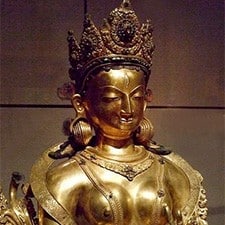 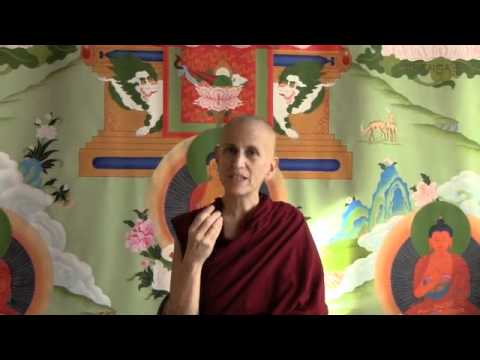