Love, the first one: the definition of love is to wish happiness and its causes. It is not just happiness; it is also the causes of happiness. It really makes us think, what is happiness? We think happiness is getting everything we want, but think about that again. Is that real happiness? Getting everything you want?

This is the big thing we are ignorant about: what are the causes of happiness and what are the causes of misery? We think we know, but we are actually quite ignorant about that. We do lots of things trying to be happy, and we get misery instead, don’t we? This happens all the time. And yet, we still do the same old things thinking they’re going to bring us happiness the next time, and yet they still bring us misery. Sometimes we do things that we think are going to make us miserable, but they actually make us happy. My mother and father made me do all sorts of things when I was a kid that I didn’t want to do, and they said, “Just do it, try it, and you’ll be happy. I didn’t want to do those things. Actually my parents were right; I had great fun. But they didn’t understand about Dharma. That is the real thing that brings happiness.

The fourth one is, “May all sentient beings abide in equanimity, free of bias, attachment and anger.” Equanimity is a mind that is free of attachment to friends, anger, dislike of other people and apathy toward strangers. It is a mind of equal-hearted openness toward everybody.

Those are the four immeasurables, and I’d like to talk about them in a little more depth because they’re quite important for working with a lot of the problems we have in relating to other people.

Our mind tends to be very biased, as it says in the last one, “to be free of bias, attachment and anger.” We tend to be so biased. People who are nice to me, who like me, who agree with me, and those who give me things—or give me things that I want—those are the friends that I love and I’m attached to and that I never want to be separated from. People who criticize me, who get in my way, who don’t agree with my ideas, who find faults and give me things that I don’t want: those people are enemies and I have a lot of hatred and aversion towards them. Everybody else who doesn’t interact with me in one way or another, they’re just…nothing. I don’t care about them. It is almost as if they don’t have feelings.

We get caught up in these three feelings of attachment, aversion, and apathy in relationships to the three groups of people: friends, enemies, and strangers. We get stuck in a lot of quite difficult situations and become like an emotional yoyo according to how we view these three groups of people. Yet it’s basically our own mind that makes somebody into a friend, an enemy, or a stranger based on how they treat me. Because I’m the center of the universe, right? I’m glad you agree!

We will go into a little bit more depth with these immeasurables in the upcoming talks. In the meantime, just observe how your mind categorizes people into friends, enemies, and strangers based on how they relate to you—the center of the universe. Or, how they relate to other people or things that are important to you as the center of the universe. Just observe how that happens. How you categorize people. How you then generate the three emotions: the attachment, aversion, and apathy. Then, what happens after that? How you act toward these three groups of people. What are the results of your actions on yourself and on others?

Do a little bit of research on that, on how the system is working now, and that will help us see the flawed way of thinking and then that will open our mind to what to look at in a different way. 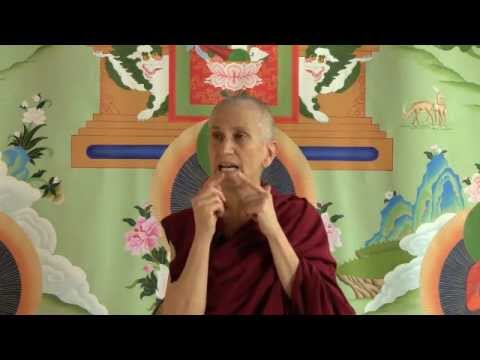 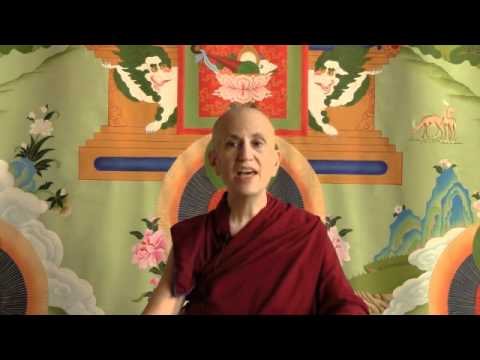