The fourth of five hindrances to concentration

Restlessness we know very well, don’t we? Sometimes our body is restless; sometimes our mind is restless. I remember years ago when I did my Vajrasattva retreat, it was so hard to sit still and I had so much pain in my legs and I finally realized it was due to the restlessness energy. It wasn’t really due to my legs hurting; it was due to just so much restless energy. When you have a lot of physical restless energy, it’s good to do some exercise and qigong and yoga and tai chi and these kinds of things. Sometimes just gentle breathing meditation can calm your physical restlessness, as well as your mental restlessness.

Then there’s regret, as the second part of this fourth hindrance. Regret here means that you’re worried that you should have done something you didn’t do or that you did do something you shouldn’t have done. It’s this kind of uneasiness in your gut, “Oh, I should have done that,” or, “I shouldn’t have done that.” It also often brings a lot of confusion, such as, “What should I have done?” And that can keep us gone for a long time, can’t it.

I think in any situation to really sit down and say, “Okay, what was my motivation,” and to be as truthful as we can. Sometimes our awareness of our motivation is not very clear and it takes years for it to become clear, but we do the best we can. Then based on what our motivation was, we either take responsibility or don’t take responsibility. If we acted with a clear conscience and a good motivation, then there’s nothing to worry about. We can’t control other people’s actions. But if we acted in a deceptive, deceitful or pretentious way, then we should definitely regret that and not just sit around and regret it with guilt, but do purification practice. Because if we do purification, then that cleanses that mental tightness, as well as the karmic seed, and then we learn from the experience and we can go on.

Audience: It sounds like there are two meanings to the word regret, and I’d like some clarification.

Venerable Thubten Chodron (VTC): Yes, there are two meanings for the word regret. Actually, there are multiple meanings. When you look at the mental factors, regret is one of the changeable ones, the variable ones. Because while regretting our negative actions is definitely good, sometimes we regret our virtuous actions, and that’s not very useful for Dharma practice, to regret our virtuous actions.

Audience: I get tangled up…

VTC: We get very tangled up. Like you go and do retreat, but then you come home and a family member is unhappy. So then you say, “Oh, I’m so selfish for going on retreat. I’m so bad. What am I doing this for?” You regret going on retreat, which you did with a good motivation, and at your retreat you created virtue, but then you start getting filled with all these wrong kinds of regret. Whereas when we’re angry and we tell that same relative off, we don’t have any regret; we should regret that. Sometimes there are things that we didn’t do that we feel like we should have done and we regret those and we get tangled up there too. Sometimes we didn’t do that thing for a selfish reason; other times, we didn’t do that thing because we felt it was best not to do it, or sometimes because we didn’t even know about it.

Audience: I was wondering, in the Pali there are two different words that we translate as, both of them as regret, do you know? 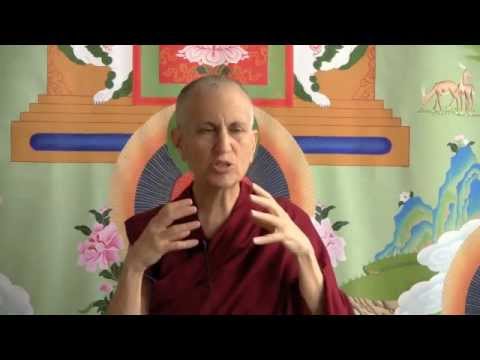 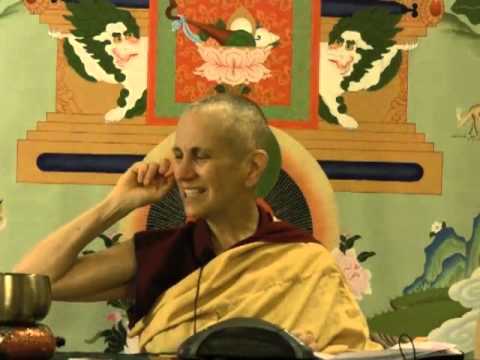 Review: Mindfulness of feelings and mind