Motivation and our dignity

Motivation and our dignity

I wanted to talk a little bit more about the motivation because last night when we were watching the video of nonviolent communication, Marshall Rosenberg told the story of his son going to a new school. He made the point of not letting institutions either suppress you and make you just kind of cave in, or not letting institutions make you rebel. I was thinking about that a lot because we’re always in relationships to institutions. Society’s one big institution, isn’t it? A family is, a Dharma center is, a work place is, a prison is, a school is—all groups have their own rules, so to speak. They are institutions in that way, whether they’re legal entities or not.

Resentment in relation to others

We always have to deal with people who are in positions of authority in whatever groups we happen to be a member of. Even when you’re playing baseball, there’s the captain of the team and there’s the coach. We’re always in these kinds of relationships. Often when we have issues with these kinds of things, we react in a very knee-jerk manner. When we come across something in the institution that we don’t like, the authority figure says something to us that we don’t like, then we often do one of two things: we either capitulate or we rebel.

Either one we do, we are still being controlled. When we capitulate we store resentment against whoever or whatever it is; when we rebel we have the same resentment, we just act it out. When we rebel we think that we’re stopping the influence that the institution or authority has over us by saying, “No, I don’t like you, get lost, I hate you.” But actually, why are we acting like that? It’s because it has so much power over us! Not necessarily physical power, but mental power. It’s the mental power that we have to deal with.

We can’t always deal with the external situation. Somebody can fire you from a job—they have the power to do that. If you’re in prison somebody can put handcuffs on you. If you’re in a family someone can spank you. We can’t always control the physical situation but we need to learn to work with the mind. Whether we capitulate out of fear, or rebel out of anger, our mind is not free. It comes to the same point, doesn’t it? It’s sad because we sometimes say, “Oh, if I capitulate then they have the power, if I rebel, I have the power.” Actually, that’s not the case at all. Our mind is under the power of our wrong way of thinking, either way.

Check out your experience deeply

What do we do to get out of this? I think this is where we really have to do a lot of work in our meditation. Check out: “What are the kinds of issues that I have with institutions, with authorities? What is my knee-jerk pattern? Why do I feel so threatened?” Yes, there may be physical threats, but sometimes the physical threats aren’t really the problem. It’s the mental way I feel threatened. Or it’s the way I mentally react to the physical threats. Or maybe there aren’t even any physical threats but my mind just doesn’t like to be told what to do. I’ll volunteer for that one! Anybody else? I’ve lived with all of you. Come on!

Relying on our sense of dignity

Where are we ever going to go where we’re not going to have to deal with that situation? Where in cyclic existence? Everywhere! I don’t care who you live with or who you deal with. So, if we’re going to be able to find some peace in relationship to institutions and authorities, that’s going to be found inside here [pointing to her heart]. I think it has to do with us believing in ourselves, and having self confidence, and having our own sense of integrity and dignity that doesn’t depend on other people. Being able to act from what we know is right in our own heart without having to make a big display and big case about it—unless it’s of benefit to others to do that.

Anyway, there’s a lot to think about, so please think about it. We can discuss it some more. But the point is, when we do the meditation, we shouldn’t do it with either, “I’m rebelling against all this religious stuff,” or, “Oh, they told me to do this so I better do it and be a good kid.” You don’t want to go either way. You want to do it because you know the value of doing this practice; because you believe in this practice. You’ve made your own assessment with your own wisdom, you’re committed to doing it; you want to do it for the benefit of others. You’re not doing it out of obligation or coercion or authority issues or rebelliousness or anything like that. You’re doing it with a real, genuine, sincere motivation for the benefit of sentient beings and to attain enlightenment. 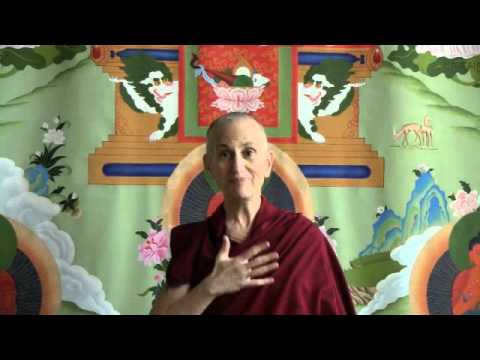 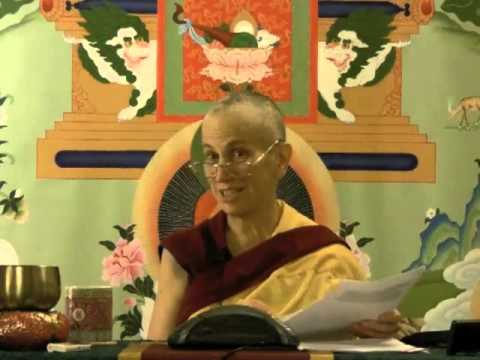