We also have to be able to forgive ourselves. Sometimes, we make mistakes in our lives and then we really get very down on ourselves and say, “I’m a failure. I’m a catastrophe. No wonder everything goes wrong, blah, blah, blah…” That kind of self-demeaning is just as unrealistic as holding a grudge against somebody else for something harmful that they did.

The fact is, whether it’s us or others, people make mistakes. We have the option of holding onto our anger for them or for ourselves, but holding onto anger only makes us miserable. When we learn to forgive ourselves for our mistakes then we can also forgive others for their mistakes. That opens the door to have a compassionate feeling towards them.

If we’re still holding a grudge, compassion is very difficult, isn’t it? “How can I want them to be free of suffering? They hurt me! I have every right to get revenge! They deserve it!” We go on our own bandwagon and that anger gives us a sense of power. It’s completely ridiculous because motivated by that anger to retaliate; we just create more negative karma and get more suffering results in this life and in a future life.

Forgiveness is simply our letting go of our anger. It doesn’t mean that what the other person did was right. It doesn’t mean it was okay. It’s simply us deciding that we’re tired of being angry because anger hurts us.

When we have compassion for ourselves, we want ourselves similarly to be free of our anger, and our greed, and our rebelliousness, and our lack of consideration for others, and so on, and so forth. In that way, also extend love: wanting ourselves and others to have happiness and its causes. We should not think that love and compassion are just for other people; that we’re worthless sentient beings who aren’t worthy of it. Because we say, “May all sentient beings have happiness and its causes and be free of suffering and its causes.” So “all” must include us.

We have to be able to make peace with ourselves; with forgiveness, with honesty, with a lack of arrogance, and with a certain kind of love and compassion for ourselves. That can also be extended to others because we and others are exactly alike: wanting happiness, not wanting suffering.

So there’s a lot to practice there, right? 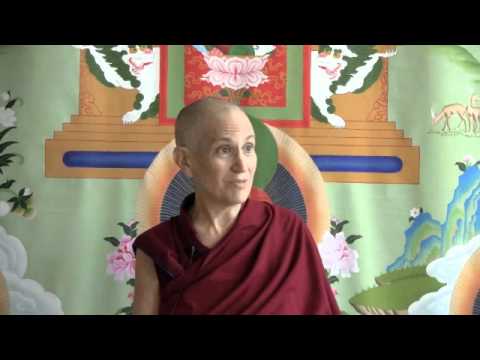 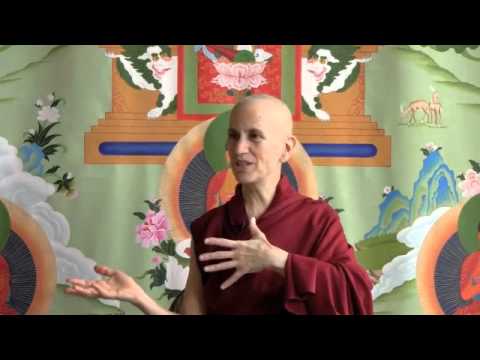