When others, out of jealousy,
mistreat me with abuse, slander, and so on,
I will practice accepting defeat
and offering the victory to them.

This is another verse that Americans can’t stand. Because the idea of offering the victory to somebody else is antithetical to the country.

Have you ever caught yourself continuing an argument that you know is unnecessary to continue? How about arguing a point that you know is wrong? This is often the case. I know myself, sometimes I’ll be saying something, and I actually believe what the other person is saying, and what they said has more reason than what I’m thinking, but I don’t want to give up my pride and be wrong. Because what’s worse than being wrong? So continuing to argue a point.

This verse really hits on our pride. The attachment to being right. It’s hooked into attachment to reputation, because there’s this feeling that if I give the victory to somebody else, that then they will take advantage of me the next time, that then I will lose standing, that then people won’t respect me, and so we cling on and we argue a case.

Differentiating that situation from a situation where we know that the other person, let’s say, is doing or saying, or what their position is, is incorrect. And I’m not talking about philosophy, I’m talking about behavior, and they’re holding onto it, and what do we do? They’re holding onto their position, they’re not going to succumb. So we feel we have to hold onto our position and not give in either. And then the argument really reaches an impasse.

I’m thinking of a situation where there’s danger involved, and somebody wants to do something dangerous, and the other person is saying, “Hey, look out.” But the first person won’t listen. They’re holding on. Then the second person, who is really arguing their point because they care for the first person, do they give in? How do you deal with that kind of situation? And that can really be a tough one. Especially when somebody is really clinging onto a position that could potentially be very, very harmful.

This verse is talking about when we’re doing that, which is easier to solve, I think, than sometimes when other people are doing that, when we’re in a situation. You know, sometimes, like a parent with a child, or just where somebody has more knowledge than the other person. That can be quite difficult.

Sometimes what we really want is just for somebody to hear us. We need some empathy, or we need some understanding. But we don’t say that, we say, “You’re wrong (and etc.).” So there’s all this miscommunication that’s going on because we don’t see our own pride, we’re not aware of our own need to be heard or to be acknowledged, so we get really stuck in those situations.

It’s good if we can learn to figure out what it is we really need. When we’re arguing a point ad nauseam that isn’t getting us anywhere, and it’s done out of arrogance, then to ask ourselves what are we really needing in that situation. What is really going on? That’s something to think about.

Anybody have ideas when you think about situations? Have you ever done that?

Audience: It’s interesting when you watch the mind that when you might admit you’re wrong to one person but not to another, so there’s an element of not wanting THAT person to be right because you’re annoyed at that person to begin with, or something. Maybe expecting them to react different than another person would do. I know that when somebody admits they’re wrong or apologizes to me, I try to be very accepting of that because otherwise you create a situation where people don’t want to do that.

Audience: This morning something happened. This morning I was told that I took the food away too early. In my mind I didn’t take the food away, I just left the spoon of the bowls that they have used, and I left it there. I put the lid on it. Everybody was chatting. Behind that, I know, is that I’m the type of person that quick, quick, done. And I disturb people. So I know that is behind it. But first when it comes, it’s, “Come on guys, I left the spoon and the bowl. If you need it, just remove the lid.” But that’s not it. It’s, “You’re too quick to get your things done and you disturb people.” That what is behind it, I think.

VTC: That’s good. If you recognize, okay, you have a different style of doing things, and it disturbs other people, then you know that you can avoid the whole argument altogether if you just slow down a little bit. Or if you don’t attach so much value to your way of doing things.

Audience: This morning when I was in the kitchen, I was putting away the dishes from breakfast, and I could not figure out where this one cooking tool was. I was pacing, I was so upset, I was like, “Who put it in the wrong spot? Why would they do that to me?” And I was like, “It should be this way, there’s no reason why it’s not this way. And somebody did it wrong. And my way is absolutely 100% right.” And I was going through all the scenarios why I’m right in my head. Some of it was actually out loud, too. And it’s just such a small problem to be having, and I was so upset over it. And there’s no way of offering the victory to the other person, I still think that I’m right. So I’ve got to work with that. Those non-negotiables like my way or the highway. I have to work with that. Especially in the kitchen.

VTC: The kitchen seems to be a real hot place for holding onto a position that I’m right and other people are wrong. It’s amazing how that is.

I tell people there are three things you’re not going to like at the Abbey. The way the kitchen is done, people always have complaints about that. The schedule. Some people dig their heels in about the schedule. They don’t like it. And the chanting. So we have an opinion, and we just hold onto that, and this mind of there’s one right way and I have it. That’s the mind that precedes the whole argument, but sets up the whole argument. The mind that says there’s one right way to do something. The cups have to be put in the cupboard right-side up. Not upside down. And those people are wrong because they should be upside down. That’s how I was raised.

It’s quite interesting when you look at this, and you see how our mind sets us up for so much suffering, because when we have that kind of argument over who’s right and who’s wrong, everybody suffers.

And we see it in politics, don’t we? And we see it in relationships between different groups. Everything we’re learning in Dharma applies at all levels of human communication.

Just this morning I was reading an article in the Times about a high school, George Washington High School in San Francisco, and it has some murals that were painted during the Depression, and the murals were of George Washington. The artist who painted the murals was a communist and he, often in his art, tried to debunk the glorious legends about the founders of the country. So in his mural he painted George Washington pointing west over a dead body of a [Native American]. And he painted Washington’s slaves working at Mount Vernon. And at the time of the Depression many people (in San Francisco) liked his art, and he was kind of trying to expose what was really going on. Nowadays, there are students from all sorts of races and backgrounds at the high school, and many of those students would like the murals removed because they show a history that’s very painful for their own group. So there’s now a discussion…and every group is split. The students are split, the educators are split. Some say it’s a historical thing and the painter had a good intention, we should leave those things so that we can really point out, look at the reality of George Washington. There was no cherry tree in the murals. And other people are saying, no what they depict is white colonialism, and we should get rid of it. And they can’t remove the murals, it would be too expensive. They would have to be destroyed. So this controversy about that, too.

But it’s interesting because everybody has an opinion, both parties are liberal politically. And yet, they have different opinions about what should be done in the case of these murals. And again, we dig in our heels and we fight for our way, even though, in this case, the underlying principle that people are trying to express, which is non discrimination, they agree on.

So yes, let’s take a look at that thing where we get attached to our viewpoint, and attached to being right, and argue incessantly. 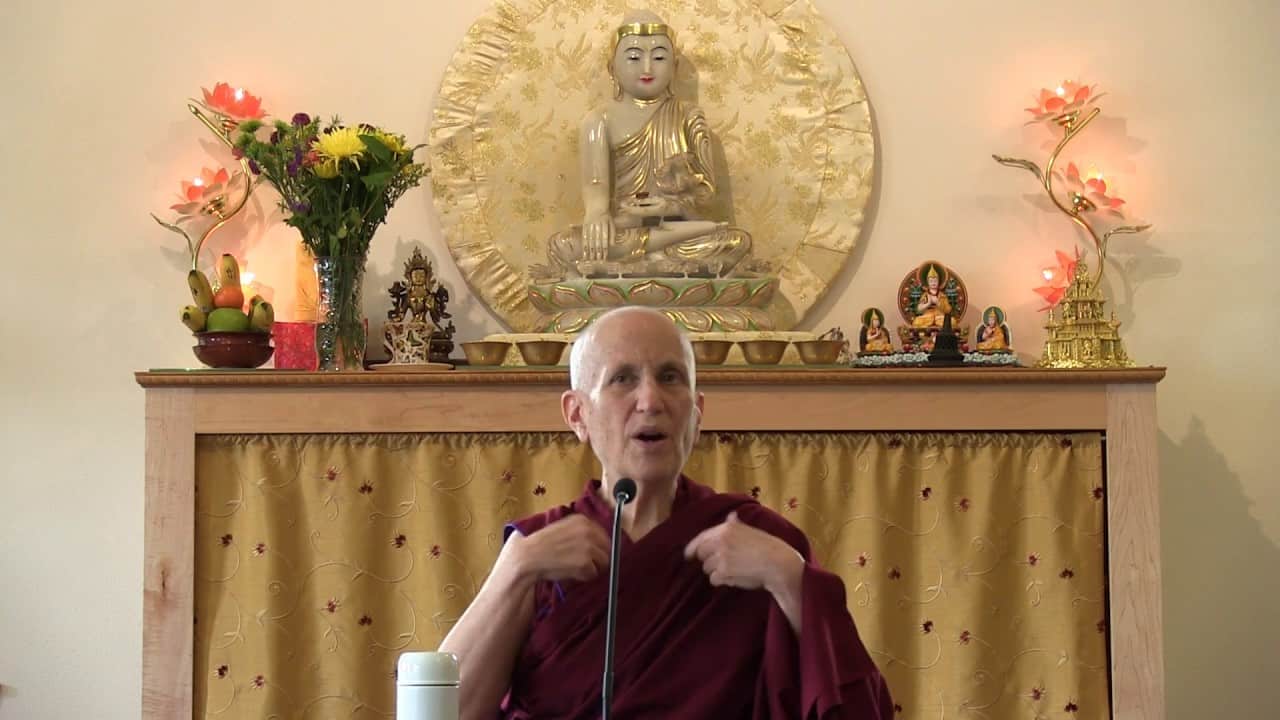 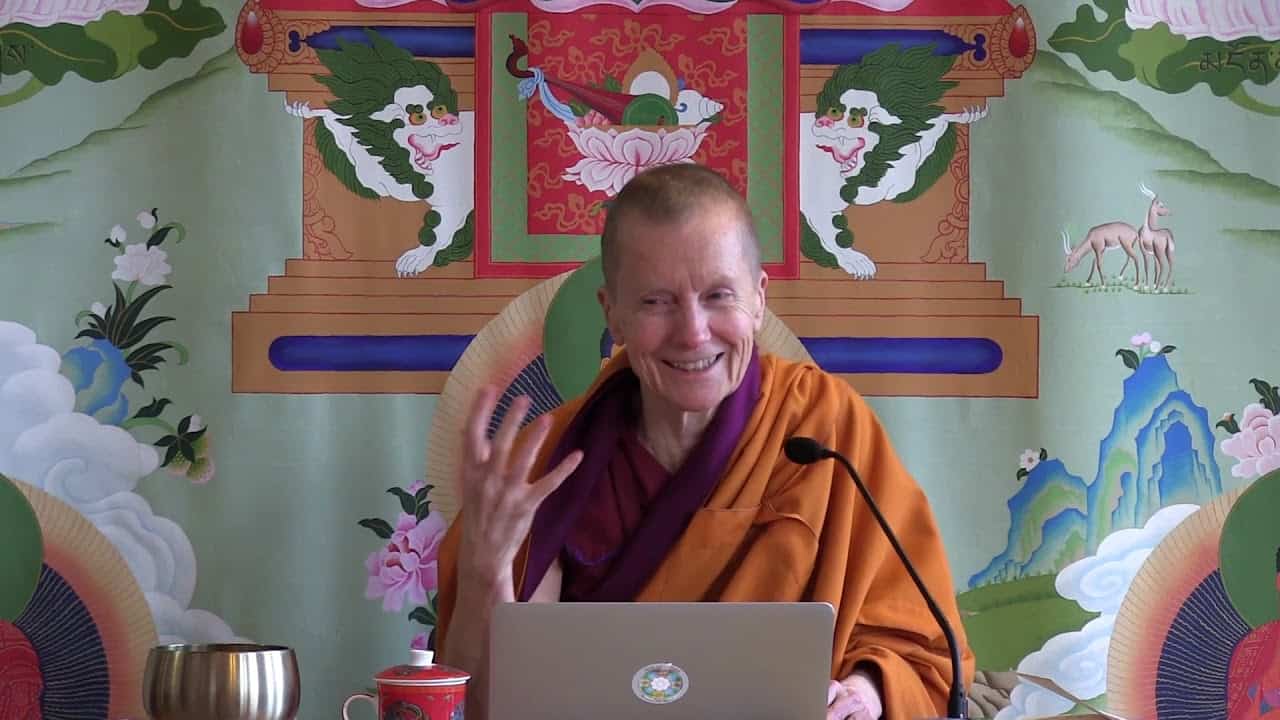