Holding others as supreme

Holding others as supreme

Verse 2. What a verse to have now while this whole thing with the Kavanaugh confirmation is happening. Listen to this verse with that in mind, and after watching what went on in the senate yesterday.

Whenever I am with others
I will practice seeing myself
as the lowest of all,
and from the very depths of my heart
I will respectfully hold others as supreme.

Did we see any of that in Kavanaugh’s testimony yesterday? You can imagine how different things would be if you had an issue like that….

When it says, “I will practice seeing myself as the lowest of all,” it doesn’t mean that you give up and you surrender, and you say you’re nothing, and you don’t put forward your views or advocate your own views. It means that you don’t dominate things and cut other people off with this power that you’re going to win no matter what that steamrolls over other people. We hear “see myself as the lowest of all” and we think we’re just timid little things, we don’t ever say anything. It doesn’t mean that. But when you see–especially as we saw in the senate yesterday–that kind of behavior, that’s what it’s talking about balancing out and neutralizing, so that in our hearts we have genuine respect for other living beings, and that (in the case of what we have going on now), that we have respect for the country, we have respect for our institutions. What’s happening now, where people are not seeing themselves as lowest of all, cutting each other off, not answering questions, engaged in partisan attacks, it’s making people lose faith in the system of government we have because the senate is acting like…. I don’t know. Sometimes when you watch these nature videos and you see the monkeys all having a big hullaballoo. It seems like that. We’re human beings, and I think our character is so important. It’s not just about winning and reputation, and Kavanaugh’s ambition to be a Supreme Court judge, but it’s about how things affect the country and our institutions. Will people respect the Senate after this? Will people respect the Supreme Court, and the whole judiciary system, after this? Because judges are supposed to be non-partisan, but Kavanaugh was anything but non-partisan in his talk yesterday.

I’m not just talking about them, because we have, all inside of us, this thing when we get locked in to I want things a certain way, or I believe a certain way, we get this energy where I’m going to push it, and I’m going to push it through, and I’m not taking no for an answer come hell or high water, and I don’t really care what happens to the other people around me, because my ego is so engaged in getting my way that human beings cease to matter. An extreme situation, but it happens enough in this world that it’s not so extreme.

Instead of being like that (I’m going to get my way no matter what), he’s saying, “And from the depths of my heart I will respectfully hold others as supreme.” In other words, the people that I’m dealing with, that I’m working with, I will respect as human beings who have feelings, who have their own viewpoints, who have their own needs. Whatever I do, I will include the people that are going to be influenced by my actions. I’ll include thought and respect for them in what I do.

It’s really a call for us to respect other living beings, and to realize the effect of our actions on others, both short-term and long-term, and to do something with this energy that we all have of “I’m digging my heels in and they’re concrete and I’m not budging for this and I’m going to win. I’m going to bully everybody until they capitulate.” That clearly isn’t Dharma behavior, and it’s not the behavior of the kind of character that we’re trying to build as practitioners.

One of my old Dharma friends once mentioned to me that to him Dharma practice is character building. It’s not just learning lists and debate, it’s character building. How do we transform our character into something that is respectable and that respects others? That is honest and worthy of other people’s trust? That is open-minded and yet wise and not wishy-washy? Really working with our own minds on this, to try and build our character.

Even though we may not be in the Senate, we still can get dug into our own views sometimes. Remember this verse then. “See myself as the lowest of all.” Again, that doesn’t mean I don’t advocate for my ideas. He’s saying to respectfully hold others as supreme, to value other living beings while we’re negotiating with them. While we’re listening to their viewpoints and expressing our own viewpoint.

It sounds so good, and it’s so hard to do. Isn’t it? When our mind gets attached to an idea. I’m not even talking about possessions, just ideas, our mind [gets so narrow]. It’s amazing what attachment and anger do, how they narrow the mind and limit our perspective and our ability to see huge amounts of dependent arising. 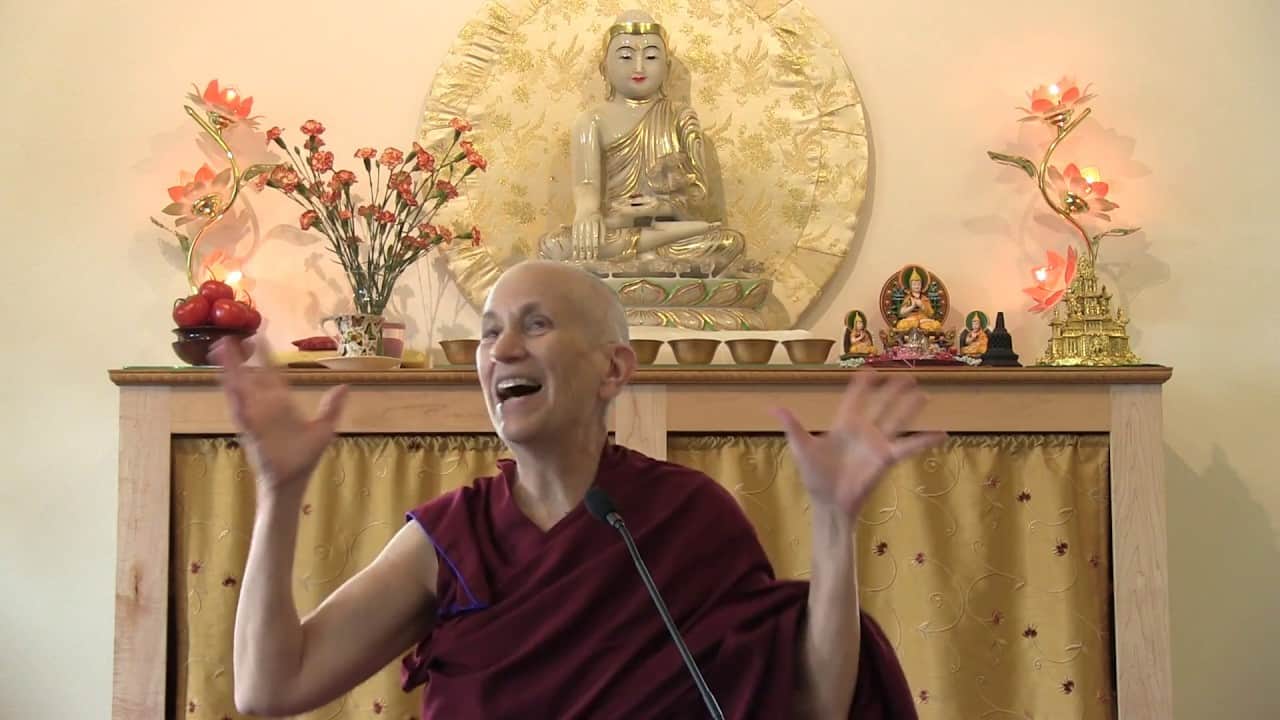 Purpose of a monastery 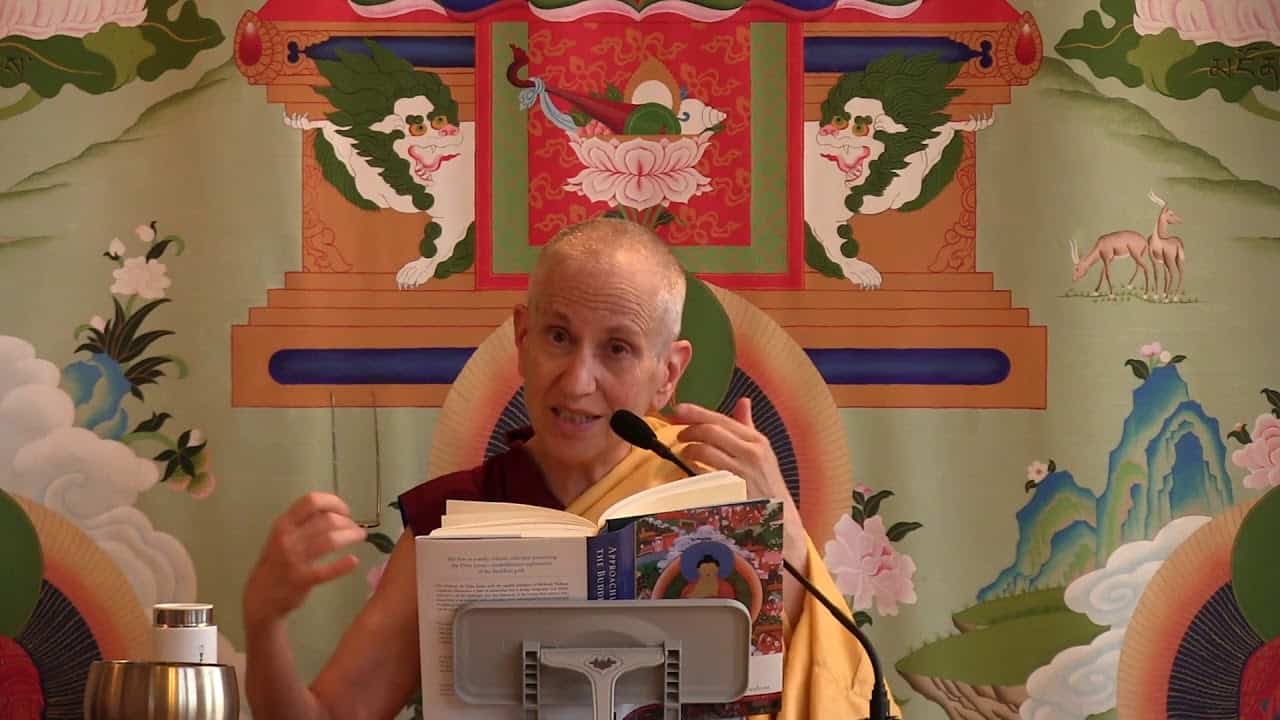 The possibility of ending duhkha