Verse 27, “What is the ball of dirt that can stain even a god? Not guarding with close attention the spiritual precepts one has taken.”

What is the ball of dirt that can stain even a god?
Not guarding with close attention the spiritual precepts one has taken.

When they say, “Stain even a god,” I think that’s emphasizing—because gods are usually considered a higher level of rebirth and a little bit purer than human beings—this is something that can stain even a god. By not “guarding with close attention the spiritual precepts one has taken.”

We start out taking the five precepts, the five lay precepts. I think you all know those: to abandon killing, stealing, unwise and unkind sexual behavior, lying, and taking intoxicants. And then from there we progress to monastic precepts. The lay precepts and all the different levels of monastic precepts and even the one-day vows, they’re all included in the broader category called Pratimoksha or “individual liberation” precepts. And so that level of precepts is primarily dealing with actions of body and speech to help us restrain those gross actions—physical and verbal actions. Of course to do that you have to look at your mind and guard the mind. But it’s really starting out on a very gross level with what we say and what we do. Which is already hard enough to restrain. And included within that we also try and abandon the ten non-virtues. The ten non-virtues: To abandon killing, stealing, unwise and unkind sexual behavior, lying, creating disharmony with our speech, harsh speech, idle talk, coveting, maliciousness, and wrong views. So we try and work on that.

Then the next higher level of precepts we take are the bodhisattva precepts, and with those the primary focus is to help us create love and compassion and bodhicitta and not let it degenerate, and also to practice the six far-reaching practices, or the six paramitas. Also translated as perfections. So those precepts are really for somebody following the bodhisattva path, and really emphasize love, compassion, bodhicitta, and the six far-reaching practices. Those precepts deal with things that are much more subtle than the Prātimokṣa precepts do, so they’re going to be more difficult to keep.

Also, with some of the bodhisattva precepts you don’t have to do or say anything to transgress them, you can just by your thought, by your mind being in the wrong place, transgress them. Whereas the Prātimokṣa precepts to actually transgress you have to say or do something.

Then the next higher level of precepts after that are the tantric precepts. And those are designed especially to eliminate impure perception and help us to develop pure perception so that we can gain the realizations of the generation and completion stage in tantra. And those are even more difficult to keep because there are even more of them that can be transgressed simply by your mental state.

It’s very important when we take the precepts to start with the basic five precepts, or some level of Prātimokṣa precepts, then do the bodhisattva, then do the tantric. They go in that order. So you don’t just jump to the highest level of precepts because you’re going to be totally lost. Also because you have to take the lower ones before you’re allowed to take the higher ones.

All these different levels of precepts are not rules meant to stifle us, but they’re things that we have already thought about…. You know, we think about our motivation, we think about where we want to go in life, what our goals are in our spiritual practice, and then we take these different levels of precepts because we know that when we do it gives us more inner strength to not do the actions that we’ve already decided we don’t want to do.

I think this is a very important element of taking precepts, that it’s not somebody else’s list that is being imposed on you that you have to do. But rather, you’ve seen that to get from where you are to where you want to go in your practice you need self-discipline and you need restraint. And the things that you need to restrain—you know, discipline yourself about—are the exact things that are being described in whatever level of precepts that you’re taking.

In that way you really see that you take the precepts voluntarily because you see the benefit of it, you see that they help you. You’ve already decided that you don’t want to do those things, but you realize that very often your mind is weak or you space out, your introspective awareness is not that great, your mindfulness isn’t so great, so you know that taking these different levels of precepts will really give you more inner strength and inner ability to form your body, speech and mind and make them go in the direction that you want them to go.

Here he’s saying, “this ball of dirt that can stain even a god,” is if we take the precepts and then we go, “Well, doesn’t matter.” Or we get some kind of wrong view like “Well, there’s no good, there’s no bad, it’s all the same in emptiness, so I can do whatever I want.” You know? So if we lose our clear understanding of the path and how it works, if we generate some kind of wrong views, then we can really create a lot of obstacles for ourselves because then we start doing the very actions that are obstacles for actualizing the path that we want to actualize.

That’s why we really try and stay mindful of what our precepts are and have good introspective awareness so that we can monitor what is going on with our body, speech, and mind and restrain ourselves when we need to.

It’s very important to see precepts like this, as things that you’ve seen that you need to abandon in order to get where you want to go. It’s like if there’s an athlete…. My nephew plays football, so it’s so important to him to be a football player. And he eats a lot of junk food. And my nephew-in-law is a trainer, so we’re trying to get my nephew-in-law to talk to my nephew and help him see that if you want to play football you may need to bulk up, but you need to do it in a healthy way, not by eating junk food because then you’re going to get sick and if you get sick you can’t play ball like you want to. So if my nephew understands where he wants to go, then he’s going to have to change his diet to get there, and then okay, at the beginning it’s going to be a little hard giving up the junk food, but he’s going to feel a lot better and he’ll also be able to play ball better. Then that increases your willingness to follow that kind of diet.

It’s the same thing with us taking precepts.

[In response to audience] One thing you’ve discovered is that the precepts…. Well, they give you that courage because they help you eliminate the confusion about whether to do something or not do something. Because a lot of the time we’ll follow a certain course of action repeatedly in our life and we’re going down the same path getting to nowhere again and again. And yet we’re not immune to social pressure, we’re not immune to our own mind of desire and anger. And yet, when we take the precepts, we’re kind of deciding beforehand when our mind is really clear, “Oh, I know what happens when I do that, I’m not going to do that.” And so that gives us a lot of inner strength to not do it, and it eliminates that confusion. So especially if some friend comes up and says, “Oh, come on, let’s do this, let’s do that. Are you some kind of prude that you don’t want to do this? I don’t know what’s happening to you. Why don’t you get a life.” You don’t let that kind of thing get to you or fluster you in any way because you’ve already thought about it and you’ve made your decision and so there’s no confusion in your mind. That helps a lot.

[In response to audience] I had been telling her the story yesterday of somebody who had stayed here for a while and then his parents came and he went back home with his parents. And at some point he called me and said, “I just can’t be vegetarian, I have to eat meat.” And he said it with this incredible intensity, as if I were the person who had forbade him to eat meat. And I said, “That’s okay.” And he said, “And I can’t be celibate.” You know, again as if I were the person who was forcing it on him. I said, “That’s okay.” I mean, he wasn’t a monk or anything, he’s free to do what he wants.

[In response to audience] So you were commenting how people sometimes think that it’s something imposed by somebody else. And of course when we think that way then we fight it. But these things, when you actually take the precepts, nobody’s imposing them on you. You do it voluntarily. 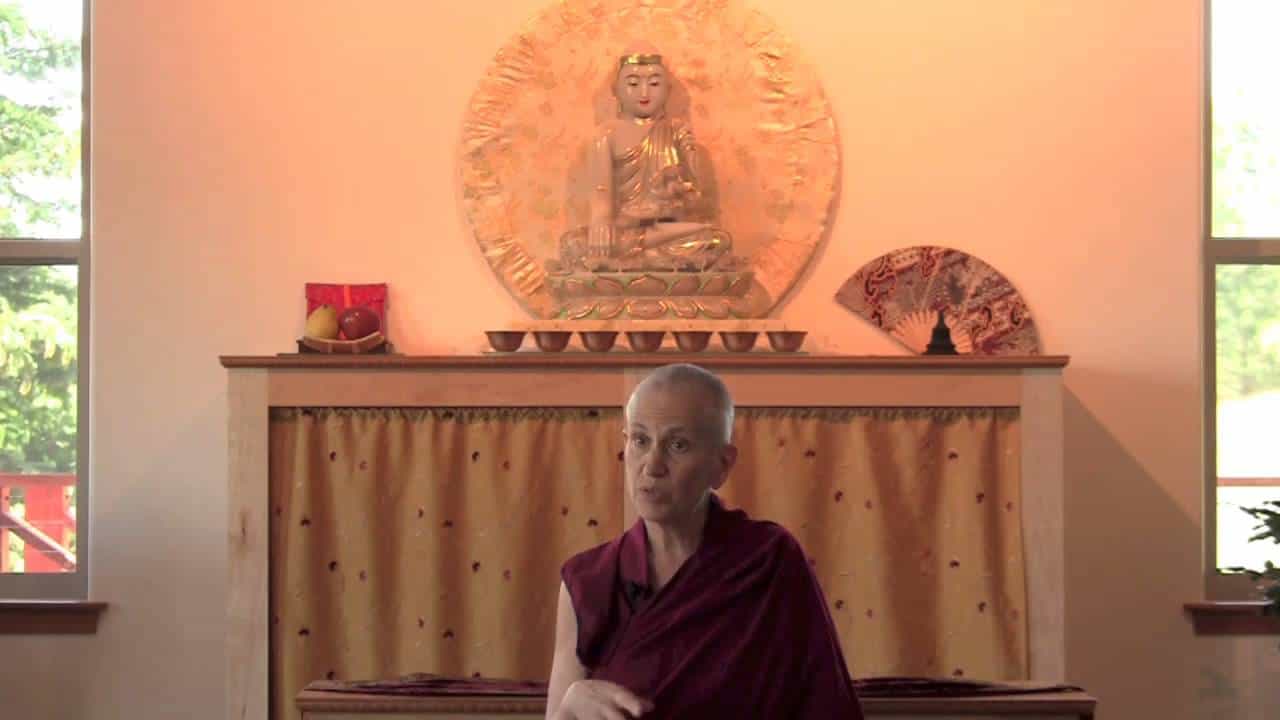 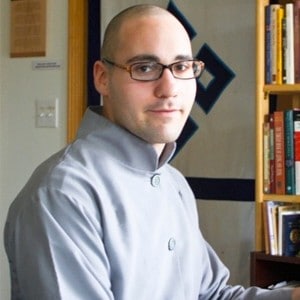 A prayer for refuge to a light within