We’ve been talking about how, verse 17:

“May I close the door to the lower forms of life for all beings.”
This is the prayer of the bodhisattva when closing a door.

We’ve been talking about the four ways of gathering followers in order to teach them the Dharma,

That one might be the most difficult. It’s hard isn’t it? It’s one thing to know the Dharma intellectually, and even to be able to explain it, and it’s another thing to tame one’s own mind.

I think this is where keeping precepts is really, really valuable because we begin this training process by keeping precepts. Precepts really deal with our physical actions and behavior. They get us to work on our mind, but physical and verbal behavior are the ones that most directly affect others either positively or negatively. How we act towards them. It is right there. We can have a negative thought but if we are in our room, that does not directly affect somebody else. But the physical and verbal act does and so it is really important to manage those and those are the actions that are covered by our pratimoksa vows.

The pratimoksa vows include the monastic vows and the five lay precepts, and then the eight vows for one day. Those are very, very precious vows because if we train in them it gets us to look at how we are acting and what we are saying. Those are the two ways in which we really influence others most. If we have those different sets of precepts and keep them well then it restrains us. Or to put it this way, we learn to how to restrain ourselves from doing gross damage to others. You see the various scandals in religious traditions and even in business places, in politics, all of them stem around the seven nonvirtues of body and speech, which of course come from three nonvirtues of mind but it is the seven of body and speech that directly affect other people.

If you look, there was a period where there were a lot of scandals in the Buddhist community. The Catholic Church has been rocked by scandals. Politics and business are like all over the place. Government is all over the place in terms of scandals. Here we really really see the value of having the precepts and training our lives according to the precepts because that at least helps us to act somewhat according to what we are teaching because to keep the precepts, then we have to work on the mind. It all kind of comes together. Even if we happen to be teaching very complicated topics or difficult topics, even with bodhicitta or emptiness which are preliminary to tantra, even if we are teaching those, we may not have direct or deep realizations of them. But at least if we are living within the precepts, we’re not going to do very gross harmful things that make other people loose trust in the Dharma and loose trust in us.

It comes down to living an ethical life. To put living an ethical life in slang, it means getting our act together. Or another synonym is “stop being a jerk.” [laughter] That’s very basic Dharma practice but it’s very profound because it really has a strong impact on how we are in the world and how we affect others. To act according to what we teach, keeping ethical conduct is really important. 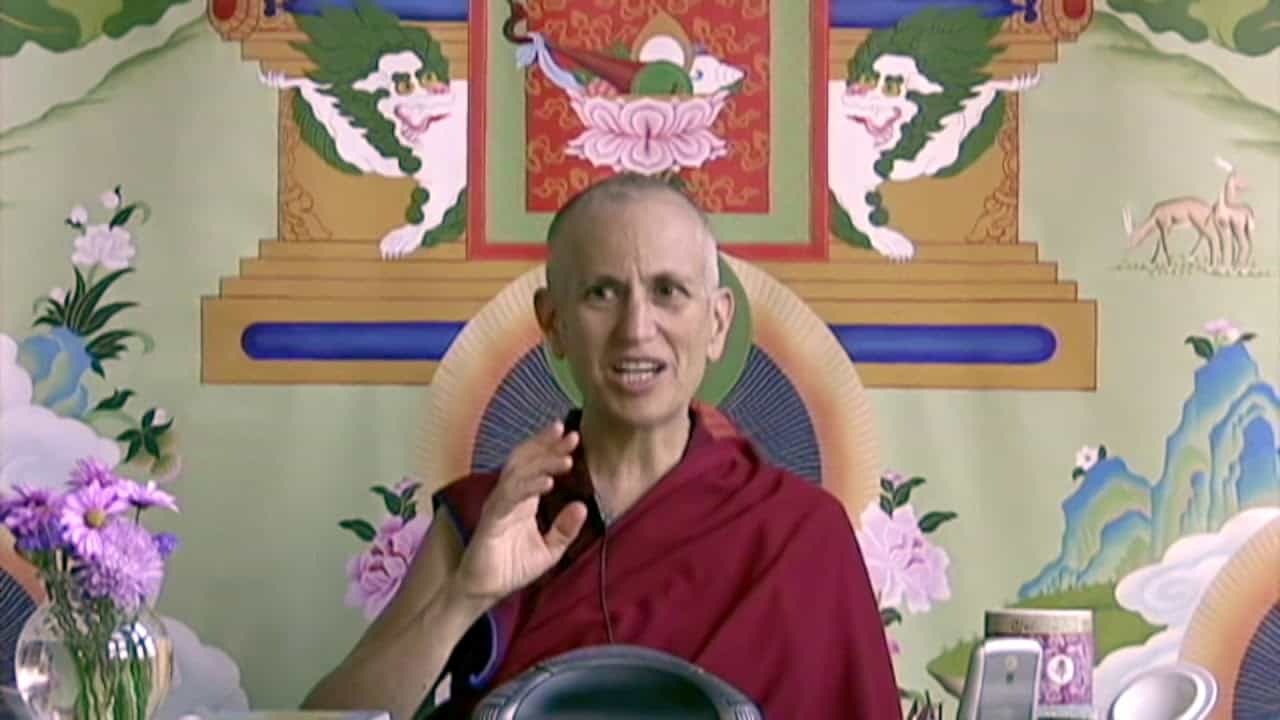 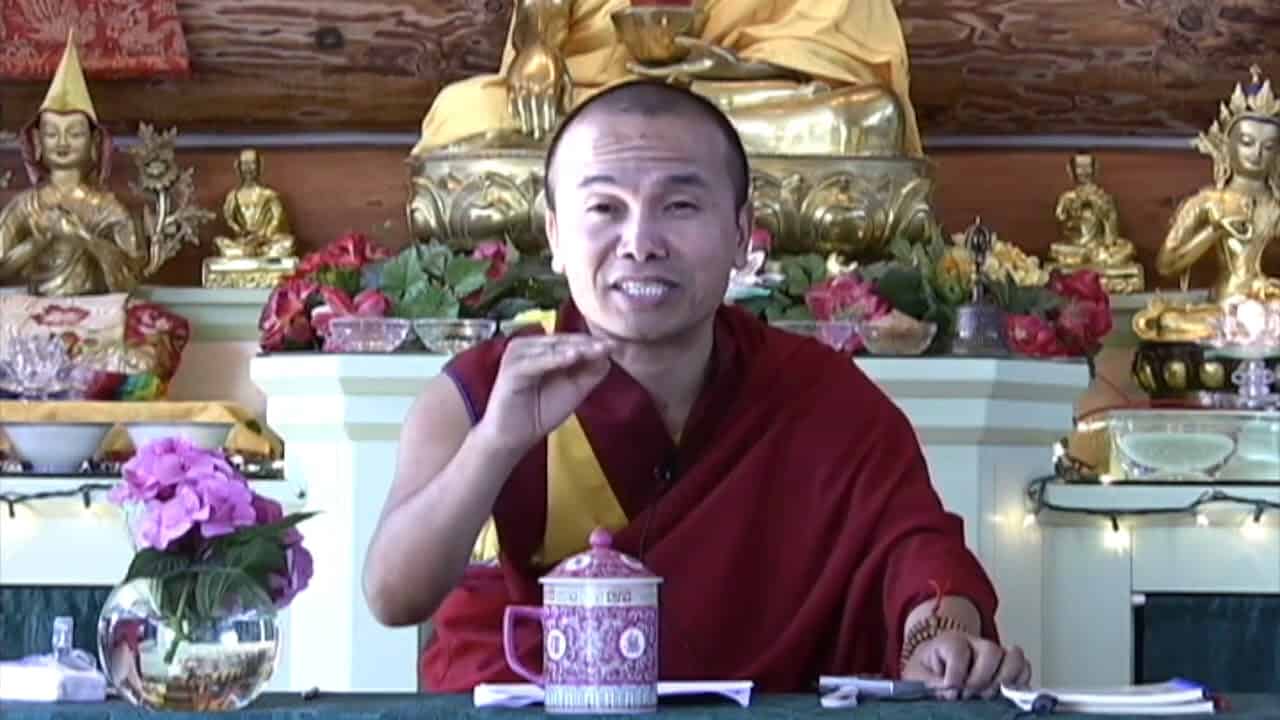