Verse 108: The root of all goodness

Verse 108: The root of all goodness

What is the one root of all goodness in samsara and nirvana?
The clear light of one’s own mind, which by nature is free from every stain.

This works in two ways.

This fundamental mind of clear light is the basis of samsara and nirvana in the sense that when this mind is covered by the obscurations then beings are in samsara. When this mind is freed from the obscurations those beings then have attained nirvana. When the mind is free from all the obscurations whatsoever then that being has attained full awakening. So this nature of the mind is the underlying basis on which both samsara and nirvana exist. So it’s not like you have one mind when you’re in samsara and then that mind’s totally destroyed and you get a new mind when you get to nirvana. That mind that is pure by nature gets purified.

And then I thought I’d read the first verse again, because we always have this custom when we finish something to start at the beginning all over, indicating that we leave it unfinished the second time so we have to come back and do it again.

With single-pointed devotion I bow down to Guru Mañjuśrī, the Ever-Youthful one, the supreme deity, the spiritual doctor who serves as an elixir to all beings, bringing them happiness and goodness; himself being a moon full with the all-knowing wisdom, having forever abandoned the faults of every samsaric imperfection.

And then his Homage, which is also the promise to compose the text,

A magician manifests a double, one becomes two.
A questioner and an answerer appear and string this rosary of precious gems.

So he’s become the questioner and the answerer in all these verses.

And then the first verse,

What is the great ocean most difficult to leave?
The three realms of cyclic existence, which toss in waves of pain.

What is the powerful glue that binds us to the unpleasant environs of worldliness?
Sensory fixations which cling with attachment to the enticing things of the world.

And we’ll do three:

What is the great fire that rages when we approach too closely to others?
Terrible anger that cannot bear even the smallest challenge.

What is the thick darkness obscuring the truth before our very eyes?
Ignorance that has existed since time without beginning.

So we go from that to a reminder at the end of the text that the very nature of our mind is pure. And that therefore full awakening can be attained. 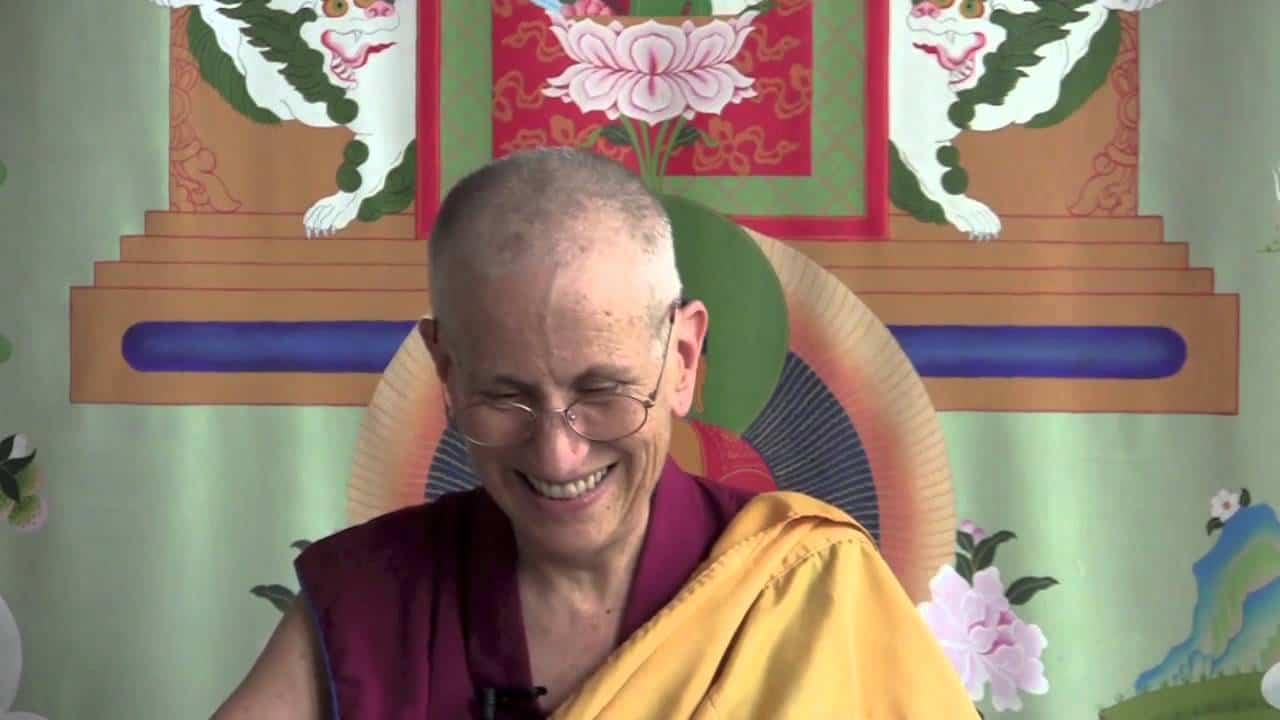 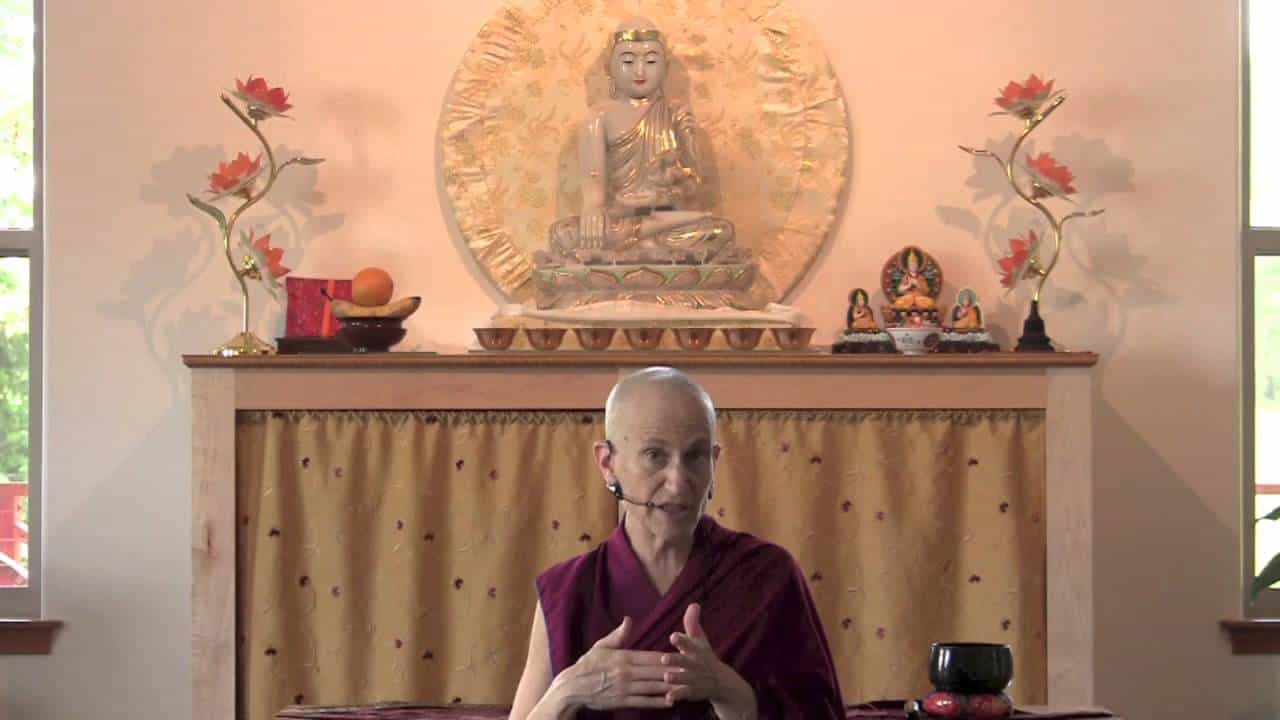