“What fishermen look for water in dry, dead riverbeds?”

[laughter] Besides dumb ones…

“Those who hope for spiritual progress, but cultivate neither wisdom nor merit.”

What fishermen look for water in dry, dead riverbeds?
Those who hope for spiritual progress, but cultivate neither wisdom nor merit.

A fisher-person looking to go fishing in a dry, dead riverbed isn’t going to get anywhere, because there’s nothing there that is going to nourish what he wants to do. In a similar way, if we hope to progress along the path, but we don’t accumulate merit and accumulate wisdom, then it’s the same thing. Our mind is like a dry, dead riverbed. Basically, we’re not creating the cause for spiritual progress. Okay?

The accumulation of wisdom is what actually is going to free the mind from defilements. That’s by meditating on emptiness and gaining a direct perception of emptiness. But before that, studying emptiness, thinking about it, and so on.

Accumulation of merit’s like accumulating goodness. It involves enriching the mind. So purification is part of that. Practicing generosity. Ethical conduct. Fortitude. All the different bodhisattva practices that we do to enrich the mind with this positive energy. And that’s so important. Because without it we don’t get the upper rebirths that we’re going to need to have in order to practice the path and develop the wisdom realizing emptiness. And also, without the accumulation of merit our mind isn’t going to be fertile and receptive enough to actually have the realization of emptiness.

Then, you might say, but for the hearers and solitary realizers, they don’t need as much accumulation of merit as the bodhisattvas do in order to realize emptiness directly.

Well, the reason is that to progress along the bodhisattva paths you need these incredible accumulations of merit that go far, far beyond those done by the hearers and solitary realizers. And so you wind up attaining a different goal. Because the hearers and solitary realizers will attain liberation from samsara, they still have the cognitive obscurations on their minds. But the bodhisattvas will attain full awakening that is freed of both obscurations—the afflictive obscurations and the cognitive obscurations. And so for that you need your accumulation of merit to be much bigger and much broader, and you need your realization of wisdom to be multifaceted. You know? In the hearer and solitary realizer vehicles you usually use one reasoning to realize emptiness. And one reasoning is good enough. You know? But if you want to follow the bodhisattva vehicle, in order to teach others you need to be able to approach emptiness from many, many different perspectives—and know many different reasonings—so that you can teach those different reasonings to sentient beings according to who is more receptive to which reasoning versus another one. And so to teach those you have to know them, you have to meditate on them. And so, while the emptiness you realize is the same, it does affect the realization of emptiness because you’re able to come at it from so many different perspectives. Okay?

You need to accumulate merit all through the bodhisattva path. Which is why, in the sutra vehicle, it takes three countless great eons to do that, while in the Śrāvaka vehicle you get to liberation in—from the Tibetan viewpoint three lives, from the Therevada viewpoint seven lives. So it’s much quicker for them. But the realization and the ability to benefit sentient beings is drastically different. Okay? So we want to enter the bodhisattva path from the beginning and go straight. Okay?

The collection of merit ripens primarily in the form bodies of the Buddha, and those are the ones that enable a Buddha to communicate with sentient beings. So those are quite important. And the accumulation of wisdom ripens principally in the dharmakaya, the mind of the Buddha, and the ultimate nature of that mind. Okay? So they complement each other, those two accumulations complement each other. You need both of them. But they primarily ripen in different ways. But it’s not like you can accumulate all the merit for Buddhahood without developing the accumulation of wisdom, too. And get the Buddha bodies but without getting the dharmakaya. No. you attain all the Buddha bodies at the same time. So these two accumulations have to be brought to culmination at the same time.

One of the reasons that tantra is so powerful—this is one of the reasons—is that it enables you to accumulate the merit needed on the bodhisattva path more quickly than the Pāramitā (or the far-reaching) Vehicle does. And that’s because of special ways that you have of meditating in the Vajrayana. Okay?

[In response to audience] Is it relating to what we discussed yesterday, that we’re so focused on what I’m not doing, and picking faults at ourselves, so that even though we’re accumulating merit we’re down in the dumps all the time because we’re criticizing ourselves.

Because the one that is saying, “Okay, it would be really nice if I got up earlier. I need to focus on my morning practices a little bit better instead of rushing through them, and slow them down maybe, and focus them. Or learn how to maybe go quickly in one part so I can focus on the important parts of the sadhana, so I need to learn to do that better.” So that’s quite realistic. And your intention there is really to improve your practice. Okay? That is different than saying, “Oh, I always rush through my practices. I don’t do them well. I really should stop and meditate on emptiness, but I just really don’t want to because I’m so lazy. And my whole practice, I’m just so lazy all the time.” Do you hear the difference in those two ways of thinking, and speaking to ourselves? So the first one is going to be more encouraging. It’s like, “Okay, this would be good for you to do, so let’s think about the benefits of doing it and go ahead and do it.” And the other one just is discouraging, isn’t it?

So that’s the difference. And that’s why it’s so important to really stop this self-critical mind. Okay?

It happens, sometimes, when you read the sutras, sometimes the Buddha will really reprimand somebody, and say “You foolish monastic, what are you doing thinking like that? That’s totally wrong.” When he does that it’s to get the person to have a sense of the positive kind of shame. You know? And remember, there are two meanings of “shame,” even in English. One is the negative “I’m so bad, I’m inherently bad, I’m hopeless.” But the other is, “I have some potential but I’m not using it.” You know? Or, “I’m representing a group but I’m really mucking up.”

This would be, for example, if the Buddha was reprimanding one of the disciples for some kind of wrong view, the disciple is going to say, “Oh, yes, he’s right, I wasn’t thinking properly. I have this potential and I got myself really stuck in wrong views, and I want to get myself out of that wrong view so that I can really repay the Buddha’s kindness for teaching me, and, you know, make some progress. So I’m ashamed of how I got stuck in this wrong view which was totally unnecessary.”

Do you get the tone there? That’s the positive kind of shame. The negative kind of shame—which is what, in the West, we usually think of when we hear the word—is, “Well, you’re so incapable, of course you had a wrong view. You’re never going to have the right view. You know, just quit it because you’re so dumb.”

Okay? So, you know, the virtuous sense of shame is something good, and that’s why the Buddha will reprimand somebody. And that person can also reprimand himself in the same way. Like, “Gee, I’m a follower of the Buddha, what happened to me that I was holding on to this totally wrong view? That’s not very good. You know? I’m really glad the Buddha scolded me because it made me wake up, and now I’m going to put my energy in the right direction.” 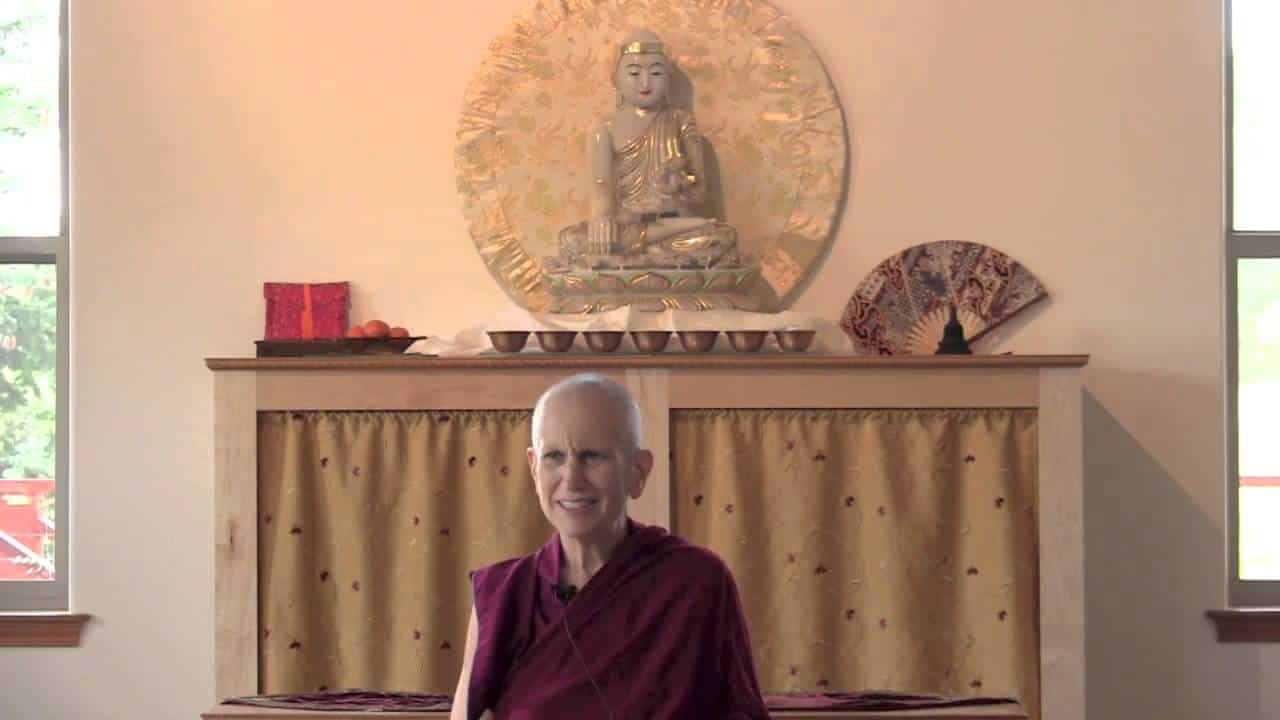 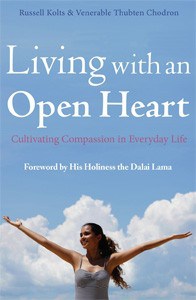 Learning to live with compassion