What is the great fault that opens the door to all negative qualities?
Holding oneself more precious than others, a characteristic of lowly beings.

Anybody besides me volunteer to fit this description? [laughter]

How does “holding oneself more precious than others” open the door to all negative qualities?

This produces a little bit of tension within ourselves…. [laughter] Yes?

And then we get really involved in this tension: “Oh I’m so confused. Is it good to be selfish? Is it not good to be selfish? Oh it’s lousy to be selfish, I’m so bad, I’m so guilty because I’m so selfish. This is terrible no wonder I’m a disaster and nobody loves me…. Because I am so selfish…. But if I stop being selfish then they’re all going to take advantage of me and I’m not going to achieve anything I want….” And then we just go around and round and round in circles about this. Don’t we? “Do I say something? Because if I say something, it’s selfish. If I don’t say something then that’s also selfish because I’m wanting to look like a good Buddhist….” Yes, you know that one? It’s like, “Oh, I can’t say what I really want because then I won’t look like a good Buddhist, so I’ve got to be quiet and humble and make sure that everybody else is taken care of and then figure out how to get what I want without, of course, looking like I’m trying to get what I want, or even acknowledging it to myself.”

Oh, samsara is so confusing, isn’t it?

Audience: If we had any wisdom, once we saw it we’d actually be able to stop it.

Venerable Thubten Chodron: Well, it’s not just a question of seeing it with wisdom. It’s a question of habituating ourselves with the wisdom.

Maybe what makes it a quality of lowly beings is we don’t put forth the effort to habituate ourselves with understanding the disadvantages of the self-centered thought and the benefits of cherishing others. We understand it here [in our heads], but the habituation that actually makes the transformation, we haven’t engaged in that.

[In response to audience] So what makes it lowly is that we make a big deal out of our own small, tiny whatever; meanwhile, people who have really severe problems we don’t even notice or care about. We’re only concerned about our tiny thing. And so that is a lowly mental state, isn’t it? That’s why we’re called “childish beings.”

[In response to audience] Yes, so self-centeredness is a lowly practice because we don’t see the consequences of our own actions. And we don’t really sit down and think about them. And if people point them out to us we usually deny them because, as you said, we’re always right. So how can there be negative consequences from what I say or what I do when I happen to be right all the time?

[In response to audience] Yes, so also an inability to admit our faults. Or to even consider that we have any. Or to open our minds to consider other people’s perspectives on a situation, or what may be important to them.

So self-centeredness is quite limited and limiting. We can’t see very far with it because it’s all about me.

[In response to audience] Okay, so self-centeredness is about getting what you want and then preserving it forever so there’s no space for change or growth. Or reality, for that matter. It’s about getting my duckies in this row and keeping them in the row. Not realizing that we may want to redesign them ourselves later on. I mean, the mind is so small in the middle of self-centeredness.

[In response to audience] It’s true, if you’re self-centered, and you’re a squeaky wheel, you do get attention.

What she’s referring to is this great skit we did once that was so true it was not a skit at all…. Yes, it was a documentary. [laughter] Maybe we should do it again. Okay?

But it was…. Who was it? Somebody played the monastic. Who was it who played the monastic? Somebody played the monastic and everybody else was the anagarikas. And how the anagarikas—you know, we have our stand-up meeting in the morning—and every morning there’s a complaint from an anagarika. It’s like “I’m too hot,” because the anagarika’s thing has long sleeves. “I’m too hot wearing long sleeves and I can’t do my activities in the summer because of long sleeves, I want the anagarika outfit to have short sleeves.” And then somebody else saying “I don’t like the color.” So we’ve got to change the color. And oh yeah, the buttons. “Don’t like the buttons. These are ugly buttons. Can we have zippers instead,” or “can we have pretty buttons.” And “the fabric is too rough.” And “do I put my jacket on over my anagarika shirt or under my anagarika shirt? Because if I put it under then if I get too warm I have to take it off then I have to go in the bathroom take it off and take my jacket off and take off the shirt and put it back on and that’s just too much of a hassle so I want to keep my jacket on over my anagarika shirt.” [sighs] 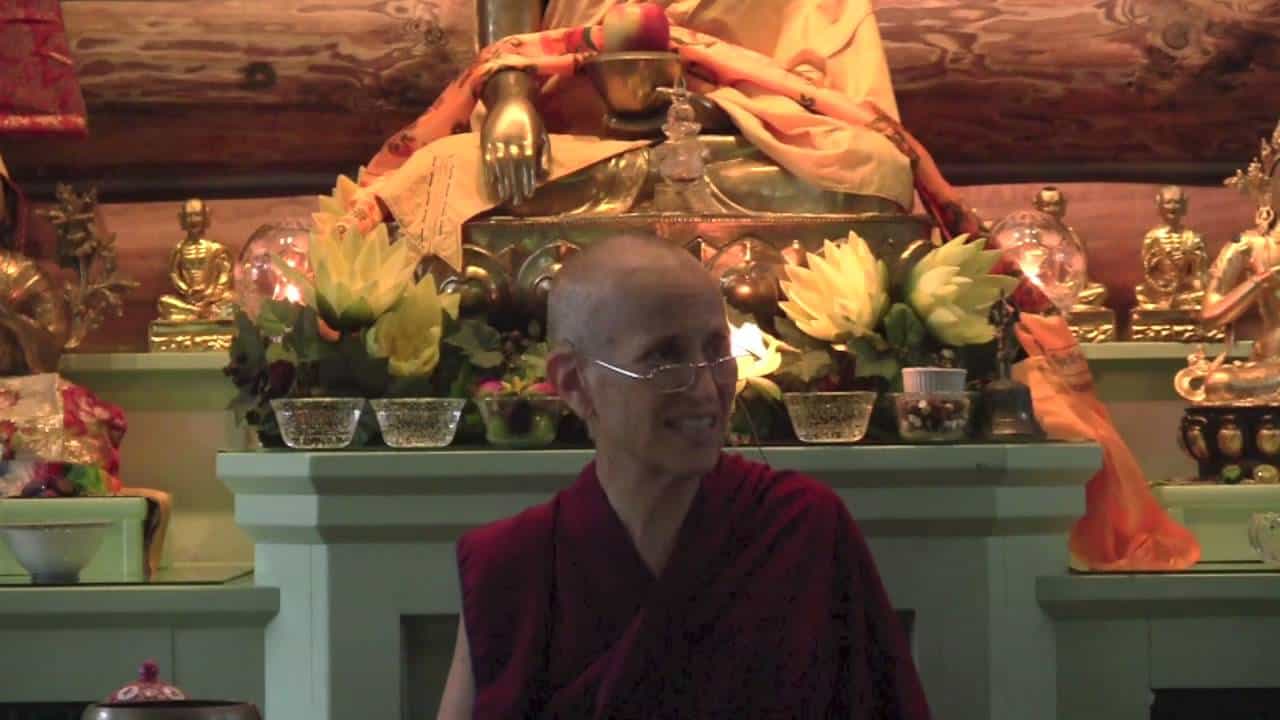 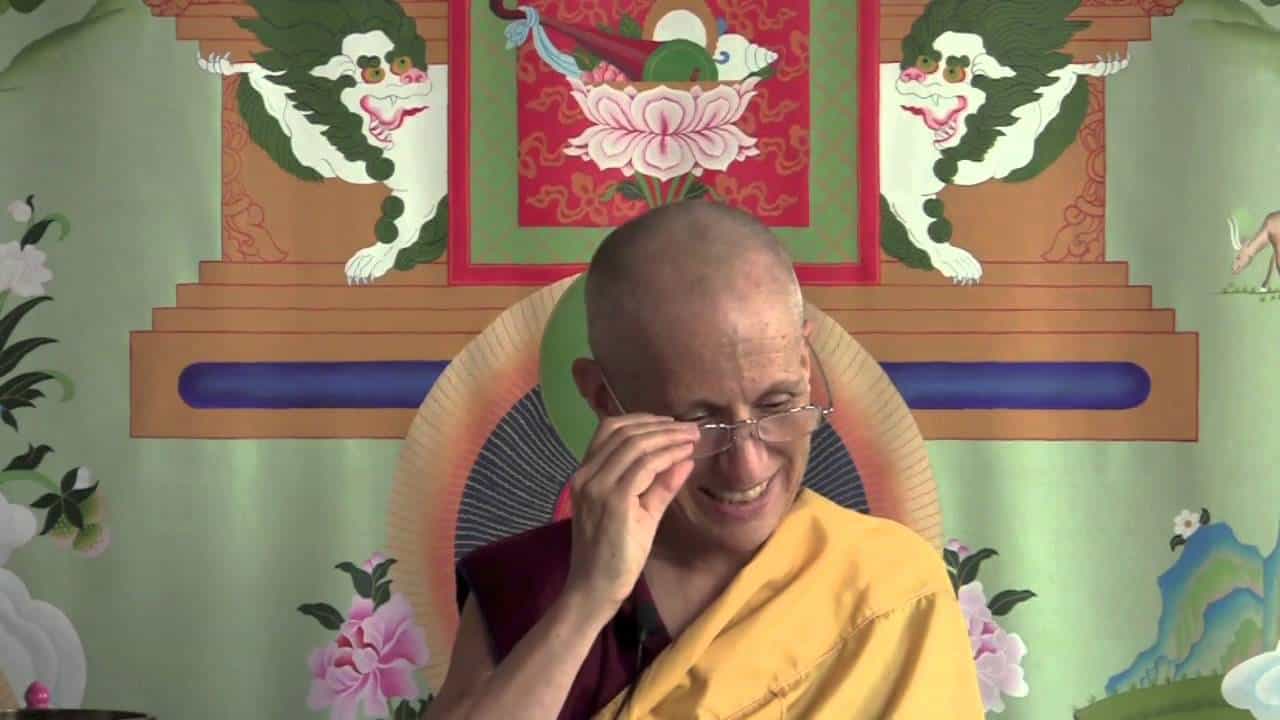