The Essence of a Human Life: Gambling and other addictions (download)

Yesterday after the talk we were talking about drinking and a little bit about gambling. I thought to share some of our reflections when we were discussing it afterwards.

I had commented that I am surprised that gambling wasn’t specifically mentioned, and somebody commented, “Well actually that fits under entertainment.” Singing, dancing, playing music, entertainment, gambling.

How incredibly damaging gambling is to families. I’ve seen whole families split up because somebody has a gambling addiction. This doesn’t mean just going to casinos, that kind of gambling, but also somebody who’s trading in the stock market, buying and selling, buying and selling, risking the family finances in order to make a quick buck with the stock market, and then losing the family finances that way. You know, this mind that wants to get something without making any effort. We have to be quite careful of that mind because it can really make a mess of our lives. Not only make financial ruin but also ruin relationships.

We were also talking about intoxication, and one person commented that she very much associates intoxication with violence. There are studies done and whenever there’s domestic abuse, intoxicants so often lie behind the domestic abuse. They’re not the reason for it. Of course, sometimes the couple is fighting over one or the other person’s substance abuse, so that could be the topic of the quarrel. But when people are intoxicated they very easily get into quarrels, and then domestic abuse is often the result of quarrels. That could be spousal abuse, child abuse, whatever.

There are a lot of ramifications for these things. When the Buddha recommended not doing them, it wasn’t like, “Oh, you’re bad boys and girls.” It’s not that. It’s like, sit down and really think about it and look at the lives of people you know who have substance abuse problems, gambling problems, even shopping addiction, who go out and spend all the family money on shopping for different things. Just look at your own life, the lives of people you know, and from that you can see with your own experience why the Buddha made these kinds of guidelines and recommendations.

In the prison work that we do here at the Abbey, I would say 99% of the people we write to have told us that they were intoxicated at the time they did their crime. Intoxication is no excuse, but the idea is that when we’re intoxicated we have much less control over our minds and our decisions.

Also, intoxication is quite expensive. Not only can it be an accessory to a crime (by making us not make good decisions and so on), but it can also induce crime because it’s a very expensive thing. If you’re buying alcohol, you’re buying prescription drugs with false prescriptions, illegal or even legal intoxicants, it gets pretty costly. And then again, finances for the family, for the children’s education, are not available, and the children suffer as a result of it.

The implications of these kinds of things, it’s not just one’s own personal life that’s touched. You can’t just say, “Well, my gambling—shopping, substance abuse—addiction is my problem, it’s not yours.” That’s not really true. Our lives are so intertwined that our behavior influences other people’s behavior. Especially when it comes to families and little kids, they can’t really fend for themselves, they don’t have the skills and abilities and knowledge to do that, and so I think responsible parenting really depends on cutting back whatever one is attached to in this way out of concern not only for yourself, but for your family and your kids.

I met one woman once who had a very bad substance abuse problem, and she told me she quit when she had her child. She wouldn’t quit for her own happiness and welfare, but she quit for her child.

Then you see other people and the fetal alcohol syndrome. Huge problem. They’ve done a lot of research, and so many kids’ cognitive and intellectual abilities are damaged because of their mother drinking or drugging during pregnancy.

People really have to think, “How am I influencing the lives of the people I care most about?” Even you don’t care about yourself, care about others. But also care about yourself and have some self-respect and some sense of integrity, and live a life that is beneficial, and a life that’s kind, that doesn’t cause damage.

I’m sure people can do that. I have confidence. We all have the buddha nature. We can do this.

Audience: And also those who find drinking at home, the steady drinking of wine and beer, that also has an effect on behavior. Especially when they have parents who just sit at home, not just going out and drinking.

Venerable Thubten Chodron (VTC): It’s not just going out and getting drunk at bars but also drinking at home. A little wine here, a little beer there. What example does it set for the children? How does it affect the children? It’s something to really think about.

VTC: The amount of agricultural land that gets used for hops. The amount of grain that’s gone into fermenting for alcohol. And that grain, and that land, could be used to feed many, many people There are a lot of people who are hungry. So to look at how we use grain, how we use land. 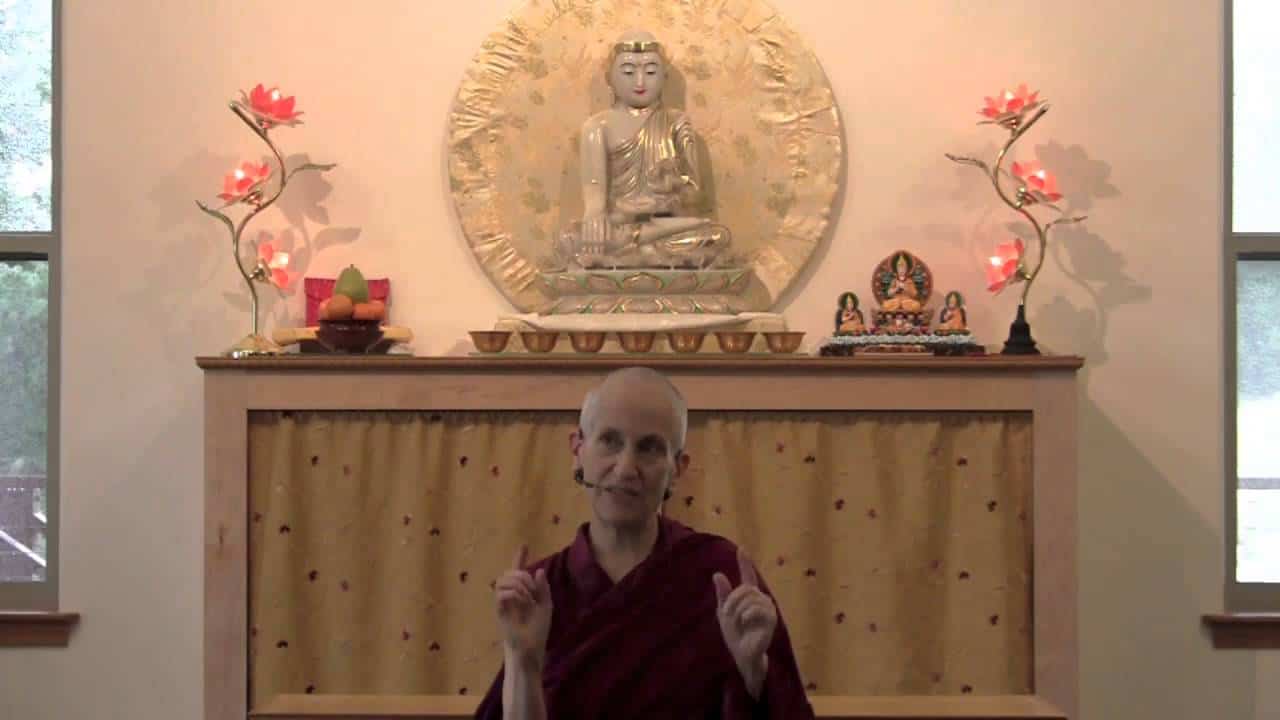 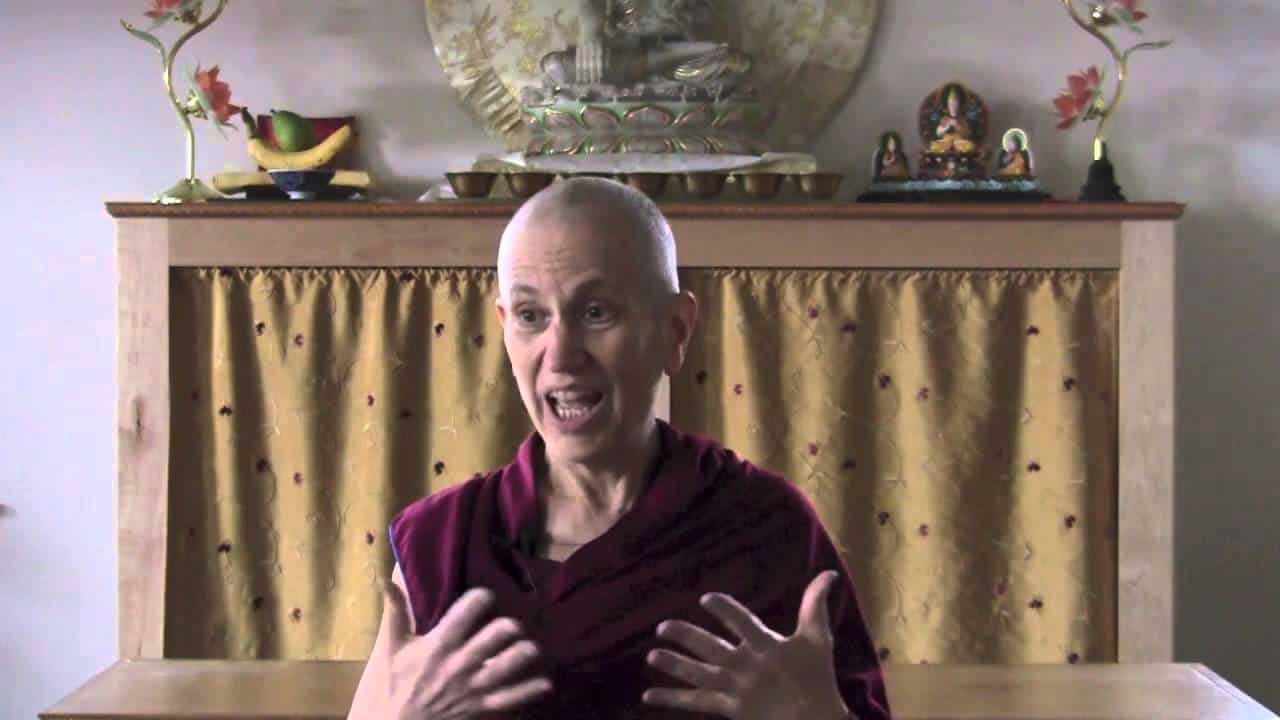