Somebody else asked: “I mentioned that the wisdom realizing emptiness is impermanent.”

So this person says: “Does this mean that the wisdom realizing emptiness is impermanent, as in changing moment by moment?”

[The question continues:] “So would it be correct to say that the wisdom mind of a Buddha is eternal because the Buddha cannot fall back into ignorance?”

Yes, that’s true. The Buddha’s mind is eternal, once you are a Buddha there’s never any cause for ignorance to re-arise in you again. Because it’s been eliminated there’s no cause for it to come. So once you’re a Buddha, you are eternally a Buddha. And a Buddha, if you get enlightened in this life, when you die you don’t go out of existence, you still remain as a Buddha. You still have five aggregates but they’re purified aggregates, they’re subtle aggregates. But the Buddha’s wisdom is also impermanent because it’s not static and it’s changing moment by moment—yes! Remember, a Buddha’s wisdom perceives all phenomena. Phenomena are changing moment by moment. So that mind that perceives them must be changing moment by moment. And also, anything that’s a mind arises due to causes and conditions, so it’s got to be impermanent. Okay? Good.

Audience: It’s no longer manifest. So to me it would seem more like it’s an example of it being eternal and going out of existence, and it can be back into existence when they sit back down in meditative equipoise. 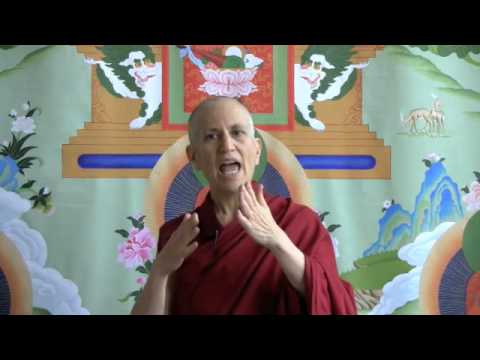 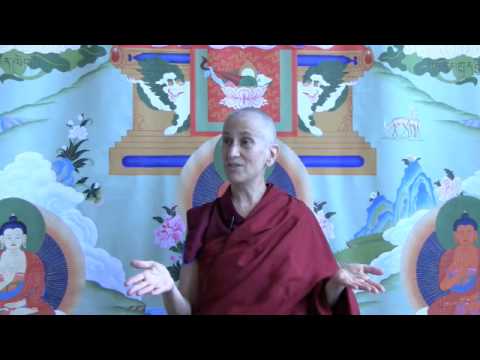