Green Tara Retreat 015: Emptiness as the nature, not creator, of phenomena (download)

Emptiness is the nature of phenomena. It’s a permanent thing in itself. It isn’t produced by causes and conditions. Don’t think of emptiness as some big ultimate substance out of which everything comes. There are certain non-Buddhist groups who think that there is an ultimate reality that is some kind of mystical or cosmic substance, and from that all the phenomena arise. Buddhism completely refutes that. Buddhism refutes any kind of idea of some primal, cosmic substance that creates everything. That is a positive phenomena. It is under the influences of causes and conditions. Then you get into all sorts of logical entanglements with trying to see it as the ultimate reality.

Emptiness does not create anything, and it isn’t like emptiness is there and then out of it pops up a flower. Don’t think out of it [i.e. emptiness] pops up you and me and everything else. It is not like that either. It is whenever something exists, its ultimate nature is that it is empty of inherent existence. It exists within that nature of being empty of inherent existence.

What we are coming to here is that all the conventional truths of all the things that appear in our world and the ultimate truth, the ultimate mode of existence, are inseparable. It isn’t that one exists and sometime later the other one starts to also. It isn’t like first you have emptiness and then, like I said, the flower jumps out of it; or first you have the flower and then later the flower becomes empty of inherent existence—that is not it. It is: when anything that exists, from the moment it exists, it is empty of inherent existence. So the conventional truth, like the flower, and the ultimate truth, its emptiness, are said to be one nature in that one cannot exist without the other. They are also different, phenomenally different; they are not the same thing because the flower is just an appearance and the emptiness is its actual mode of being. 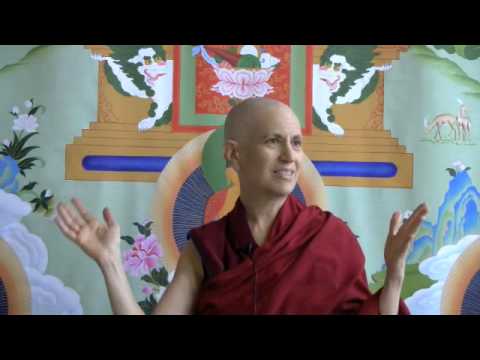 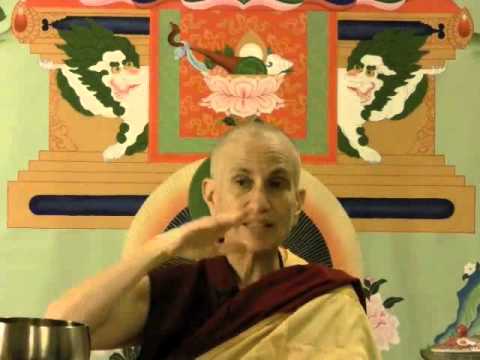