[Responding to written questions from the audience]

In the first part of this question on emptiness the person says, “I contemplate the way that emptiness is dependent. It seems that emptiness is just like any other quality, like shape or color. ‘My new computer is really neat and with so much hard drive space and an extra wide screen. It glows in the dark. It lacks inherent existence and it has a Wi-Fi.’ It seems we single out emptiness as being the ultimate, not because of some objective exalted state that it has above other attributes of an object, but instead simply because, subjectively, meditation on it is the way to achieve Buddhahood.” And then he wisely says, “So now I start to think I am somehow diminishing emptiness and falling into the other extreme. Please help me to understand the correct way to look at this.”

When we say, like was so beautifully said about the computer, where its being empty is just one other quality among many, then you can see how our mind is thinking at that time. It’s like, “Oh, my computer is silver. Wow, that’s neat—that silver color is really going to benefit me. I like it.” It seems like the silver color, or the Wi-Fi, or if it glows in the dark, that’s something that’s really going to benefit me. That seems like an important quality. And then, “Well, its emptiness is not going to benefit me at all. It’s just kind of by the side, an unimportant aspect.”

That’s a very natural thought for a mind that doesn’t have any awareness of emptiness. Because what is present to our senses and what is present to the mind that grasps at true existence is all these sense objects that seem so real and so important. We think of their importance in terms of this life. But emptiness is a hidden phenomenon. It’s not something we see with our senses, it’s something that we have to get to know first through logic and reasoning and inference. We don’t always know what it is and we don’t always understand its value. Therefore, it just seems like any old quality, except that meditating on it is going to lead us to liberation.

Well, that except, first of all, is a major except. It being silver and glowing in the dark is not going to lead us to liberation. You can see our worldly mind doesn’t think about liberation, it’s not interested in liberation. It’s interested in what is jazzy in this life. You can see with a mind that has priorities like that, emptiness is just, “Who cares?” But when the priority shifts to liberation, then emptiness becomes important because through seeing it, we will be able to attain liberation. Emptiness is important not just because it’s the object which meditating upon will lead us to liberation, but also because it’s the actual way in which things exist.

The computer glowing in the dark, having a Wi-Fi, being silver, all of these are actually falsities. These are things that do not exist the way they appear to exist. Even the computer itself does not exist in the way it appears to exist. All these things appear out there, objectively solid with their own entity and solid nature right there inside of them. That itself is a false appearance. Our assenting to that appearance—grasping at that appearance as being the actual way in which things exist—that is the root of our suffering in samsara.

Both wisdom and ignorance look at the same object: let’s say me, the I, and the aggregates. Both of them, the wisdom and the ignorance, look at the same object. The ignorance apprehends those things as having their own intrinsic nature, which they do not have. Wisdom apprehends them as being empty of that intrinsic nature, which is actually the way they exist. Emptiness is the actual mode of existence of phenomena. The way they are appearing to our senses right now is false. That’s why realizing emptiness is so important, because it’s the actual way things exist. By understanding it, it’s possible to cut the ignorance—because the wisdom sees things as empty of true existence, which is directly opposite to the way the ignorance sees things as truly existent.

It isn’t that emptiness is just any old color (like silver or yellow), or a kind of a big status thing. It’s not just any old attribute. Its being empty is something really important because it’s the actual mode of existence.

What we’re seeing with our senses is hallucination. The way things appear to our senses is not the way they exist. Yet we never question that appearance. Never even question it. It appears that way, we believe it, good enough!

So that’s on a very basic level just even being able to identify colors and objects and things like that. Then you come to a grosser level like when a person appears obnoxious to us, we never question that either. Or when something appears attractive to us, we never question, we just go after it. That’s a much, much grosser level—things appearing attractive or obnoxious. And yet even there, how often do we question how things appear to us? We don’t. “My immediate feeling is ugly. Well, that’s the way it is.” I never question it. I just say, “I will not do it, I don’t want to do it, I don’t care. That’s awful.” And it’s not even the reality of the object. That’s on a gross level.

Then, even that object having some kind of essence—being the object that we label—that’s a whole deeper level of falsity that we don’t look at. When you begin to understand this you can really see how our mind is out of touch with reality. But we’re normal. Don’t worry. We’re normal for ordinary sentient beings. But in terms of when you see things the way they really are, we’re nuts.

Audience: Just to clarify, it sounds like you’re saying that inherent existence is … we call it the true nature of reality in relation to the fact that our ignorance perceives things to be truly existent.

Venerable Thubten Chodron (VTC): Yes, inherent existence and true existence mean the same thing. And because ignorance grasps at things in the way they appear as truly existent or as inherently existent, we think that’s reality.

VTC: Okay, so if the root of cyclic existence were grasping at impermanent things as being permanent, would we then say that the true nature of reality would be seeing them as impermanent?

What you describe: this is a good example of mutual dependence. That you posit things as the incorrect nature and the correct nature in relationship to each other, so nothing is inherently a correct or an incorrect nature. They get those terms in relationship to each other. But the thing is that our apprehending impermanent things as permanent, while that is severe, and while their being impermanent is definitely something that our senses don’t apprehend—that is not the root cause of our suffering. In other words, you could realize that functioning things are impermanent, which is their nature, and still be trapped in samsara. Their being impermanent isn’t their deepest mode of existence. It’s certainly deeper than what our senses are apprehending, but it’s not the deepest mode.

Audience: But, hypothetically, if it were to be the case …

VTC: Why is this question important? What are you really getting at with the question?

Audience: I guess the question is … Well, it comes back to the original question of, when I start to think of it, it becomes too solid, I think. And so the lack of inherent existence becomes truly existent when I start thinking that this is the true nature of things. Then I get that feeling of, sort of like you say, the pervading all things and flower pops up out of emptiness because emptiness is the true nature. So I’m trying to get a grasp on why we consider it to be the true nature, if it is because it really is truly existent?

VTC: Now I’m understanding what your question really is. So, your real question is that, “When you hear that emptiness is the true nature of things, then your mind starts making emptiness into some kind of solid absolute phenomena that’s out there objectively unrelated to everything else.”

Audience: When the hat disappears or gets destroyed, what happens to the emptiness?

VTC: When the hat disappears, the emptiness of the hat also disappears.

Audience: So the hat’s emptiness is only permanent and unchanging while the hat exists? But when the hat’s gone, that’s gone?

There are a number of questions appearing in my box. I’m very happy with that, but just be patient and know that it will take me some time to get to them. 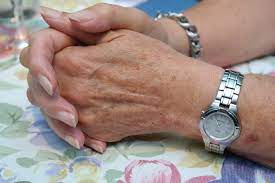 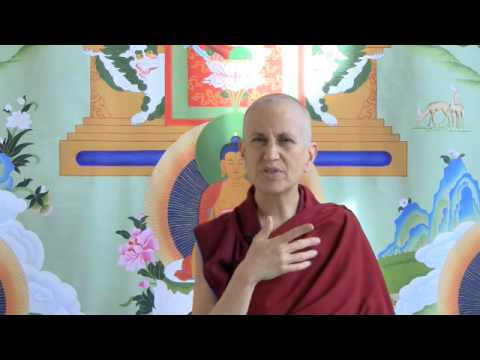