Audience: Can you give an example of a permanent phenomenon?

Somebody is asking about when the wisdom realizing emptiness and emptiness become non-dual, which is, when there is the direct perception of emptiness non-conceptually, are they permanent or impermanent?

Emptiness as a negation is permanent. The wisdom realizing emptiness is impermanent. In the experience of that wisdom mind realizing emptiness there’s no thought of permanence/impermanence. There’s no thought of anything. They’ve become non-dual in the sense that there’s no experience or feeling of subject and object. It blows my mind to even think about. What would that be like? To have an experience where you don’t have this feeling of: there’s a mind perceiving an object, and especially there’s me perceiving an object. You can see so much how our six senses, and the perception through the six senses, bring about this feeling of I, or self. Because there’s this contact with sights, and sounds, and smells, and tastes, and touches. We’re having these different cognitions and so there’s a feeling of, “Well, there’s a cognizer.” If there is an object, there is a cognizer. And there is a cognizer. There’s no problem with that.

But then we think, “This cognizer is me.” This solid self-existent independent me that’s sitting out there, separate from the object that’s getting cognized, and they just kind of bump together somehow. This one’s solid, this one’s solid, and they bump together. Whereas, when you really start thinking about dependent arising you see that the whole process of cognition is dependent, and something becoming an object depends on something else being the subject and vice versa.

Somebody was saying, “Are they both, the wisdom mind and the emptiness, non-affirming negatives or are they a positive phenomena?” Well, emptiness is a non-affirming negative and the wisdom realizing it is a positive phenomenon. But again, within that experience, there’s none of that kind of perception or thinking or anything like that. There’s just the experience of emptiness.

Audience: Is all direct perception non-dual?

VTC: No. When you’re seeing the blue of that bottle top lid there’s the blue and there’s your mind. That’s dual. See, that’s another reason why emptiness is so special. It is when you have the direct perception of it, there’s no experience of a subject-object duality.

Audience: And that only happens with emptiness?

Audience: Is that obscured or false cognizer …

VTC: The whole thing of valid cognizer, that’s a whole different discussion. Let’s not get into that one today. Write it down, I’ll put it in the pile of ever-growing questions and we’ll talk about valid cognizers. 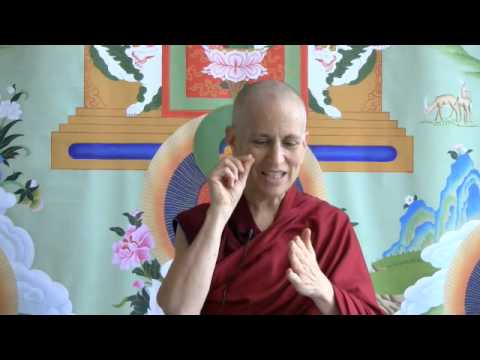 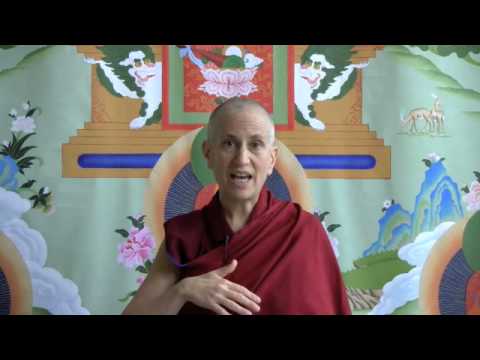