Attributes of true origins: Cause

Attributes of true origins: Cause

The ones here for true origin, there are again four of them: cause, origin, strong producers, and conditions.

The first one about causes. Here craving and karma are the examples that are being used for the true origins of dukkha. Usually it’s ignorance that we say is the root of dukkha, but craving is a very active producer. Ignorance is the root, but then based on ignorance we crave to not be separated from the things we like, we crave to be separated from the things we don’t like. We crave for existence in samsara, especially in the form and formless realms. We crave for the non-diminishment of neutral feelings. Some people may even crave for complete obliteration at the time of death. There are all sorts of wrong conceptions and different kinds of craving. They used to say “love makes the world go ’round.” For Buddhists it’s “craving makes the world go ’round.” This is the mundane world of cyclic existence.

And then karma, of course, is what’s created by craving and the other afflictions, and then through this karma we take rebirth.

The first syllogism that we have here:

Craving and karma are the causes of dukkha because due to them dukkha constantly exists.

What this is telling us is that our confusion, our dukkha, our state of existence in samsara has a cause. And the cause–ignorance, craving, karma. In other words, things don’t happen by accident. They aren’t random. They are haphazard. It isn’t “just the way things are.” They have a cause, and that cause happens to be through our own actions.

When you think about it, in people’s lives, we don’t really have a very good idea of what causes our problems. Or even why we’re alive to start with. With life, this state of dukkha in cyclic existence, it’s like, well I’m here, don’t question it, just go on. But how did we get here to start with? It’s due to the ignorance, the craving, the karma that’s all generated from our own minds. It’s not due to no cause, or haphazardly. It’s not due to a discordant cause, that will come more obvious in the next attributes. So it’s not from a creator god, it’s not from some kind of primal substance, or whatever. And it’s not just haphazard. It’s not just like things bouncing around in the universe and they happen to make living beings. Or things that were bouncing around in the universe and they happen to collide and we got born. There are causes. And then even when we think about not just our birth but the situations we encounter in life.

This came up last night when we were talking. If we think “what I encounter, my happiness is due to my virtuous actions. My misery is due to my nonvirtuous actions.” If we can look at life in that way then we can accept responsibility for what we experience in life without blaming others and without getting into fanciful thinking. When we have happiness we don’t get arrogant – “Oh I must be a very virtuous person because I have happiness. So I’m better than you, and you have unhappiness. So it means you’re nonvirtuous.” No, we don’t do it like that. That’s completely blech. It’s, “If happiness comes my way, it comes from a cause. If I want happiness I want to create more of those causes.” Those causes are, for example, the ten virtues and abandoning the ten nonvirtues.

When we have problems in our lives, when we experience horrific things, again it’s not by accident. And it’s really not due to the other sentient beings. How is it that we’re in that situation? That came from our own destructive actions in a previous life. In that way, we stop blaming other people for what we’re experiencing. We stop getting confused. We stop saying “it’s unfair.” And we just accept “this came my way because of causes that I created.” That doesn’t mean that my whole life is going to be this way. It also means I can change the causes I create. And by changing what I do I will definitely change the experiences I have, especially in future lives, but also in this life as well.

So to get over this idea that it’s just random. But not to go to the other extreme and think that we deserve to suffer. That’s also not a correct thing. It’s not like “Okay, I created negative karma, I deserve to be miserable.” No. Or it’s not “Oh somebody else created negative karma, they deserve to suffer.” No, we don’t want to wish anybody suffering. Not ourselves, not other living beings. But just to realize that the causes create results, they bring results. And the results correspond to the kind of causes that were created. 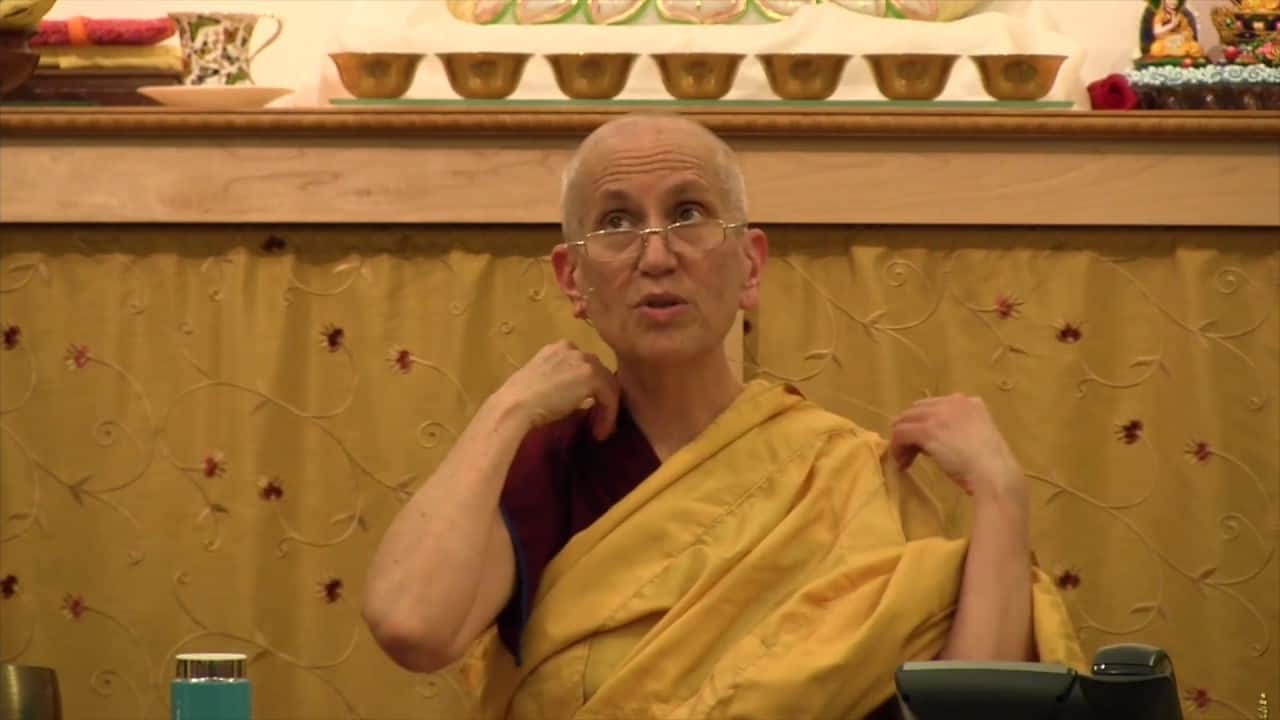 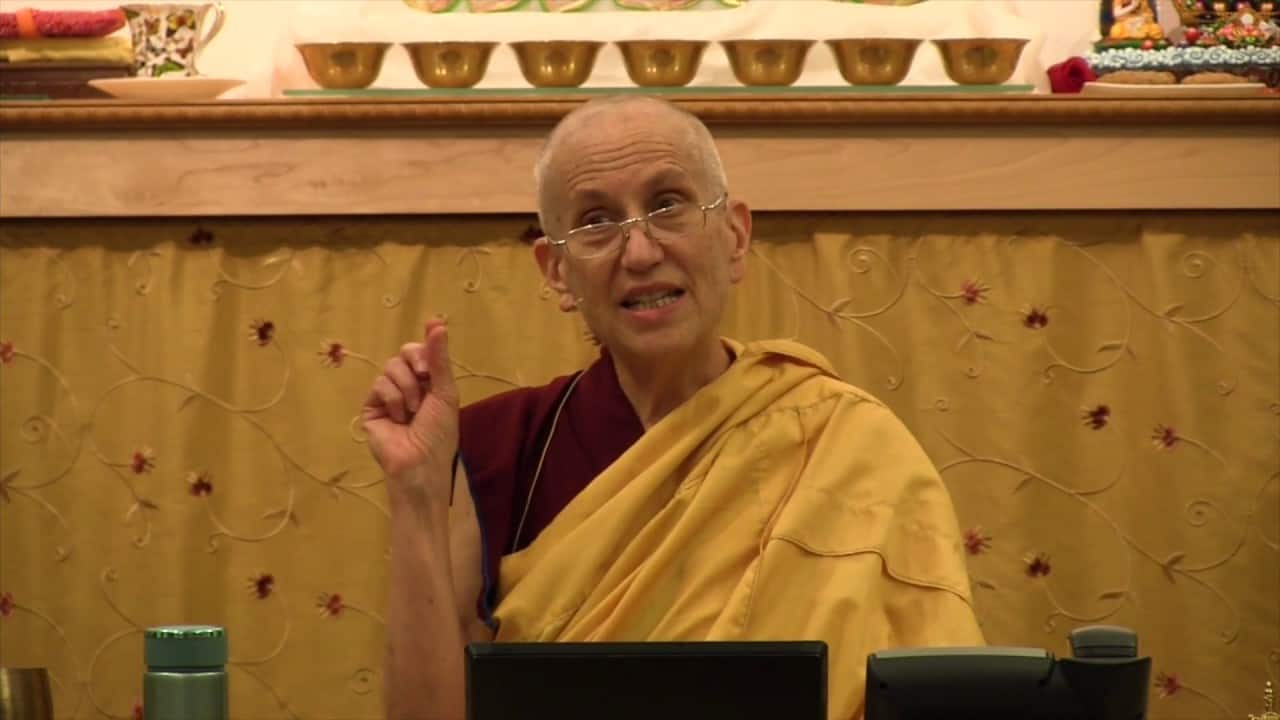 Offering our bodies to sentient beings