The five aggregates (because they’re being used as the example of true dukkha) are unsatisfactory by nature because they are conditioned by ignorance, afflictions, and karma.

Because they are produced by ignorance, afflictions, and karma. When you think about it, something that is produced by ignorance, afflictions, and karma, is it going to turn out well? You just look at it right from the bat…. His Holiness always talks about just the word “ignorance” in Tibetan is “marigpa.” Unknowing. Unawareness. Well, something that starts out like that you’re not going to get a good result. “Afflictions,” meaning things that afflict the mind and disturb the peace and tranquility in the mind, those things are not going to turn out well. The polluted karma created by the afflictions, that’s not going to bring a satisfactory state either. So really getting us to see that as long as our lives are conditioned by afflictions and karma they’re going to be unsatisfactory. This is really something strong to meditate on, because we: “Yeah, when I get sick…. When I lose my job…. When the government doesn’t do what I want… Yeah, that’s unsatisfactory. But when I have chocolate mint ice cream…. ” [looks over at lunch tabe] Oh, there’s not chocolate mint ice cream. [laughter] “When I get what I want…. When people praise me…. When I have a good reputation…. When everything is going right in my life, then what’s this nonsense talk about samsara being unsatisfactory. Samsara’s great!” So we remain completely content with that level of happiness, just thinking, “Well let’s get more of that kind of happiness and everything will be great.”

The problem with that is the third… The dukkha of pain we talked about. The dukkha of change, that’s this one. Then the problem, why the dukkha of change doesn’t work, is the pervasive dukkha of conditioning, meaning that just by having five aggregates under the influence of afflictions and karma things are not going to go well. We may have the best stuff that samsara can offer us, but is it going to last for a long time? We’ve all had happiness–just even in this life–a lot of experiences of happiness. Where are they right now? In your phone, because all you have is pictures to look at. That’s it. What all the happiness is. Gone. And even when you have it, if the thing that gives you pleasure, if you keep doing it again, again, again, again…. Instead of bringing more happiness you get sick and tired of it. It’s like… We like chocolate mint ice cream (don’t we, Venerable Tarpa?). How much can we eat? A lot. [laughter] But the thing is that if it had happiness in it, the more we ate the happier we would be, but at the end of a half a gallon, what do you have at the end of it? A stomach ache. Not more happiness. And any person you’re around, if you’re around them minute after minute after minute, with no respite, at a certain time it’s like “can I be alone please?” “I want to be with somebody else.” Or, “Get out of here!” The idea is that as long as we’re looking for true happiness or satisfaction or fulfillment in samsara it’s never going to come.

The part of our mind that says, “Yes, Dharma’s really great and it helps me at least not get so angry and stuff. That’s good.” And that’s very good. Dharma’s working for you. But if on top of that you think, “And then I just have to tweak my samsara to keep making it really good,” that part’s going to lead you to trouble, because just by its very nature there’s no lasting fulfillment or satisfaction. Hard as we try to control everybody in the world and make them do what we think they should do, we still have aging, sickness, and death. And if you think you just have to wait until science overcomes these you’d better live a really, really long time because I don’t think that’s going to happen, because the source of the afflictions is not the genes or a chemical imbalance in the body. Those things can be conditions that cause the arising of the afflictions but they’re not the principal cause. True lasting happiness only comes through Dharma realizations, through eliminating the ignorance, anger, and attachment, through attaining nirvana and full awakening.

When we really think about dukkha, the second attribute, very strongly, and then thinking about impermanence also, then we really get the feeling that, “I need to re-prioritize things in my life, and I need to kind of start looking at what life and all my experiences are about from a different angle Because they’re not blissful by nature, and they are not permanent. Seeing this then I have to decide what’s really important in my life to do.” And then that helps us generate renunciation and the determination to be free, and that propels us to practice the path which brings a lasting kind of happiness. 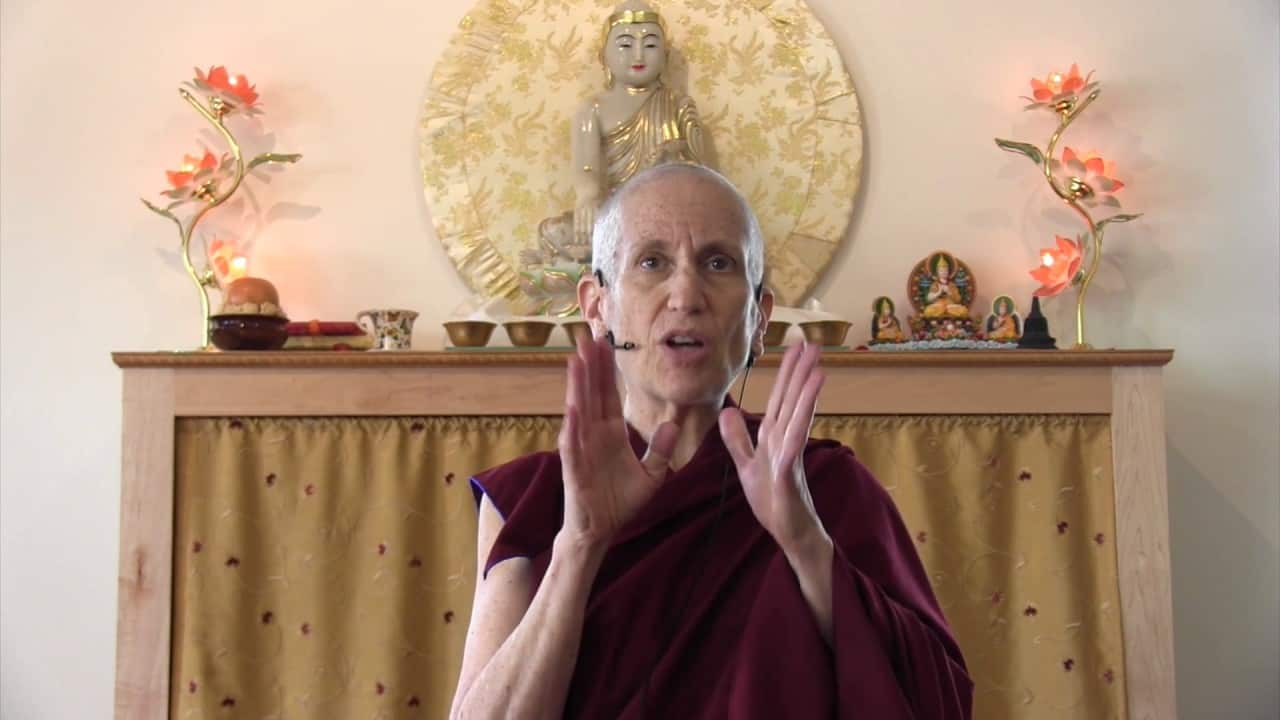 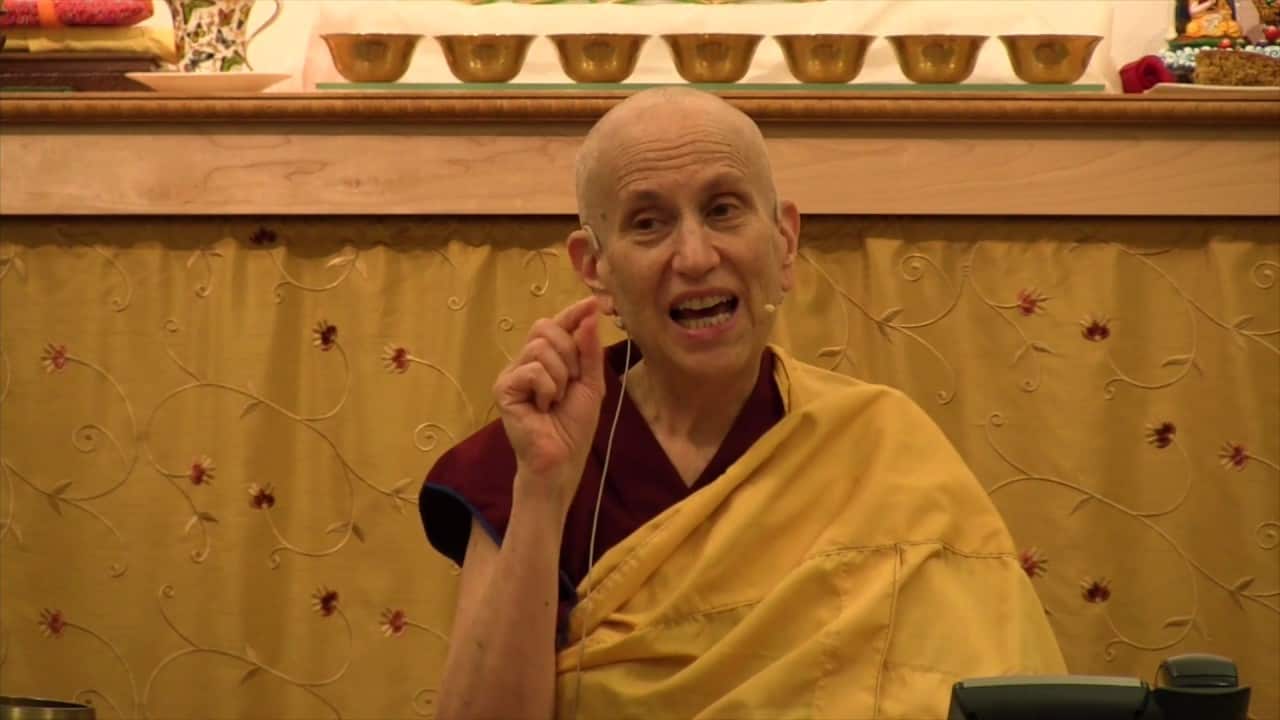