Disadvantages of the self-centered attitude

Disadvantages of the self-centered attitude

Wisdom of the Kadam Masters: Disadvantages of the self-centered attitude (download)

The best discipline is taming your mindstream.

We’ve gotten to the part now about taming the self-centered attitude. Last time I asked you to think of the defects. Did you do that? What did you come up with?

I was reading some transcripts today of a teaching by one geshe that I met when I was in Dharamsala one year, how narrow our mind goes, and how that makes everything that happens to “me” blown up out of proportion. But he was saying–because he was very, very sick one year, super sick, he was very sick when I met him but this was when he was sicker–and he said when he was just lying there because he couldn’t do very much what he thought about was, what was the big picture. He was thinking that there’s more going on. There’s what’s in front him, what’s in back of him, what’s on both sides. He was saying what’s in front of him is future lives. What’s in back is previous lives. What’s on both sides are other sentient beings experiences. He said when he started thinking about all of that when he was lying there so sick then his mind really relaxed because he saw that whatever suffering he was having was actually quite small compared to the big picture of all sentient beings, and even the big picture of his own past and future lives.

Similarly, to get so excited over a present happiness is also kind of out of proportion, because, again, compared to past and future lives and all sentient beings it’s just some small thing. So why get too excited, why get too down, neither of them make very much sense.

This big picture is a real thing that counteracts the complete veil that the self-centered attitude puts on us.

[In response to audience] It narrows you when you don’t want to be narrow, and it expands you when you don’t want to be expanded. When you’re trying to focus on doing something, self-centered thought comes in the form of distraction that takes you out and away. And when you’re trying to expand your perspective, let’s say by meditating on the four immeasurables, self-centered thought says, “But what about me?” And zooms right back to ourselves.

Again, it’s so sneaky. It’s so incredibly sneaky. And it comes up with these wonderful reasons that make total sense in the moment. Doesn’t it?

[In response to audience] Just the narrowing effect of it, especially the feeling of loneliness, the feeling of disconnect, feeling of isolation, or alienation often is because we’re just focusing on “me.” “The world doesn’t understand me, I don’t fit in with what the world wants, nobody likes me,” or whatever flavor of the moment we have for interpreting why somehow we don’t fit in or belong where we are, and how that’s just focused around “me.” And even when we try to expand from that, and then we consider our friends and our families, and have maybe some affection or whatever relationships with them, it’s still formulated around the idea of “me” because these are the people who like me, who are close to me, etc.. So as long as there’s always “me” in the center of it then there’s going to be problems. The real solution is to be able to…. You can see now why having love and compassion has to be based on equanimity, because we have to get beyond the self-centered mind categorizing people into friends, enemies, and strangers so that we can really care about people equally, simply because they’re living beings who want happiness and don’t want suffering just like we do.

[In response to audience] The self-centeredness can also make us feel ill, and this is quite true. When we sit there and ruminate about “me me me me, what is happening to me, what do they think about me, what is going on in my life, are things going to turn out the way I want them to, they’re not going the way I want them to, things never go the way I want them to, woe is me, why is life like this, I’m always so unhappy, this is totally unfair, maybe I should do this….” That. When our mind starts spinning like that we mentally become exhausted, and physically there’s going to be repercussions from the mental exhaustion. And we can see that. When our mind becomes stressed so often it’s because the self-centered attitude is worrying about something involving ME. And we all know that when we get stressed we become unhappy and it affects us physically, doesn’t it? We don’t feel well, we’re exhausted.

[In response to audience] The self-centeredness focuses on another situation that’s the cause of your suffering, and then to realize that what you actually need to do now is have a kind attitude towards yourself, the self-centered attitude is the one that focuses on the external cause of suffering, but it’s also the thing that prevents you from seeing, “Okay, I have to calm myself and be a little bit kinder to myself, and not be so ‘point the finger’ at myself, how rotten I am.”

[In response to audience] That thought, the anxiety that is, “Well, what about me? What’s going to happen to me?” How then that comes out as anger. Sometimes it’s restlessness, like you said. Sometimes it’s anger that then get dumped on whoever the fortunate being is around you, who gets to purify his negative karma by being the recipient of our junk.

[In response to audience] The self-centered attitude comes in in terms of, we want to organize our lives so that we get the most pleasure and least inconvenience out of every experience. I’ve been deeply involved in this in scheduling the upcoming trip to Europe, where I want to make sure I have enough rest, and then that there’s enough time so I can go see this friend and that friend, “but if I have to take this ferry it’s way too long and that’ll make me exhausted…..” And on and on…. So how to get the most pleasure. You’re going on a train ride, on a plane ride, oh, those lovely international plane rides where you have to sit in fetal position. And I’m a small person. I think of these guys who are six foot something. I can barely fit in the seats, how do they do it? And then of course it just brings out your thing of, “This is my quarter of an inch on the armrest. Get your arm off my quarter-inch. My elbow wants to go there.” [laughter]

Good discussion. Good we keep thinking about this. Next time I’ll ask you for some more ways. 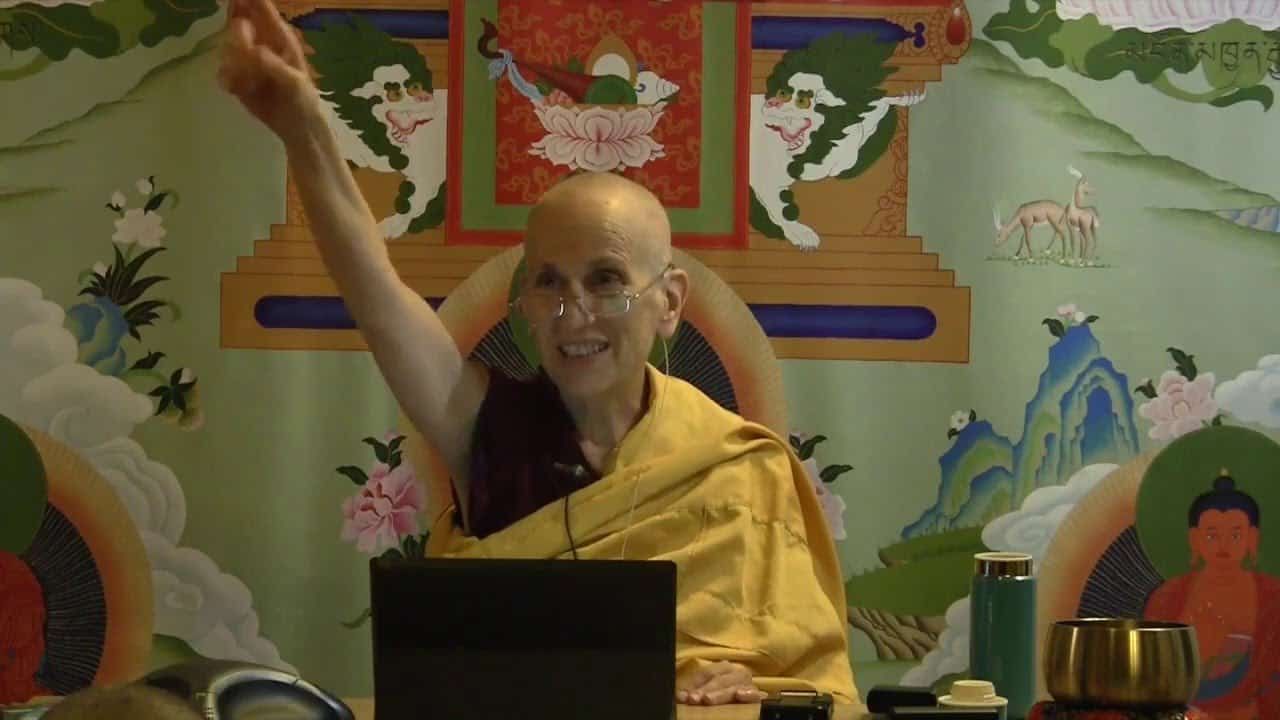