Wisdom of the Kadam Masters: The teaching of no-self (download)

I thought that we would start these quotations from The Wisdom of the Kadampa Masters. The first one says,

Again, Khuton, Ngok, and Dromtonpa asked Atisha…,
[The first three are Atisha’s disciples]
“Of all the teachings of the path, which is the best?”

Atisha replied, “The best learning is realizing the truth of no-self.”

No-self. Let’s just look at that word to start with. The word itself can be very confusing if you hear it, like, “There’s no self.” It sounds like Atisha or the Buddha is saying there’s no person whatsoever, there’s no self. That’s not the meaning at all.

The word “self” can be quite confusing. In Buddhism it can be used in two different ways, depending on the context. Sometimes the word “self” refers to the person that exists, like you and me. Sometimes it refers to what we call the “object of negation,” meaning inherent existence, which is a form of existence that has never existed and never will exist.

The thing is that when you read the phrase, or hear the word in a sentence, it doesn’t necessarily tell you which meaning it has. So if you think of the opposite meaning then you get really confused. When Atisha is saying there’s no self, he doesn’t mean there’s no person. He means there’s no inherent existence, which is that fantasized way of existence that appears to us and that we grasp onto because we think things exist in the way they appear to us, as some kind of objective reality.

So that kind of conceptualization is very useful. When you’re doing lamrim meditation you’re using concepts. That’s very useful. You become much clearer in your mind.

Then other people have the mind that says, “I’m excluded.” Not that I don’t fit in, “I fit in but they’re excluding me.” They see the world through that lens: “Everybody’s excluding me.” Whereas the other person sees it through: “I don’t fit in anywhere.”

Then there’s a third person who looks around and says, “Nobody likes me.” They’re sure about that, and they can document it. “He didn’t look at me at breakfast time, that means he doesn’t like me.” They see everything through that lens: “They don’t like me.”

Fourth person sees things through: “They’re criticizing me.” Even people ask questions: “That question is a criticism, why didn’t you do that, or that should have been done.”

Then somebody else looks at things through, “They don’t recognize my good qualities.” They see the world through: “I have all these good qualities and nobody recognizes them.”

Then another person sees the world through, “I’m a disaster, I’m no good. Everything I do goes wrong.”

And on and on an on. Are you recognizing maybe one or more of these?

We all have, I would say, all of these to some extent, but we probably focus on one or two that are our primary modes, so that whenever we meet people, or whenever we’re in a situation, that’s our primary thing: “I don’t fit in, they’re excluding me, they’re criticizing me, something’s wrong with me, they don’t appreciate me, ” and then there are a whole bunch of other ones, too, that go on and on. It’s very interesting.

There are a lot of ways to handle these different kinds of conceptualizations. One is to ask, “Are they true?” And to really sit down and examine, “Is this really true?” And look at the facts. “Does somebody not saying ‘good morning’ to me at breakfast mean they don’t like me?” Is that a correct syllogism? Is the pervasion that every time somebody doesn’t look at you at breakfast it means they don’t like you? Is that correct? They can never have a stomach ache and that may be the reason why they don’t look at you at breakfast? They may be half asleep, that could be the reason? “No, it always has to be because they don’t like me.” Is that true or not true?

We need to look at our syllogisms that we’re setting up in our minds, our logic that we’re using to play by these.

And then you go back to, “Who?” Who’s that “me” that they’re criticizing? Find it. Who is it? Body, mind. Or something else? Is there something else that’s not the body and mind that’s maybe you? Your body and mind are here, and you’re somewhere else? Like some soul? Exactly who is the recipient of this criticism? And who has the hurt feelings?

Well, who? Who’s the “I” with the hurt feelings? You really look. And this is a very, very good way to get some understanding about “no self.” Because the self, in the way that we ordinarily conceptualize it, is false. We can’t find. Because our ordinary conceptualization of the self is there’s some objective thing that’s “me.” But when we look for that objective thing that’s me we can’t identify one thing that is me forever and ever in all situations.

Just check who is that person that you feel so strongly is the object involved in all these conceptualizations. 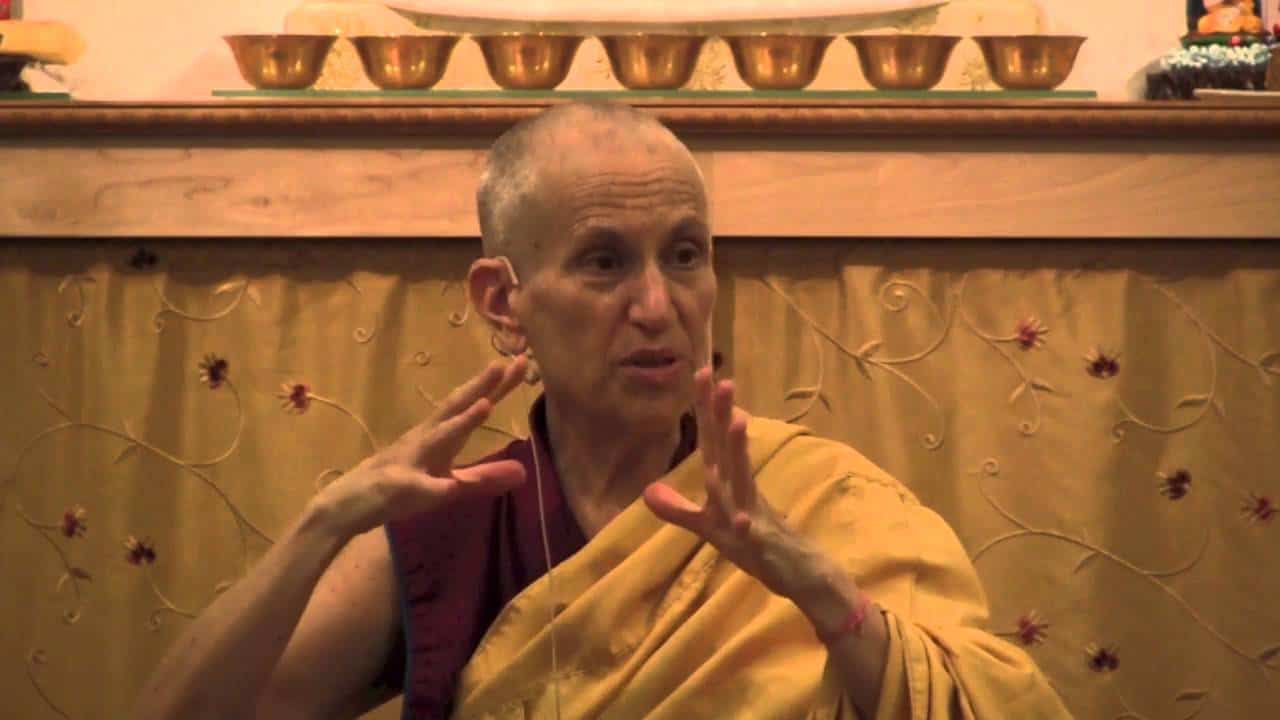 The nonvirtues of stealing and sexual misconduct 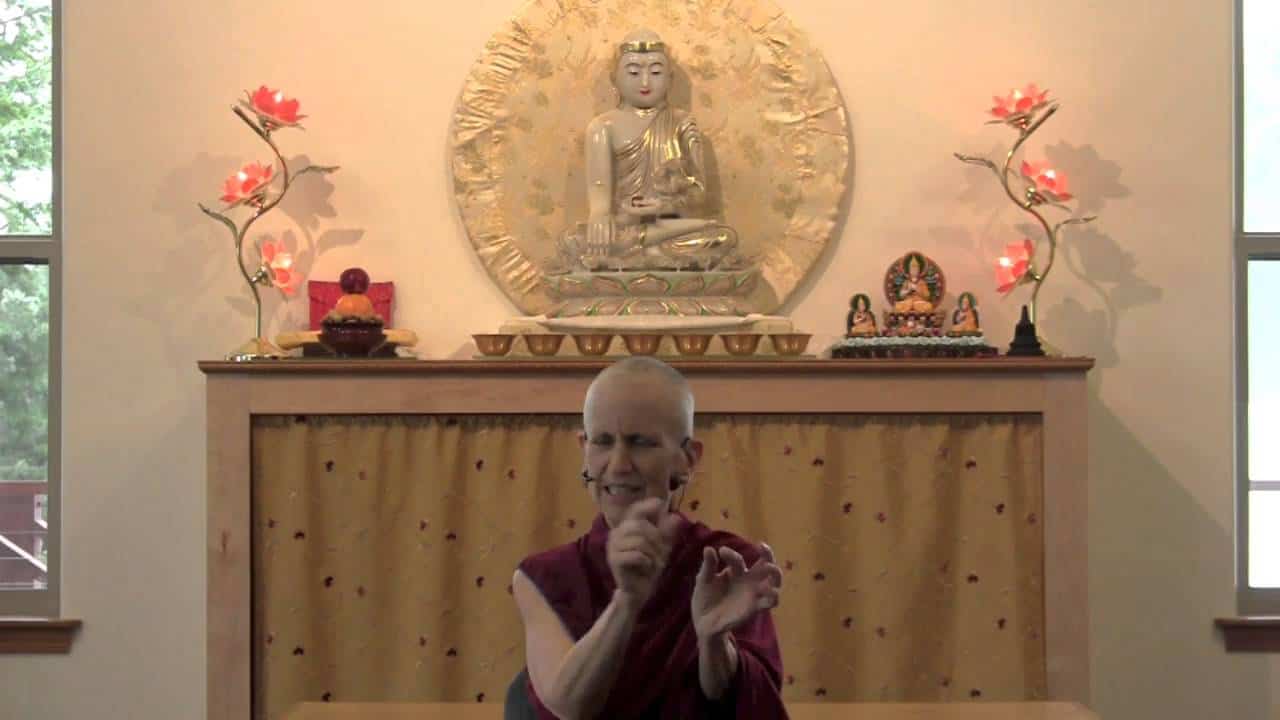