Wisdom of the Kadam Masters: The best learning (download)

The best learning is realizing the truth of no self.

Why is that the best learning?

Why is it realizing no-self? Because that is the only realization that actually cuts the root of cyclic existence. Bodhicitta, for example, and all of our other practices on the method side of the path are very, very important. That’s how we create merit. Without bodhicitta we can’t become a fully awakened buddha. But without the realization of emptiness we can’t cut the root of samsara. Bodhicitta cannot cut that root. Only the mind that directly cognizes the opposite of what ignorance cognizes is capable of cutting the root of the ignorance.

If you’re finding the teachings on emptiness difficult for you then start out contemplating impermanence. That’s a very good way to ease yourself into a better understanding of how thing exist, and from there it’s easier to get to emptiness.

With impermanence there’s gross impermanence, like sun rises, sun sets, and death. Those are gross impermanence. But here (we’re) really talking about subtle impermanence, the fact that things arise, abide, and cease in every split second. And actually, when you look at it, you can’t even find a split second. We have this image, sometimes we hear, one moment, second moment, third moment, as if they’re nice little discreet moments with some kind of glue holding them together so they form a continuity.

Actually, when you really sit there you can’t isolate one moment. You cannot find a moment, because whatever you pick, half of it’s gone already and half of it is yet to come. So where is that present moment? And yet, the present is the only time we ever live. It’s really kind of a puzzle when you get into it. But the more you get into that it can really help with understanding emptiness. When you think about subtle impermanence and the fact that things change moment to moment, they aren’t the same in the next moment, then automatically the questions comes, “Well then, what is it that goes from one moment to the next?” If they aren’t the same, and they aren’t the same through and through, then can you say that there’s an essence that goes from one moment to the next moment? That’s one way that kind of leads you into emptiness.

Another way that leads you into emptiness is when you get into subtle impermanence…. Why are things having that kind of subtle impermanence? Because they’re dependent on causes and conditions. That means that things don’t exist under their own power. They can’t support themselves because they’re completely dependent on causes and conditions that came before them. Something that is completely dependent on something else, again, cannot have its own inherent essence.

When you start to see, “Well actually no I’m not this little blob here….” And forget controlling anything. Just forget it. Then you get some feeling of how things change, they don’t have an inherent essence, like that.

Those are just some ways, in addition to studying the philosophy, but maybe some easier ways when you’re meditating to start to think about emptiness.

Lama (Yeshe) used to look at us and say, “Emptiness is not somewhere someplace far away in another universe. It’s right here, dear.” It’s your very nature, you just don’t see it. So not to think of emptiness as something in some other place that you have to go to.

That’s why I think it’s much better to say “ultimate truth” rather than “absolute truth.” “Absolute truth” gives you this idea of an absolute reality that’s independent of everything. “Ultimate” just means the deepest way of existing. It’s not some absolute somewhere, some place in another dimension that we have to get all weird about in order to realize. Lama would look at us and say, “It’s right here. Right here.”

[In response to audience] A continuum of a same type means that what appears from moment to moment looks like the thing that was there from the previous moment. This table, there’s a continuum of the same type because this table existed yesterday, and the table existed the day before, and so on. It just means that what you see from moment to moment looks kind of the same. But just because it looks the same doesn’t mean it is the same. That’s the point. 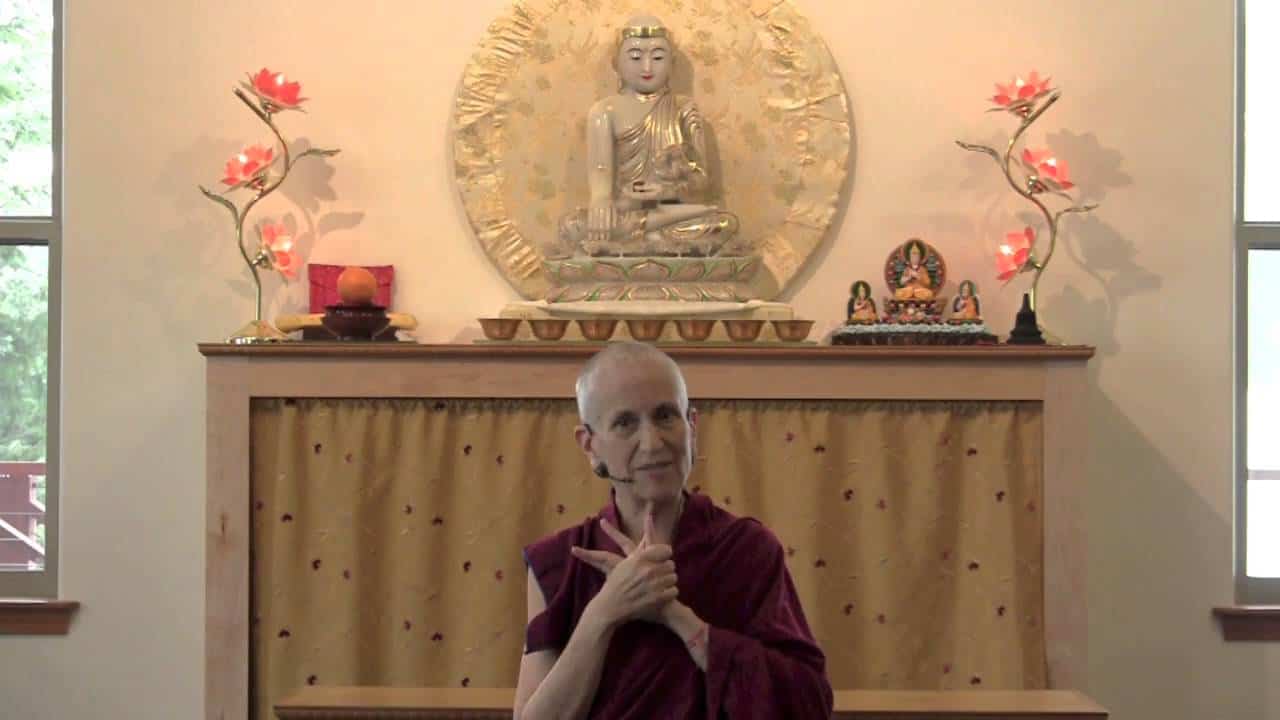 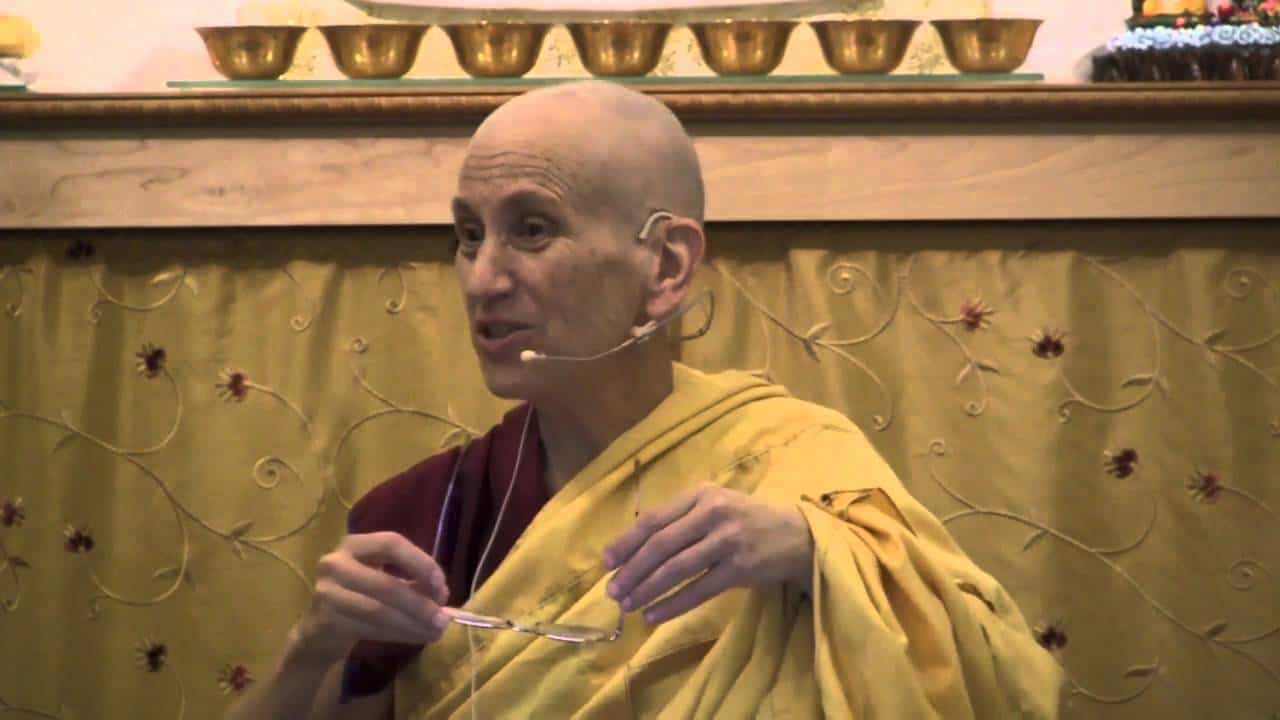