The Essence of a Human Life: Divisive speech (download)

Yesterday we talked about lying. The next of the four nonvirtues of speech is using our speech to create disharmony. This is often done by talking behind other people’s back, saying all sorts of things to turn one person against another person. We often do this when we’re upset with somebody. Somebody did something, we don’t like it. Rather than go to the person and talk about what happened and work it out with that person, we talk to everybody else but the person concerned. And in the process we create a big mess. Because I have a problem with Joe over here. So I don’t talk to Joe, because that would be too simple. I go and I talk to Susan, and Janice, and Herman, and Craig, and all these different people and tell them what Joe did. And because they’re my friends they’re going to side with me and agree with me about how horrible Joe was, and how we’ve really got to do something about it. Of course, if they don’t agree with me, then they won’t be my friends.

This is part of the definition (in worldly ways) of friendship, that you stick up for me no matter who criticizes me right or wrong. In a Dharma way…. First of all, both people are in error there. If we talk to the person who’s not involved in the conflict, trying to get them on our side against the other person, we’re creating disharmony between the other person and the person we’re talking to. Second of all, if our friend who we talk to then goes and agrees with us, whether we’re right or wrong, and simply encourages us to be more angry, and justifies our anger, then they’re not a real friend because they’re encouraging an unwholesome mental state in us.

When we have a problem with Joe, if we don’t feel ready yet to talk to Joe and we go to our friend and say, “I have a situation with Joe, I need to talk with someone about it in order to clarify my own mind, and in order to let go of the anger I have so that I can go work it out with him,” and then we tell our friend, that’s okay, because we’re being perfectly clean-clear that our motivation is not to get our friend on our side. Our motivation is to discuss it and get some wise advice from our friend who can help us work through things because we’re owning our own anger.

Even if we go to our friend and we’re not owning our own anger, if our friend comes back and says, “It sounds like you’re really angry. Let’s talk about your anger, and leave the situation of Joe for later,” then that friend is really being a good friend to us because the actual problem is our anger. The problem isn’t so much what Joe did.

We have to be very clear about owning our own stuff otherwise it becomes really creating disharmony. And similarly, just agreeing with somebody because they’re our friend doesn’t mean that we’re being a good friend to them because sometimes we’re just encouraging their anger, whereas when we say something then they wake up to what’s going on in their mind.

Now, the question is does this mean that you never say anything bad about someone else to a third party. Does it mean that? Well, no.

First of all, if you’re a therapist, in some cases clergy, there’s a law that says if somebody is threatening to do harm (or whatever) you have to report it. And if you don’t report it, you get in trouble. So it isn’t the situation that we never say anything bad about what somebody is going to do or what they have done behind their back. In certain situations it’s important to do that.

I remember one time with Lama Yeshe, he came to the Center where I was living and he started to ask me about what one person was doing. And what the person was doing I didn’t think was so good, but I thought, “Oh, I don’t want to talk badly about this person behind his back, especially to my teacher, because then he’s going to think all I’m doing is criticizing somebody behind his back.” So I just kind of waffled and expressed my discomfort. And Lama called me on it, and he said, “I need to know what’s going on so that I can help these people. And if you don’t tell me what’s going on, I won’t be able to help them.” So that was a big thing for me, to learn, Okay, yes there are situations where you have to say something that somebody else did negatively to somebody else who actually wants to help them. We just don’t let bad situations keep going on and on and on and on out of fear ourselves of looking like we’re gossiping, or creating disharmony, or criticizing, or something like that.

If you look at our bhikshuni precepts, we’re supposed to admonish each other. The community is supposed to know when somebody transgresses a severe precept. In fact, in our bhikshuni vows, the seventh parajika is concealing somebody else’s parajika. So we have to be very clear that there are certain situations when we have to say things, and not saying things is damaging.

But then we have to be wise in this and not go to the other extreme and then just talk, blah blah blah, “This person is negative about this, and this person is… And they all have problems, and they’re all screwed up,” and the result is that I’m the one sane one who’s the best of all. No, that is creating disharmony. It’s also idle talk.

We do have to really watch this because sometimes it’s very tempting—especially if a small group of people gangs up on one person. It can happen in the workplace or in the family or whatever, and everybody just talks negative about that one person behind their back in order to get everybody else together, to say “nyah, baad” And that certainly isn’t any good for anybody.

Venerable Thubten Chodron (VTC): I would say talking bad about whole groups of people—if your motivation is to get the person you’re speaking to to turn against them—yes, it would include creating disharmony. And then your second example was…? Our tendency to become amateur psychiatrists, or psychologists. That’s kind of the fad nowadays, isn’t it? We just go around diagnosing anybody. And according to whatever the latest disorder is that everybody’s talking about, the person we don’t get along with has that disorder. So one year they must have bipolar, then the next year they have narcissistic disorder, and the next year they have OCD. We just use these terms, throwing them around. That really becomes idle talk. And if our motivation, of course, is to separate people, then it would become this one of creating disharmony.

[To audience member] As a therapist how did you react when you heard all these amateur people diagnosing everybody? Did you ever say anything?

VTC: So even as a therapist, although you had to put a specific label as a diagnosis, you tried not to think of that person as having that label.

And I think that’s precisely why other people do the diagnosis, the amateurs do, because then, okay, this is the problem with them, and they have this problem, inherently, they’re not going to change, they’re defective because I gave them a term. And so that validates our opinion of them. So clearly as a therapist you don’t want to box them in. Because then people get that self-image and think “what can I do?” Especially young people.

VTC: Quite definitely. And that’s why we need to communicate certain information to know what things people are working on so we can support them in doing that, instead out of our ignorance coming at it and saying the total wrong thing that the person doesn’t need to hear. We need to communicate.

The four verbal ones are taking longer because they’re the juicier ones that we do more often, aren’t they. 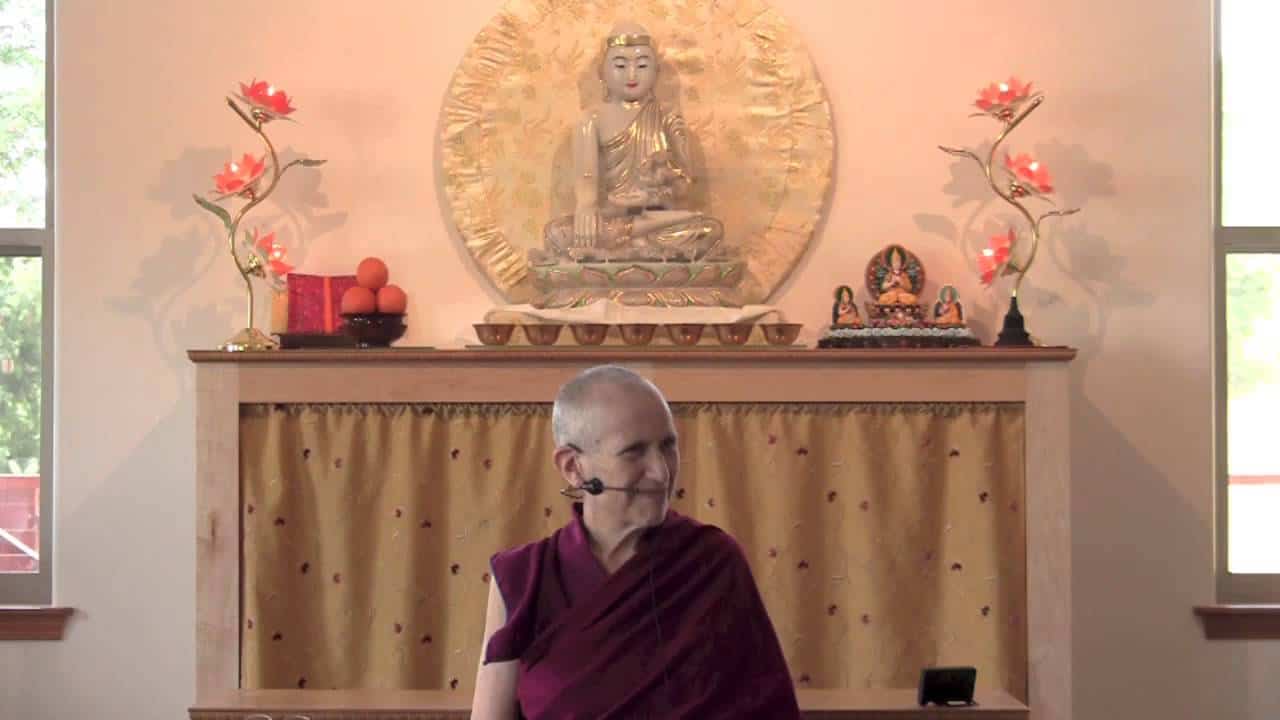 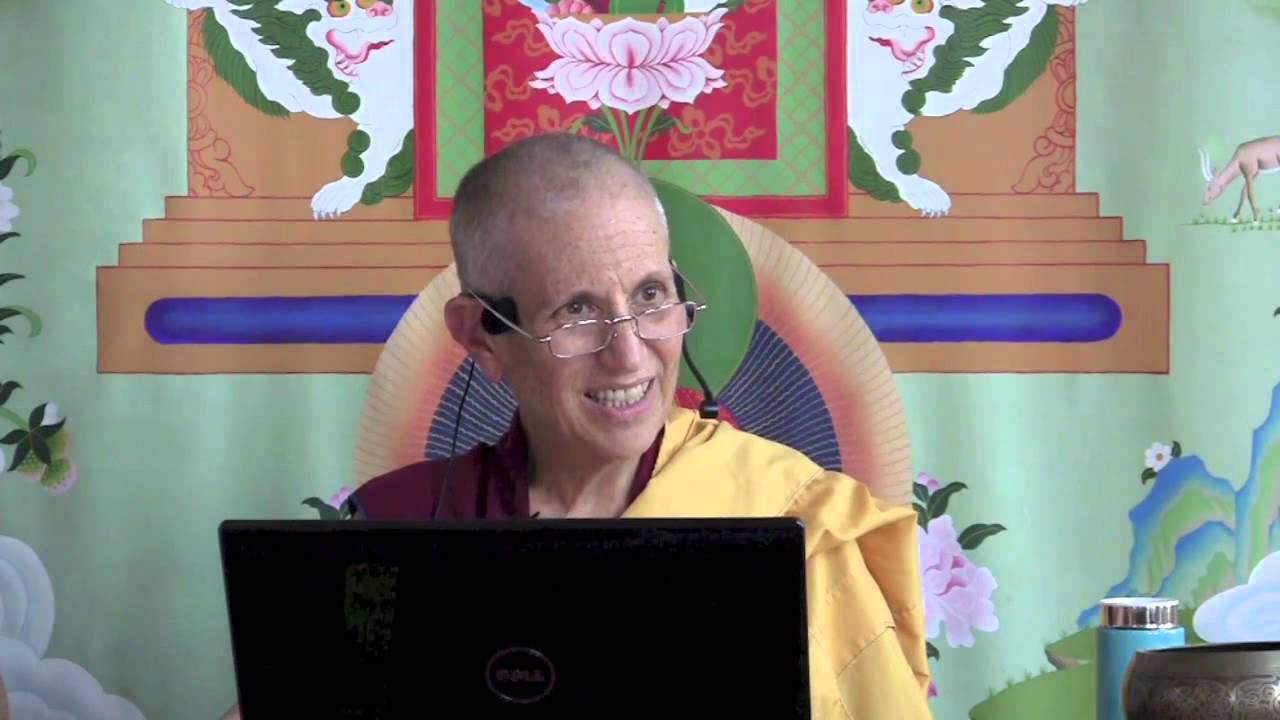