Verse 100: The armor of fortitude

Verse 100: The armor of fortitude

What armor is never pierced by any type of weapon?
Fortitude in the face of challenges arising from insults and attacks.

As we did last week in “Easy Path,” we talked about three types of fortitude.

So the first type of fortitude, insults and attacks, we’ve got to practice this because there is nowhere in samsara we’re going to go where somebody is not going to criticize us. This is the first thing we need to get through our thick skulls. At least I needed to get through my thick skull. Because one of my first rules of the universe is “nobody should criticize me.” But where am I going to go where nobody is going to criticize me? Only full awakening. Aside from that, maybe the pure lands. But depends what kind of beings are in those, there’s different kinds of pure lands. Even you go to Amitabha Buddha’s pure land, if you’re messing off he’s certainly going to say something. You think Amitabha’s going to let you mess off and sleep all day? Forget it.

There’s no place to go where people are not going to notice our mistakes and comment on them, so we’d better get used to that and learn to accept these kinds of things instead of taking everything personally. Instead of it causing this incredible doubt in our minds about “Am I worthwhile? Do people like me? Do I belong?” You know? All this kind of stuff that gets activated simply by sound waves going through the air that we interpret and then make up into the most amazing kind of stories that all revolve around how bad we are. Or if they aren’t about how bad we are, they’re about how bad the other person is because they’re commenting about how bad we are.

You know, we’ve been doing this since beginningless time. Isn’t it boring already? No, we still get off on it, don’t we? We still: “Oh wow, it means I exist! If people hate me it means I exist!” So you can really see how important the view of the personal identity is, because even if we’re miserable it means I exist, there’s a real “me” to grasp onto. [sighs]

You know, it really is boring after a while.

Okay, so, fortitude in the face of that. Fortitude in the face, again, of physical and mental suffering. Again, it’s been going on since beginningless time. “My little toe on my right foot, my middle toe on my left foot hurts, my big toe on my right foot hurts the…” Do you have a ring finger toe? [laughter] “My fourth toe hurts, my second toe hurts…. Everything hurts…. This little thing hurts, this little thing hurts….” You know? Always something hurts.

Well, congratulations, we have a body that is the result of afflictions and karma. Did we get a contract with that body that said you will never experience pain? No, that kind of contract did not come with that body. So the kind of body we have, it’s going to break down. It’s going to get sick. It’s going to be painful. What else is new? We can either cry about it or we can transform it into the path and see it as a ripening of our negative karma, as something that’s going to increase our renunciation and determination to attain liberation, to increase our compassion for other sentient beings. There are so many Dharma possibilities with how to deal with pain. So we can either complain and feel sorry for ourselves, be mad at the world, or we can practice the Dharma. It’s our choice.

Well it’s not, it’s changed, but we don’t see it that way. It’s like, [sigh] “Oh, do I have to sit down for another meditation? Really?” It’s like “I need a break from this.” “Just give me a break from samsara so I can relax for a while and then I’ll come back and practice.”

I don’t know where that break from samsara where you’re going to find that. Maybe you can complain to the department of ignorance about that one, too.

But the difficulties of dealing with a mind that is under the influence of afflictions and karma and goes bananas. The difficulties of trying to understand different Dharma points where you can look at the paragraph this way, and you can turn it upside-down and it means exactly the same thing to you, because it’s really hard and the meaning is not clear to us. Or practicing the Dharma and you think you understand it until somebody asks you a question and then you’re going “mmmm, I don’t know the answer….” And the difficulties of practicing the Dharma when you hear me give a Dharma talk like this instead of “poor you, I know somebody insults you and that’s really too bad, this kind of fortitude, you try practicing it but it’s really the other person’s fault.” That’s what you want to hear. But that’s not what your teacher says. So that’s part of the difficulty of practicing the Dharma. Because when you go to your teacher you want your teacher {to say) ” poor you, it’s really difficult, I know, samsara’s tough on you, harder on you than on anybody else, poor you. Don’t compare yourself to the people off the coast of Thailand who have just been sent further out to sea after the Thai government fixed their engines and gave them a little bit of water and food. But refuse to let them in. And no other country is letting them in. So don’t compare yourself to those people. Just feel sorry for yourself right now…..” 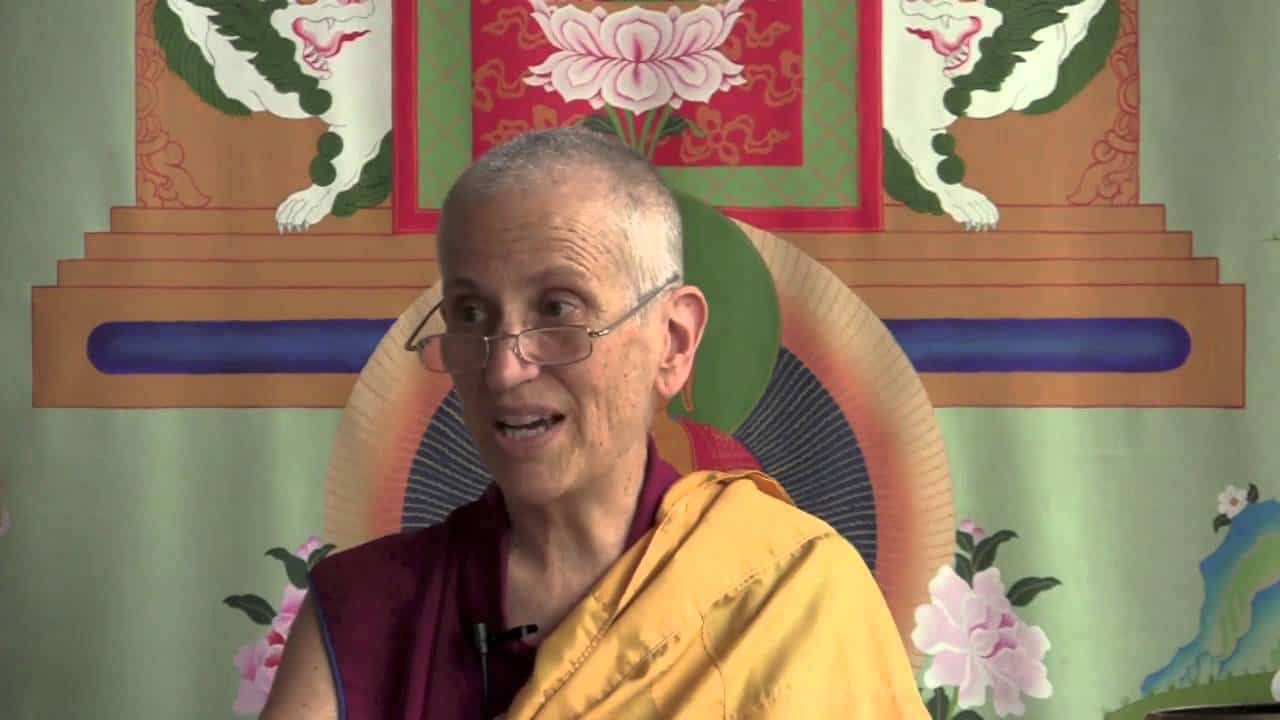 The far-reaching practice of joyous effort 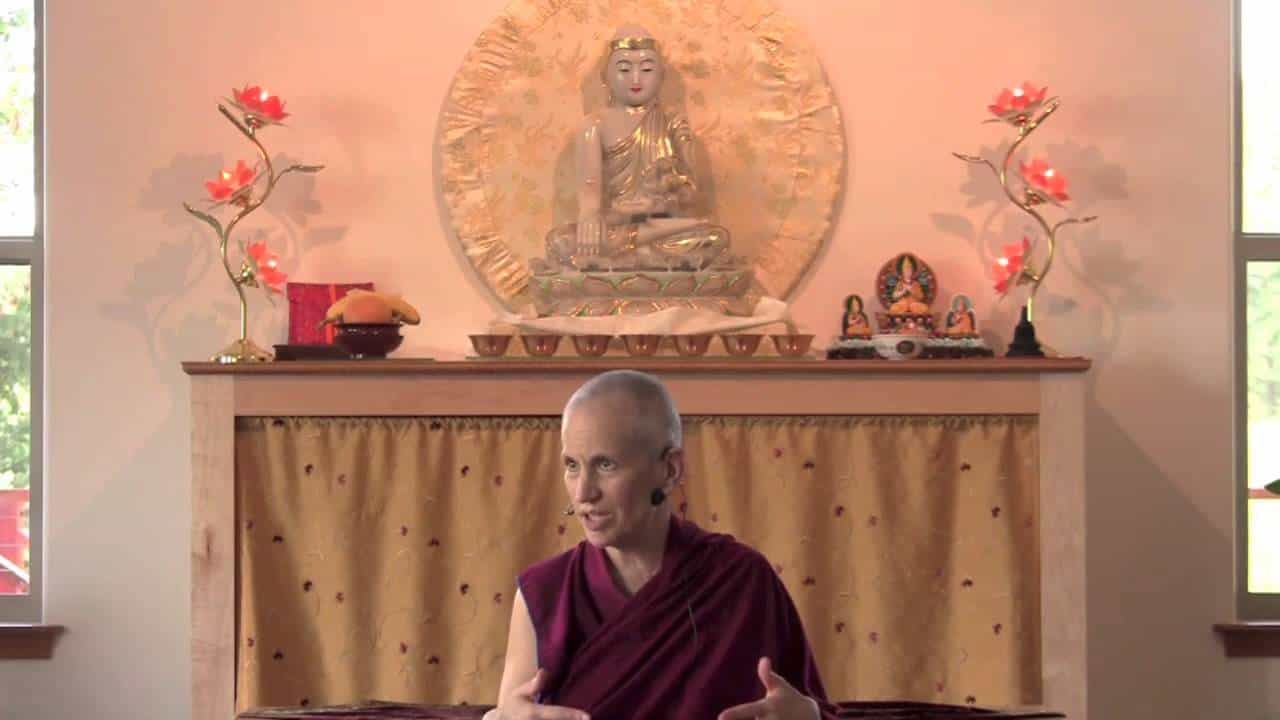