“What is like a smelly fart that, although invisible, is obvious?”

[In response to audience] Oh yes. A bad mood. That would be a very good one.

“What is like a smelly fart that, although invisible, is obvious?” Actually, a bad mood would be a very good answer for this. It isn’t the answer. He says, “Our own faults that are precisely as obvious as the effort made to hide them.”

What is like a smelly fart that, although invisible, is obvious?
Our own faults that are precisely as obvious as the effort made to hide them.

It’s the same kind of thing, especially in community. You know? It’s like, “Who me? I don’t have that fault! It didn’t come from me!”

We live like that so much of our lives, don’t we? The fault is there, everybody sees it, and it’s as obvious as our effort to pretend that it isn’t there. “I don’t have that fault. I didn’t do that.” Or the great one is, “I did that because blah blah blah blah blah.” And then people give you this long defense argument about how they were thinking, and this and that, and the other person said, and I really meant, and I don’t want you to think this about me…. And all you need to say is, “Yes, I did that.” “Yes, I farted.”

But we don’t say that, do we? We invent all sorts of things, we go around here, we go around there, we justify, we blame other people, we make up stories…. I mean, it’s incredible, isn’t it? Anything but say, “Yes, I have that fault.” There it is.

And the thing is, when you live in community everybody knows it already. You’re not telling anybody anything new. But it’s amazing how we don’t want to acknowledge how we are.

Audience: It’s like walking around with a can of air freshener.

Venerable Thubten Chodron: True! You’re walking around with your can of air freshener. Which, you don’t know which smells worse, the fart or the air freshener. Because those air fresheners are like, yuck. So you spray and spray, and then everybody goes, “Okay, what’s going on?”

And that’s what happens when we get really defensive, isn’t it? With our story, wanting to explain ourselves, wanting to make sure everybody understood and they didn’t misunderstand and they don’t think badly of us….

The thing is to really be able to discern our faults correctly. Because, especially in broader society, sometimes people think what is a virtue—according to the Dharma—is a fault. And then if we’re influenced by these people we’ll start thinking our virtues are faults and start blaming ourselves for things. And then other times—because of conditioning—what is actually a fault the world thinks is fantastic. And again, then we think everything’s great but it’s pretty smelly. But the world just happens to be saying, “It’s great, it’s great.”

And I think we’ve all seen this in our lives. I don’t know about you, but I know that I’ve sometimes done really nasty things but I can cover it up so well—and the way I explain it to somebody—that it looks like such a good thing I really did. Do you do that? Can you do that? And you weave this story, and it’s so virtuous, but really the motivation behind it was lousy. But we have our air freshener out.

This is where it really comes in to look at ourselves and be able to discern ourselves what is a fault and what is a good quality. And then when there are faults there, there they are. Why try and hide them? It’s kind of a relief sometimes when you can say, “I have a fault.” Or, “I have a problem.” Then we don’t have to use so much energy trying to pretend we don’t.

I remember one time at the Abbey a situation happened and I asked a person, “Did you do this?” And it’s like, “Oh, no no no no….” And it was like, “This is BS. Why are you telling me BS? I know you did this….” And then about an hour later the person came to me and he said, “Well, it wasn’t actually like that, it was kind of like this….” But I was really glad that at least he had the integrity to own up to it, because I knew what he had said wasn’t true.

Message from His Holiness the Dalai Lama

Okay, then, you want to hear what Samdhong Rinpoche said.

So, I had written him about the book and everything, I won’t read that part. I had written him to tell him that we had a bhikshuni sangha here, and to tell His Holiness there’s a bhikshuni sangha. We do the three monastic practices: posadha, varsa, and pravarana, and that we had just done Kathina, and I just thought that His Holiness might be interested in knowing that.

So, he said: “His Holiness was so pleased to know that the seven bhikshunis of Sravasti Abbey in the USA have already completed the first varsa and pravarana and that you are doing the posadha regularly. His Holiness asked me whether you are reciting the Pratimoksha Sutra in the Chinese language, or Pali, or Prakrit language. Can you inform me in what language you are reciting the Pratimoksha during your posadha?”

Isn’t that incredible? I mean, that His Holiness is interested in this.

So I will write and tell him we do it in English. 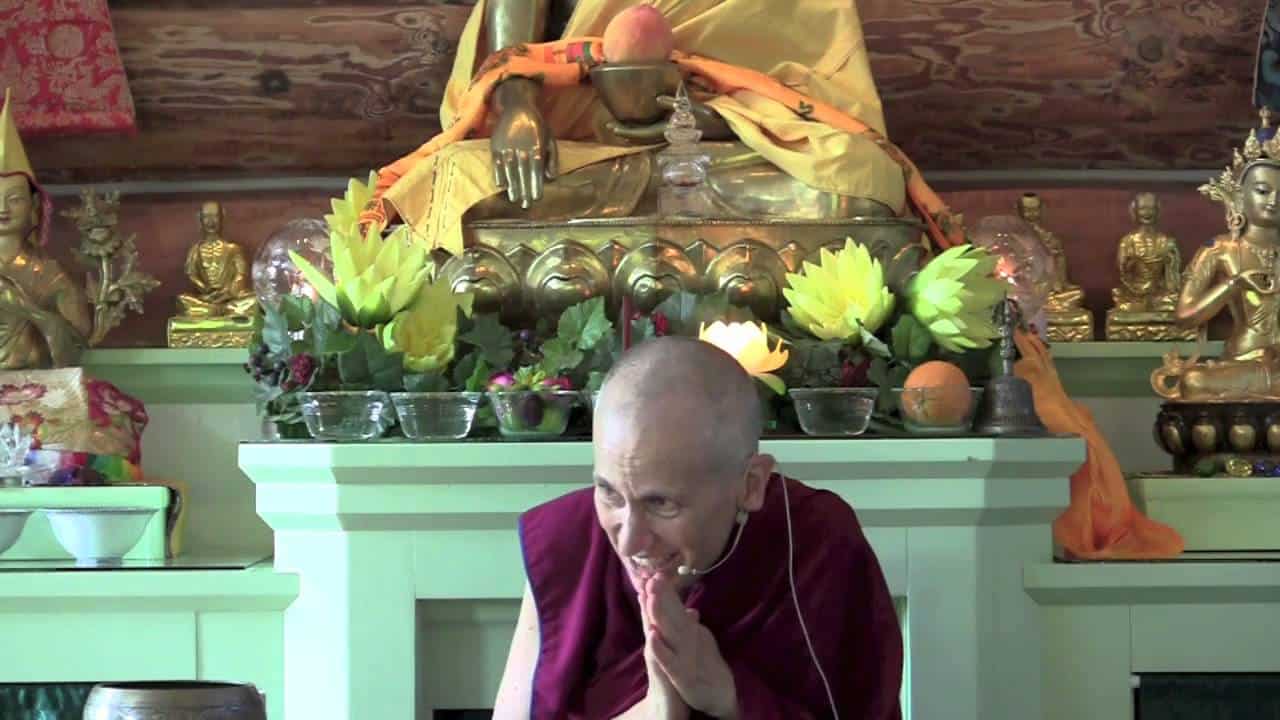 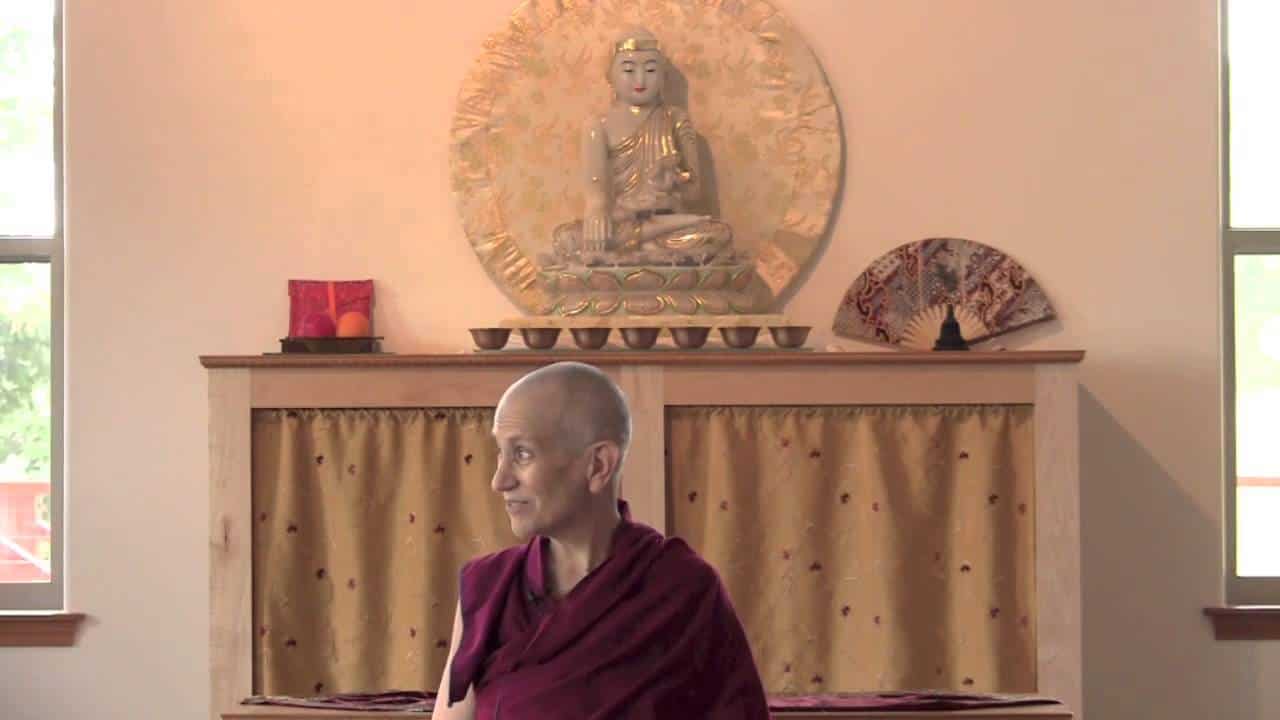