Verse 37: The one who is most ridiculed

Verse 37: The one who is most ridiculed

Who is the most ridiculed by the people of the world?
Those who, when they lose their worldly position, also lose their spiritual perspective.

It could be politicians, CEOs, us, because we all have, in our own little realm, our own worldly position. And if we lose it, it brings this shake-up in our identity. Like if we’re used to having a certain status in society, or a certain job, or people treating us in a certain way, and then we lose that. Or, people don’t know who we are and so they don’t treat us as we expect to be treated, then we lose our spiritual practice, and our spiritual perspective.

That is somebody who is the most ridiculed.

Ridiculed? I don’t know. Do other people ridicule? Most people agree. I’m not sure who does that. Maybe in Tibet. That’s very true.

[In response to audience] Anybody who is banking on their looks for attention, or their athletic ability, or their health or their whatever it is….. Whenever there’s a change in all of that, yes, for sure, people can really…. They feel so lost. And that’s the time, really, when the Dharma can help you the most.

[In response to audience] We love that. We love to build people up and watch them go kerplunk. It’s quite amazing.Especially in this country. We love to build people up, make them into incredible idols, and then when they fall down we all love talking about it. It’s like, what in the world do we get out of it? And then if they get redeemed afterwards, you know? They find God or something. Then everybody *really* likes them. But that’s if they were rich and famous and good looking beforehand. Anybody else who gets redeemed they don’t pay any attention to. They’re not worthwhile. Kind of crazy, yes?

[In response to audience] So you’re seeing “ridicule” in yet a third way here. Somebody who has a change in their life then they change by losing their practice and people see them as unreliable or unstable and ridicule them for that.

But in any case, the point is—at least, my point is—that we should maintain a stable practice and stable interest in the Dharma no matter what our external situation is. No matter whether things are going well or things aren’t going well, whether we’re healthy, whether we’re sick, or rich, or poor, famous or not, up and down. Because all of these things in samsara change all the time. So, no matter what’s going on like that, to have a stable practice that we really rely on and take as our refuge.

[In response to audience] So when somebody’s spiritual practice isn’t going well. I would need more information from the person about what wasn’t going well. What are they doing? What do they consider not going well? And I say this because it depends what they’re meditating on, how they were instructed, how they’re putting those instructions into practice, how they’re working with their day to day life. Also because sometimes people have very high expectations in practice, and then when nothing seems to be happening they think their practice isn’t going well. So it might involve helping them to have more accurate expectations. So on that kind of thing I would really need specific information from the person to be able to respond in a fair way. 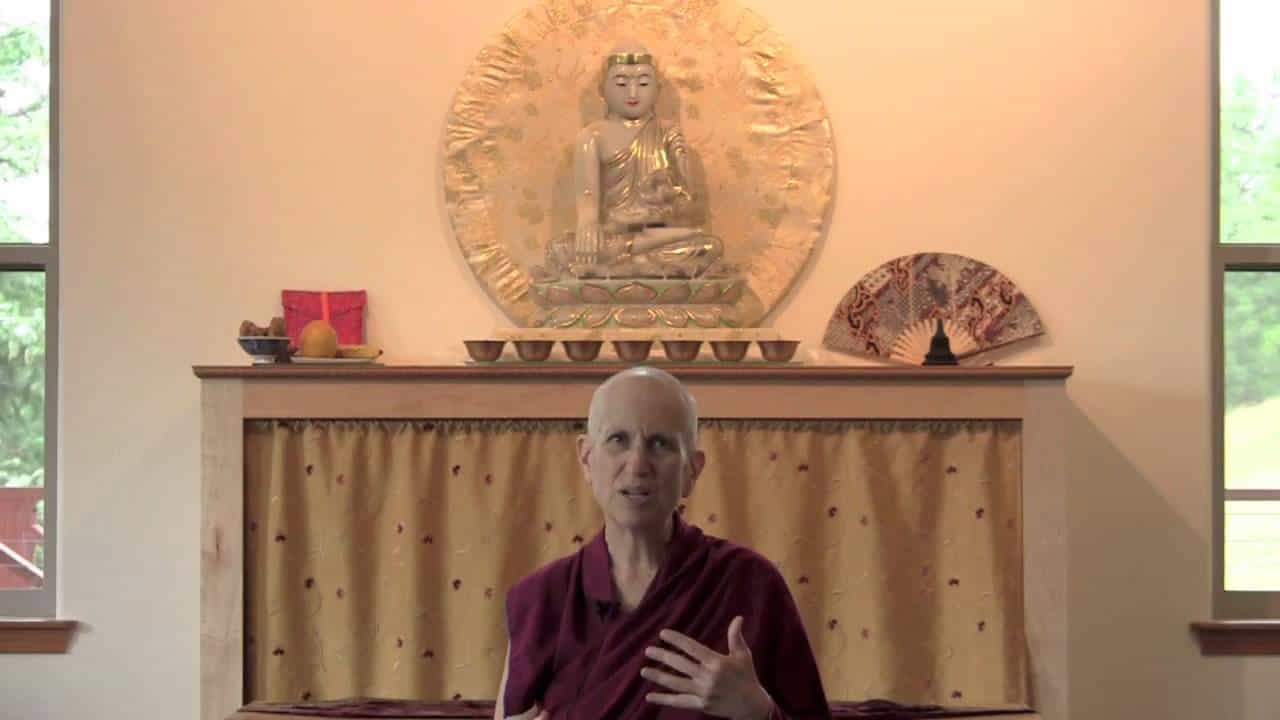 Verse 36: The slave owned by everyone in the world 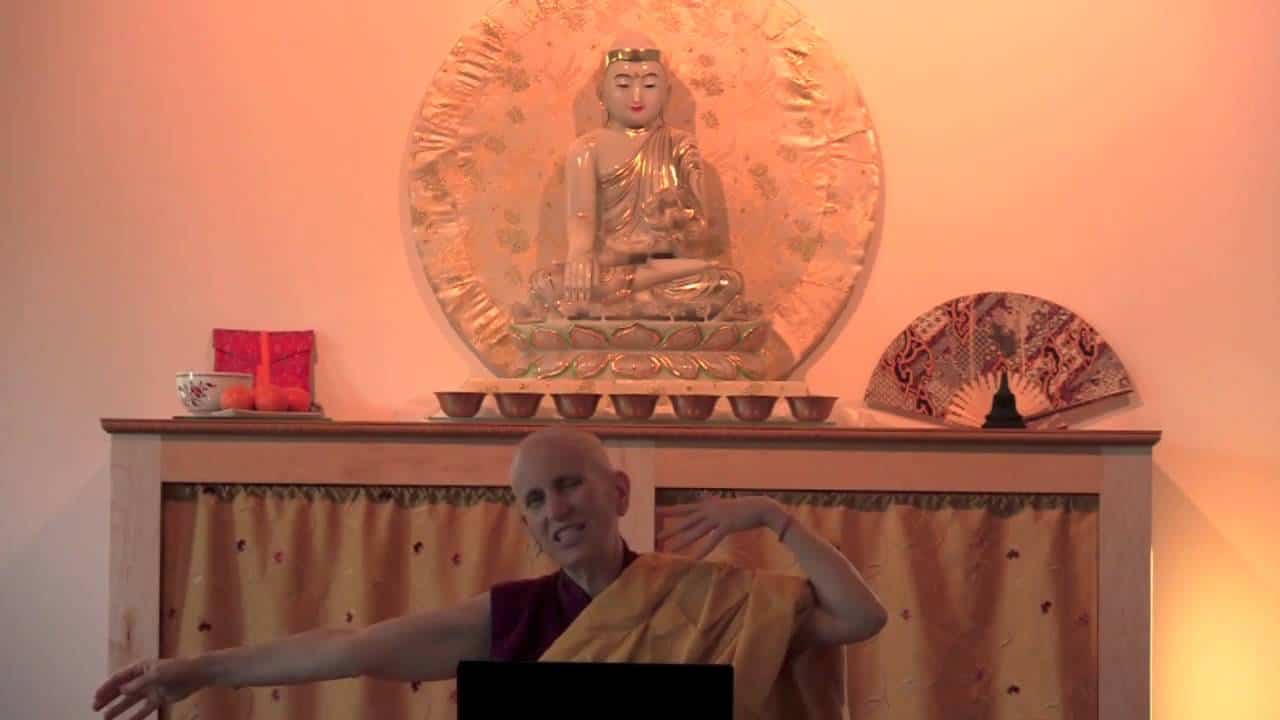 A rare and valuable opportunity