The second type in this particular scheme—there is another scheme that I will describe later—of dependent arising is dependence on parts. Whereas the first kind, depending on causal dependence, pertains only to functioning things, things that are produced by causes and conditions, dependence on parts includes also permanent things. It includes all the phenomena.

You might ask, “Well, how does a permanent thing depend on parts?” When you talk about empty space, which is the lack of obstruction and tangibility, then you can talk about the space in the east, the space in the west, in the north, in the south. Those are called the parts of space. The existence of space as a whole is dependent on it having parts.

We can do this in terms of our body too by dissecting the body into parts mentally. When you do this then you lose the sense of body. Like what I was saying the other day: by looking at the tree and just seeing the parts, you lose the sense of the whole. In that way you see how perceiving a larger whole is dependent upon there being parts.

Venerable Thubten Chodron: If something is inherently existent, it cannot depend on parts because dependence precludes independence. 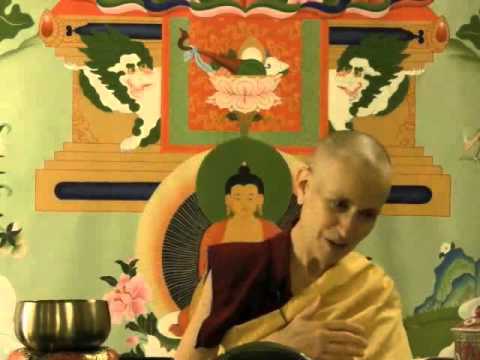 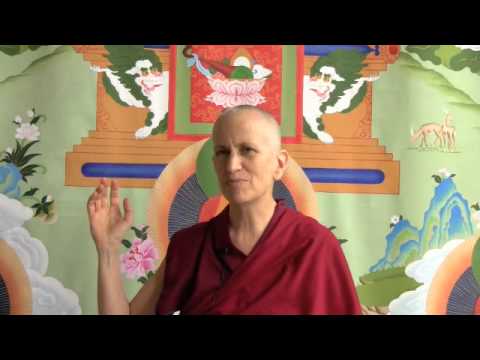 Working with the Tara sadhana