After 13 days inside a cell all I wanted to do was look up at the blue sky when I got outside. It would have been nice to enjoy a passing cloud, a bird in flight or the wind rustling through the leaves of the trees on the distant hill.

But looking was forbidden. As we filed out of the cell house—over a hundred incarcerated people with hands cuffed behind our backs accompanied by a tactical team member dressed in riot gear and carrying a heavy stick following every two—we were given strict orders to “look at your feet”, or “keep your eyes on the ground.” We were paired up just outside the cell house and escorted through a gauntlet of even more tact members stomping a black booted march down front street all the way to chapel at the far end of the institution.

Just ahead of me I could hear the labored breathing of my 58-year-old celly as he half shuffled, half limped along trying to keep up with the line. I could only imagine the pain he was in, forced as he was to keep his eyes glued to the ground despite a broken neck for which the institution had done little to nothing for in the past five years except give him some Ibuprofin and a neck brace. Would he actually make the walk to the chapel? I wondered. And what if he didn’t? Would he be dragged off to the side of the line or left where he lay for the rest of us to step over? There was no telling.

Once inside the chapel we were led single file into the main auditorium and ushered row by row into our waiting seats. Once more the bellow of tact team officers came echoing around us with warnings to keep our heads down and sit back in our seats. The last part I thought a particularly sadistic thing to order as it meant the steel cuffs binding our wrists would now begin to dig in mercilessly as we leaned against the backrest. Since the cuffs had not been double locked, I quickly realized that as powerless as I was to loosen them, it was regrettably easy to tighten them when I sat back too quickly.

For the next 40 minutes we sat there uncomfortably in our seats, the fans placed around the chapel conveniently pointed away from us and toward the clusters of officers supervising the crowds. Within minutes my shirt was soaked with sweat. The poor guy next to me was so bad off he was trying to wipe his eyes with a raised knee. It was an exercise in acrobatics that did not go unnoticed by the officers who belted out an order for him to “sit the f*** back and don’t move again!”

By then, several thoughts were rolling through my head. First, of course, was the fact that neither I nor anyone else being put through this ordeal had actually done anything to warrant this treatment. This was nothing more than DOC grandstanding in response to an incident for which those responsible had long since been taken to segregation or transferred out of the institution.

The second thing I thought which I often think at times like this was that directly deserved or not, the very fact that I had committed a crime that landed me behind bars meant that from time to time I would have to go through things like this. Like it or not, this was part of the life I had earned for myself. Welcome to karma.

Lastly, I thought to myself that as part of the life I had earned, as part of my life period, I had an obligation to live it as fully and completely as I could for what it was. At the moment, what it was happened to be rather difficult. So, I decided to sit with the difficulty, opening myself as fully as possible to my situation, whether that was the cuff related numbness growing in my fingers, the almost jovial banter of officers as they picked several imprisoned people out of the crowd for a strip search, or the groans, coughs or covert attempts at shifting positions that everyone was making around me.

The irony of being forced to sit motionless in the chapel with eyes downcast to a spot on the floor was not lost on me. Without the cuffs and a bit of shifting of my own, I could have been sitting in lotus position over in the chapel’s sangha room. I quickly realized in fact that as difficult as the situation was for everyone around me, my years of practice in meditation was making this particular exercise in “sitting” far more tolerable for me than it otherwise could have been. 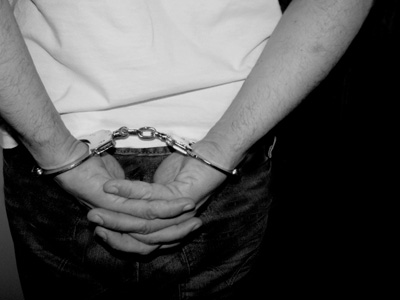 I at once found myself empathizing with the plight of those around me who hadn’t had the benefit of practice. Not hampered by an overt physical discomfort or getting lost in the mental and emotional chaos often engendered by such discomfort left me open to experience more fully what everyone else was going through. I was once again reminded that the pain and suffering of others is my pain and suffering as well. None of us are separate from each other, which means we can’t be separate from each others’ trials and afflictions either.

The question was, what could I possibly do in my present state to ease the suffering I was privy to? If I had my way, everyone’s cuffs would have been off. People could have been able to move freely in their seats and talk quietly amongst themselves. Unfortunately, my cuffs were as tight as theirs. My way was not going to happen.

My vow as a Buddhist had always been to save all beings. And yet here I was, powerless to do anything more substantial than try to acknowledge the situation for what it was. But then I thought, wasn’t that enough?

When I first came to the adult division of the Department of Corrections, I attended a group therapy program that, at least for me, was life changing. One of the first things we did in therapy was learn to take responsibility for our criminal behavior and accept the fact that because of that behavior, we now owed a tremendous debt both to our victims and to society as a whole. While part of that debt was being paid in the time we were serving behind bars, that in itself could never fully repay what we owed. The obligation was greater than that. Part of that obligation meant that we realize the impact of what we had done to others as fully as we possibly could, and by extension, acknowledge the humanity of those harmed and the fact that they deserved none of what had been done to them. This was especially important because every person, whether a child being harassed at school, a valuable employee passed over for promotion, or the victim of a violent crime inevitably asks the same question: “Why me?”

“Why me” is inexorably linked to the formative years of our lives when concepts like fairness, right versus wrong, and self-worth are just taking shape and being tried out in our daily lives. Who hasn’t heard that familiar protest from a couple of four-year-olds at the dinner table carefully examining each other’s plate? “Billy’s got more than me,” comes the pout. Even at that age the idea of fairness has taken hold. Children learn young that if they’re good, they get rewarded; if they’re bad, they get punished. If Billy gets more, fair play calls for the tantrum to balance things out.

Maturity brings an end to the tantrums of course, but not to those basic ideas of fairness or right versus wrong. When something terrible happens to us, on some fundamental level a part of us reverts back to our childhood, wondering if perhaps we didn’t do something to deserve the injustice perpetrated. Of course no victim of abuse or injustice ever deserves it. What they deserve is the love and support of family and friends, and whether they ever have the opportunity to know it or not, they deserve to have the victimizer take responsibility for their crimes and acknowledge with heartfelt remorse what they have done to innocent human beings.

I could do nothing physically to alleviate the pain or discomfort of those around me. But what I could do was face this moment for them and with them, exercising clarity, awareness, and compassion. In this way I hoped that at least their pain, their struggles would not go completely unnoticed or be dismissed out of hand. These moments, whether they were good or bad, were the very makeup of our lives and as such they deserved to be acknowledged.

All too often one’s humanity gets forgotten inside prison. People become “offenders” and nothing more. When that happens, it gets much easier to treat someone badly. An officer doesn’t have to think twice about making someone walk their line with a broken neck, turn the fans away on a hot summer day, or curse and shout orders at people already outnumbered and subdued by cuffs.

Sadly, whether it’s a person in prison or an officer, when we forget another’s humanity, we end up giving up our own as well. Victimizing becomes ever easier. By sitting with difficulty we allow an honest and unbiased look at the situation we’re facing, and by working with the compassion engendered through our practice, we can acknowledge and perhaps do away with some of the suffering of those around us. As with anyone else who is suffering, the men sweating their way through yet another institutional shakedown deserve to have their plight recognized.

If there is no real separation between you and me, or us and them, then just as I experience the suffering of others through my practice, others must on some level experience the merit of that practice. My recognition, my awareness and acknowledgement of others during my practice, may well mean the beginning of healing and the dissolution of at least some of the suffering I witnessed.

When we got back to our cell after another long and harassing march, my celly and I spent a good hour straightening out our property boxes and putting away the stuff messed up during shakedown. He was tired and in pain from his exertion. While he described that pain to me and the frustration that went with it from so long without treatment, I sat and simply tried to listen. Listening was all I could do for him at that moment. The act of listening, allowing me to really hear what he had to say, became a way to further acknowledge his situation as a human being. While not the surgery he needed, I hope it was at least a balm that gave him opportunity to speak his mind and to know that someone cared and was willing to be present for him. If nothing more was accomplished in my day than that, then our march to chapel was worth every moment. Sitting with difficulty always is. 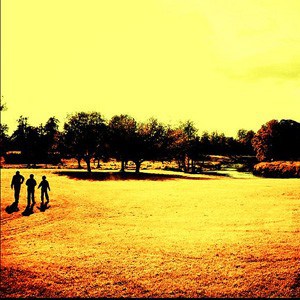 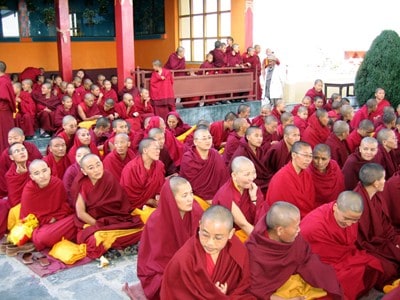 Clarifying the status of the “Geshe-ma”