Responding to war with peace

Responding to war with peace

In March 2003, the United States invaded Iraq, beginning a war that lasted until the US military withdrew in December 2011. Venerable Thubten Chodron responds to requests for advice from Dharma students, which can be applied to any situation of war.

In the short time since the war began, I’ve taught in Idaho, California, and Missouri. In all these places, people were asking for Dharma advice on how to work with the emotions that were coming up for them around the war. The following, then, is not meant as a political statement—although my personal view is present—but as suggestions on how to work with our feelings about what is happening.

The Nobel Peace Prize winner, His Holiness the Dalai Lama, was in the midst of giving the traditional Tibetan New Year teachings when the Iraq War broke out. The day after fighting began, he said, “The war is happening now. Let’s pray that at least something good comes from it.” I interpreted this to mean that we did our best to prevent it and now, instead of falling prey to feelings of despair and anger, which only create more suffering, we must shift our attention to deal with the situation in a constructive way. How do we do this?

Many people who were hoping the conflict could be resolved without violence are now feeling helpless, afraid, and angry. First we need to work with these destructive emotions that not only enhance our suffering, but also limit our ability to help others. Then we seek to generate a kind and compassionate heart. Having done this, each of us will discover his or her own ways to create and contribute to peace.

Many people feel helpless to change the course of events as governmental leaders seem to be indiscriminately pursuing their own agenda. If we give in to feeling helpless and thinking that there is nothing we can do, it is as if we are saying cause and effect do not exist. But the law of cause and effect does exist; that is a fact of daily life as well as a basic Buddhist principle. We can plant seeds for peace through Dharma practice, social action, and generosity to aid organizations. We may not be able to stop war instantly or single-handedly, but it’s important the voice of peace be spoken and heard, regardless of whether it has an immediate or long-term effect. The mutual support that we offer each other just by speaking words of peace helps us and others. In addition, the power of speaking our truth has an influence. Making prayers for peace; doing the taking and giving meditation (tonglen); meditating on Chenrezig, the Buddha of Compassion, also have effects. We can attend peace rallies, write to our leaders, engage in social action, and contribute to aid organizations. We may not be able to get food and medicine to those on both sides of the war who are subject to bombing and live fire, but we can at least help the poor and ill in our own country. Reaching out to others with our thoughts and actions is what is important. Helplessness cannot survive in an environment of care.

Two kinds of fear may arise in reaction to the war. One is self-centered, the second other-focused. Self-centered fear is debilitating. We may fear a variety of things: increased terrorist activities in our own countries, the end of the carefully constructed international cooperation that the U.N. has fostered since its inception; the loss of rights and freedom due to the present administration’s security policies; a failing economy that restricts our lifestyle. There is a quality of panic about fear, as the mind creates worst-case scenarios that end with, “This situation will overwhelm me.”

Asking ourselves a few questions helps to counteract fear:

Other-focused fear is concerned with the safety and well-being of others. Imagining what it would be like living in a city being bombed or one in which clean water and food are in short supply, we find the suffering of those experiencing this unbearable. We worry if these people will live, if their loved ones will survive, if their homes and belongings will remain. We fear for the lives of troops and civilians on both sides of the conflict. This fear has the potential to transform into compassion, the wish that living beings are free from suffering and its causes. That compassion is dynamic and invigorating, and although tinged with the sadness of witnessing suffering, it is optimistic that in the long-run suffering and its causes can be removed.

However, if we aren’t careful, other-focused fear can morph into personal distress in which we become more focused on our own uncomfortable feelings when we see others suffering than on their misery. Personal distress impedes the development of true compassion. Another possible glitch with other-focused fear is bias. That is, we have compassion for the well-being of those that we view as victims of aggression, but lack compassion for those we label perpetrators. In fact, we may even develop animosity towards the perpetrators, in which case our way of thinking resembles theirs in some aspects: we see things in terms of “us and them,” blame others, and wish them ill. In other words, we are compassionate to one side but hostile to the other. This is not genuine compassion, which goes beyond bias.

Helplessness and self-centered fear are extremely uncomfortable emotions, and we frequently resort to anger to divert ourselves from experiencing them. At present, our anger is likely to focus on government leaders, whose actions seem ignorant and counterproductive to the welfare of our own and other countries. Or we may be angry at the situation, “I don’t have a bone to pick. Why am I stuck in the middle of other people’s conflicts?”

Here it is helpful to remember that our own actions—our karma—caused us to be in this situation. There’s no one outside to blame. If we hadn’t created the karmic causes through our own harmful actions, we wouldn’t be in these circumstances. Instead of rejecting the situation, we must accept it and make the war and the threats to safety that go with it our Dharma practice.

We may wonder, “What did I do in the past that I find myself involuntarily dragged into this conflict now?” If we look closely, we may find that in the past we have stirred up conflict by back-biting, gossip, or spreading false stories. We may have a little of Saddam and Bush inside ourselves. Our spiteful speech, which hurts others to the core, is our weapon of mass destruction. Our control issues in which we impose our way on those around us are our bombs and artillery attacks. It’s rather sobering to recognize this, and even though it’s not at the scale where it influences as many people, still our jealousy and hatred and the actions motivated by them bring suffering. There’s work we can start doing now to clean up our own attitudes and behavior as part of our contribution to peace.

Some people fear and distrust Bush, Cheney, and Rumsfeld as much or more than Saddam. It is extremely easy to vilify the coalition’s leaders, in which case we put more anger into an already hostile environment. Here, too, our mind has become like those whose war cries we dislike, just the object of our hatred is different. We see the world in terms of “us and them,” denounce one side and praise the other, and wish harm to those who disagree with us. This does no good at all, either for ourselves or others.

In my mind opposing the war and supporting the troops are two different issues. I don’t hate the US and British troops. These young men are as much victims of others’ agendas as everyone else is. I wish them well; I don’t want them to be killed or to kill. We can love our country’s soldiers as individual sentient beings and still oppose the actions they engage in.

Similarly, opposing this war doesn’t mean we don’t love our country. In fact, it is because we care about our country that we don’t want its leaders to take us down a path that we consider mistaken. We appreciate the freedom we have here but think that an international policy based on understanding and respect for other cultures will protect it better than the current one.

What about the government leaders who command them to fight? How can we hate those whose ways of thinking are so ignorant and misguided? Just imagine—if we grew up in Bush’s family or in Saddam’s home town with all the conditioning they received as youngsters, it’s highly likely that we would think like them. Aren’t both of them victims of the conditioning they received? Aren’t they oppressed by the force of their own ignorance, attachment, and hostility? When we think of the karma they are creating and the results they will experience due to it, how can we hate them? Aren’t they objects worthy of our compassion?

Compassion isn’t just for those who are ostensibly suffering in the conflict. Compassion is needed especially for those who perpetrate harm. We need to wish them to be well and happy. If they were content, they wouldn’t be doing what they are doing. People only harm others when they’re miserable themselves, not when they feel happy.

Compassion doesn’t necessitate that we agree with what others think or do. We can speak out against harmful activities while having compassion for their perpetrators. Compassion doesn’t mean we escape the realities of war. In fact, I believe it sees those realities more accurately and leads us to creative ways of seeking resolutions. A kind heart is something we have the capability and power to generate. We have some work to do; let’s begin right now, and let’s help each other do it. 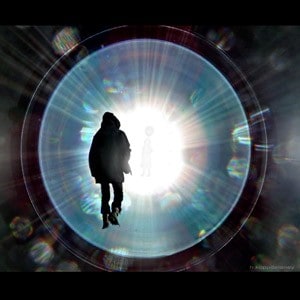 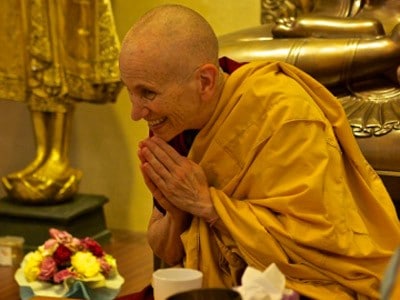