When I see how I disconnect from the parts of myself that I dislike, I start to understand why Japan refuses to acknowledge her part in the atrocities carried out throughout Asia during the Second World War. The attachment to reputation and the fear of blame and shame are just too strong. By refusing to acknowledge the truth, however, we deny ourselves the opportunity to grieve, heal, repair and move on. We remain stuck in a limbo of pain that eats away at us, no matter how we hard throw ourselves into material growth and success.

I don’t feel angry when I think about the stories my grandparents have told me about their experience of the war. Just sad that this period of history is going unacknowledged, like so many other painful parts of Singapore’s history hiding behind the veneer of success. “It doesn’t matter who’s right or wrong,” said one of my friends. “At least just hold a funeral.”

Even as my grandmother starts to slip into dementia, her memories of the war remain strong. She remembers what it was like for the men to line up for inspection, and how those whose hands were smooth and soft were separated out, driven to the beach and shot. If their hands didn’t have calluses, it meant they were intellectuals, whom the Japanese didn’t want plotting against them. My great-grandfather was a laborer and so survived.

Every family had to send people to work for the Japanese, and with my great-grandfather out of commission, my grandmother stepped up to the plate as the eldest child. She was thirteen. She did hard physical work outdoors, and received a bowl of rice each day, which she shared with her mother and younger siblings. They were so hungry they started to eat the food that was meant for the pigs, and eventually turned to eating grass.

I send Chenrezig back into time, to bear witness to the war. What would Chenrezig do, watching the men getting shot on the beach, the women getting raped, the babies being thrown into the air and impaled on bayonets? I imagine Chenrezig looking into the minds of the soldiers, and seeing that they’re just trying to be loyal subjects of the emperor. They want praise, a good reputation, power and money. The soldiers and I are not so different. Looking into their minds, Chenrezig can also see that it’s not the right time to teach them the Dharma. I mean, what is Chenrezig going to say, “For you embodied beings bound by the craving for existence, there is no way for you to pacify the attraction to its pleasurable effects, thus from the outset seek to generate the determination to be free”?

At the same time Chenrezig sees very clearly where these soldiers are going to be reborn, the kinds of sufferings they will undergo, and for how long. All this for a little bit of pleasure that doesn’t last. Chenrezig promises, “I alone will go to the hell realms and liberate you.” When the soldiers are ready, in some future lifetime, Chenrezig appears in the form of a perfectly qualified Mahayana spiritual mentor, and teaches them how to purify their negativities.

Seven tips for a happy life 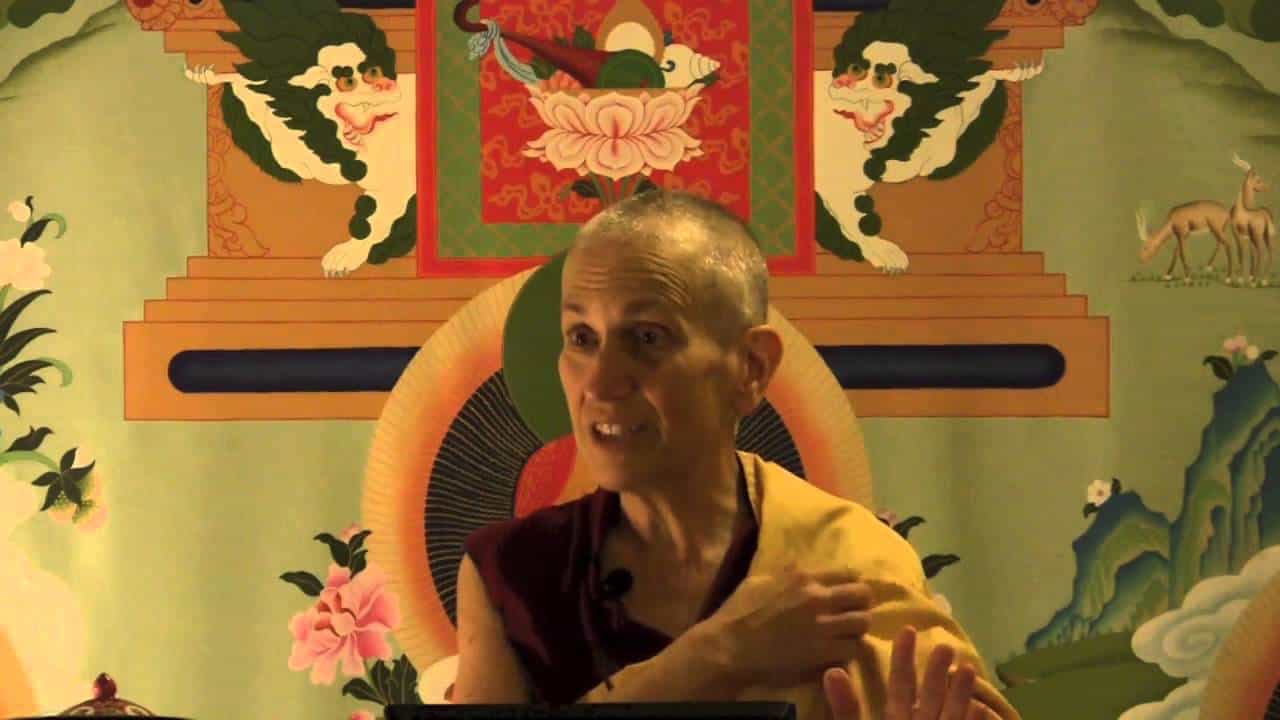 The determination to be free