People have asked for us to speak about what happened in Paris yesterday. I must say, these kinds of Bodhisattva’s Breakfast Corner talks are not my favorite ones. On the other hand, they’re very important ones because people are clearly confused and in pain about what happened.

I happen to agree with the Pope when he commented that it’s hard to imagine that these actions were done by human beings. It’s very hard. But these kinds of actions also bring up in my mind the whole thing of war. What’s the difference between war and terrorism? War is somehow legal, and terrorism is not legal. But there’s not a clear difference in my mind, because both of them involve killing people. In war you supposedly only kill soldiers. But that’s not true. It’s puzzling. War is okay. In society, capital punishment is okay. But terrorism is not okay.

In my mind they all involve killing living beings, and from my viewpoint, none of them you can really say is okay. When they happen, no matter what it is, whether it’s death penalty, or war, or terrorism, I have to use all of those in the same way in my practice.

Second thing is it reinforces my determination to not be prejudiced against groups of people. I see, especially in this kind of situation, I think one of the greatest dangers is people are going to say, “All the Muslims are evil.” And already Marine Le Pen in France is saying, “We should close the borders and kick people out.” That kind of intolerance just goes along with people’s view of the West as lacking compassion and tolerance.

Also, because my grandparents were refugees, the idea of not letting refugees into a country because of what might happen when they come in, I think is beyond humane action. We need to have a certain basic level of trust in people. Just because a few people act in abominable ways it doesn’t mean that any group they belong to acts in abominable ways. Otherwise, you could easily say, “Well, we’re in the same group as they are, because we’re all human beings, so that means that we’re as bad as they are and we’re going to do the same thing, because we’re all human beings and that’s just the way human beings act.” Are you getting what I’m saying? You enlarge the group that you’re prejudiced against. That doesn’t help anything at all.

In one thing I read, they talked about one of the people in the theater had looked up and he saw the guys who were shooting (they weren’t wearing masks), so he said one of the guys looked like he was about 20 years old, maybe 25 at the oldest. And I thought … wow. What is this kid’s life like that at age 20 he wants to massacre people knowing full and well that he’s going to die in the process of it? They all know that they’re going to die. What is going on in his mind that he thinks that’s going to bring happiness of some kind? Clearly such a mind is so completely knotted up in ignorance that it can’t see anything clearly. Forget about thinking about karma, because he’s not, just in this lifetime thinking that that’s going to bring happiness to someone, somehow, is so contorted that that person’s mind must be in an amazing state of confusion and suffering to come up with that kind of idea. And now, who knows what kind of realms they’re born into. They died last night—yesterday human beings, today maybe hell realm. We don’t know.

How important it is to extend the love and compassion towards everybody and not use this kind of situation to create more and more divisions among human beings. Having said that, that doesn’t mean that we allow horrible actions to continue. Certainly not. But there’s a difference between the person and the action. We have to stop the action, and people have to experience results of their actions, but we don’t hate the person who did that kind of thing. Hatred just breeds more hatred, doesn’t it? And that, I think, is the real danger, is not that we fall into despair, but that we become more hateful. That’s what will cause more suffering for us as human beings.

If we’re going to use this and transform it, let’s use it as impetus, first of all, to meditate on love, compassion, joy, and equanimity, and bodhicitta; and second of all to meditate on wisdom so we won’t be born in worlds where this kind of thing occurs. And to help other living beings to meditate on the four immeasurables and cultivate bodhicitta and wisdom as well so that they don’t have to be on either side of these events–either as the victim or as the perpetrator.

I watched the little video clip that probably everybody watched, of the people when they were leaving … was it the sports arena? It must have been. And they were singing the French national anthem, La Marseillaise. The lyrics to that national anthem are so violent. Our national anthem (USA) also. The lyrics are so violent. And I was thinking that here you sing a song of violence to unify a group to oppose the violence perpetrated by another group. How strange we human beings are in that everybody comes together when there’s a common enemy. Here is a violent enemy, then everybody who considers themselves on the same side comes together and sings a song of violence illustrating that they’re going to kill the enemy.

As a child, I had a lot of difficulty understanding the adult world because of these things. I still have the same difficulty. It just doesn’t make sense to me.

Again, just to take this as strengthening our own determination to live and think in a different way, and to spread a different vision of humanity than this vision of “We’re united because we have a common enemy,” and, “We’re going to solve our pain by causing pain to others.” Let’s generate our love and compassion and extend that to everybody.

We might very well get some people writing us telling us we’re out of our minds and we’re traitors because we consider having compassion for people who did such outrageous actions. People could be very critical of us because of that. But I think if we explain it long enough, hard enough, maybe they can be brought around and come to understand the advantages of developing a heart of benevolence and kindness. 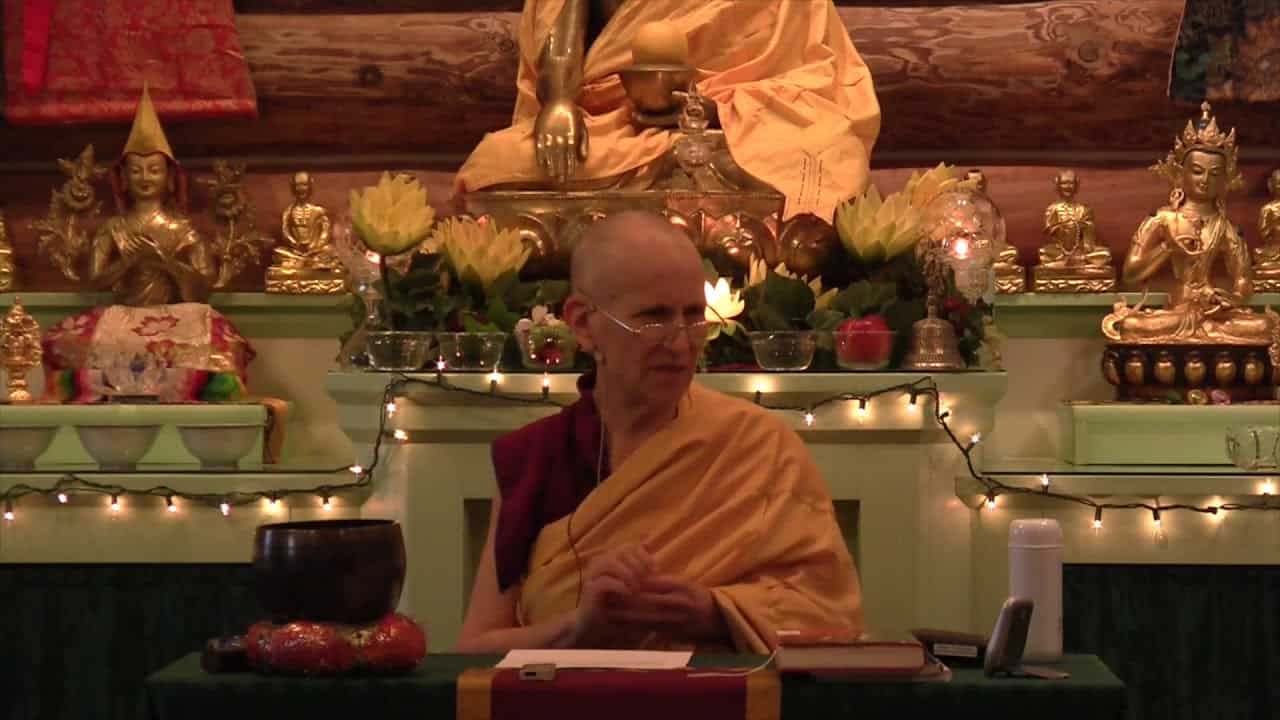 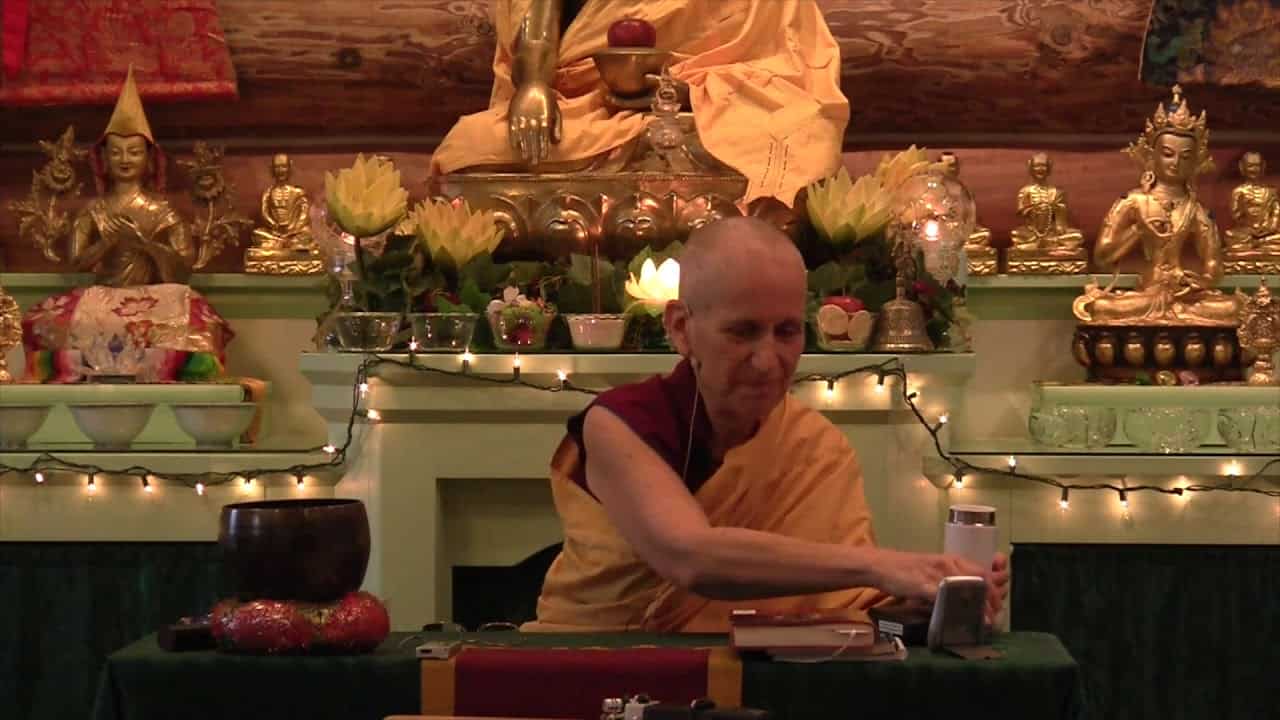