The power of regret: Our motivations

The power of regret: Our motivations

The importance of mindfulness and introspection for proper regret

We are still on the power of regret. Just to review from what we said the other day, the reason to regret is because of our understanding of karma. It’s the idea that we can’t bear the thought of our future suffering. This then impels us to want to purify the actions that we’ve brought to mind. In that talking about how to learn to regret correctly in a way that really propels our purification, we examine the action or we examine what was the affliction that was in my mind.

You know what’s coming up here and Yangsi Rinpoche really put his finger on it. He said:

You can have all the information about karma in the world but if we don’t have mindfulness and introspection, we won’t have any purification because we haven’t noticed what we’ve done.

If we’re doing that on the cushion first try to look at regret of past actions and take the action apart. What was I thinking? What motivated me to do that? Where was that coming from? We lay the action bare. We open it up. We take a look. The more we look over time we start to expose the real culprit. The real culprit, the real doer of the deed is what? It’s our self-cherishing mind. That mind that is grasping at the self; and then immediately the mind that pops up and says, “My happiness is the most important.” That’s when the affliction overtakes our mind and we engage in the actions that we’re now purifying, right?

The more we can analyze and start to see that, then we start to separate our identity from the self-centered attitude. We begin to see it’s not, “I am a bad person.” But look, there is a factor in my mind that causes me to do things that I later regret. This helps us work with the guilt part. It also helps us really cultivate the sense that the enemy is not outside. We see the enemy is really that self-centered thought that so propels us. This is one of the great benefits of spending that time with regret.

Verifying our motivation for regret

Another thing about regretting correctly or regretting properly is to pay attention to what is our motivation for regret. Sometimes you can get in there and start looking at a situation and the whole thing becomes, “Oh my gosh! I said that terrible thing. What are they going to think about me? They’re never going to care about me again. They’re not going to let me have this job again. They’re not going to promote me because my language is so harsh,” and on and on. You can spend a lot of time regretting in that way, but is that regret? Really? No, that’s again all about me. That’s going after the eight worldly concerns, of being concerned for our reputation.

If instead we had taken the same instance and regret because there was affliction arising, or because I harmed something else? Then we’d analyzed it from a different place but it’s not all about me. You see the difference?

So this is the place where the mind that feels really guilty can get quite hung up. This is because our motivation for regretting is it’s bad for my reputation. Or our motivation is I look bad; or I hurt people and now they hate me. That may be true and it may be painful. But underneath that we cultivate the realization that we have engaged in an action consumed by an affliction and have created for ourselves a lot of future suffering.

Regretting actions we have done in previous lives

We’ve been talking about the first half of the first line of this paragraph:

Spend some time reviewing harmful physical, verbal, and mental actions you have done,both those you can remember and those you created in precious lives but cannot recall.

We’ve been reflecting on the negative actions that we’ve done. And the second half of that first sentence says to reflect both the ones you can recall and the ones from the previous life that you can’t remember. This takes us into a whole other realm of things that we can regret. His Holiness the Dalai Lama has a very interesting way of thinking about it. He says you may doubt whether past negative actions have left an imprint on your mind. But, he says, try this experiment. If you just look at your mind for a little while and notice how acting constructively, doing a positive action our motivation is usually quite weak. You know, we’re distracted. Say, we are making water bowl offerings: we’re distracted, we’re not very present, we forget to dedicate the merit at the end. He says acting positively requires much effort on our part—like a tired donkey carrying a heavy load up a hill. That’s the weight that we carry when we are trying to do our positive actions.

On the other hand, he said, when we have circumstances that come up, when acting negatively would immediately fulfill our desire then our body, speech and mind are totally absorbed in doing that action. They do it easily, he says, like water running down a hill. Very easily, mind just goes “Wshooh!” And away we go. He says this is an indication that we are habituated more to negative actions than we are to constructive actions. And this, he says, is the sign of course that we’ve been doing this in previous lives. Since beginningless time they say we’ve done everything, we’ve been everything. So begin to take a look at what is our habit now? Where did that come from? What might I have done in the past? What might I have done in a life before that?

Take the example from the other day of our killing a mosquito. The same mind that easily goes whack without a thought, is the same kind of mind that in the right circumstance can be, “Oh! Off with their head.” You have legions of people that as the king or as the queen you just off for the same reason that you would smash a mosquito. We can get our imagination in play here a little bit and start to look at what are my mental habits now? Where could that have come from? What could I have done in the past? What kind of actions am I habituated to?

One thing I think about a lot is how many times have I been a soldier? Like in the history of the human world, how many times have we been soldiers? Willingly or unwillingly we engaged in actions that we wanted or didn’t want to do. But these kinds of things come up again and again; and what kind of mind habits might have come from that? So let’s go back and purify this life and this life and this life. We can really spend some time working on eons of our negative actions through doing this practice.

Tomorrow we’ll get to the second paragraph. 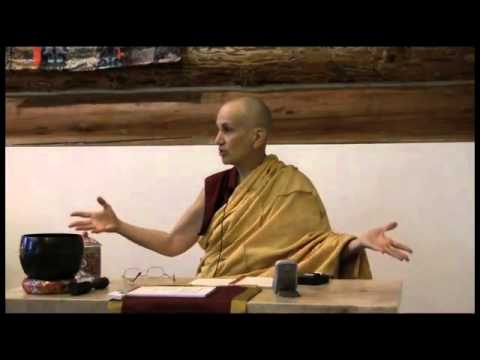 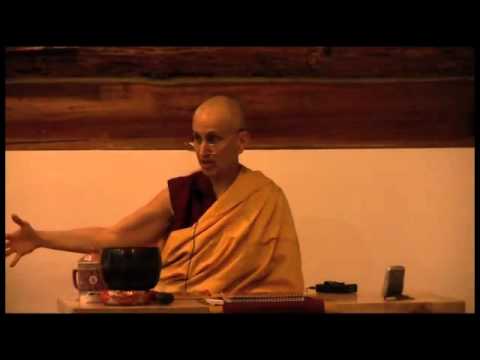