First I wanted to let everybody know that there are 166 people participating in the Vajrasattva Retreat from Afar, and 74 of those are inmates which is just wonderful. When you think for a moment, inmates reciting the mantra and purifying all beings around them, that’s going to have a very positive effect in the prisons. So it’s a very good thing.

Today I wanted to talk about visualization. This is one of the methods that we use in our meditation practice quite extensively in Tibetan Buddhism. The first thing is that this word visualization is really not a very good translation. When we hear that we think about vision. We think about our eyes. But when we’re visualizing in meditation we’re using our imagination. We’re not using our senses at all. We’re using our imagination. Not only do we imagine sights, but also we can imagine smells, sensations, feelings, all kinds of things.

When we think about using our imagination it’s really helpful to approach it as a very creative, artistic, playful process. I don’t know that we think of it that way very often. It’s like “Oh jeez, I can’t get the image.” But it’s really helpful to play with it. Think of it in terms of something very creative and that really opens it up to become a very rich practice then.

I don’t know about you but I catch myself daydreaming and daydreaming, I’m using images continually. If I think about an experience in the past, I have all these images of that I experience in my mind. We even construct the future that way. I’m constructing something that’s going to happen in the future, I do it with images, yes? That’s visualizing. We all visualize a lot.

What we want to do is harness this power of the mind that can create images and we want to use it to help transform our mind.

If we think about it in a worldly way, world-class athletes visualize that they’re going to jump a certain distance or they’re going to run a certain speed. There have been studies that show when they use the power of imagination, their performance improves. In a worldly way even this works. Or we can think about great actors who learn the lines, learn about this character, and they really start embodying that character. We can see the great actors when they perform, they actually transform. They become that part.

It’s a very powerful process. Of course, using it that way pretty much keeps us stuck in samsara—doesn’t have very much utility. But if you think for a moment, using the imagining by bringing to mind the image of a Buddha, bringing to mind the enlightened qualities, then what that does is actually help us develop our own qualities much faster. It’s very powerful, this process.

When we’re visualizing we work on two aspects simultaneously. They’re translated as clarity and divine dignity. But again, those words are kind of misleading.

The Tibetan meaning of clarity is making something appear. We make something appear in the mind and then we focus on it. In this case, we make the image of Vajrasattva appear in our mind and we focus on it. As our concentration develops, the image becomes much more in focus, and much more detail comes. When you’re first doing this, if it’s kind of hazy and you’re not getting very much detail, that’s fine, no problem. The thing you don’t want to do is try to force a very clear image, because what does that do to the mind? It makes it tight. You get frustrated. It’s like “Jeez, I can’t do it.” Not helpful. So whatever we get is fine, even if it’s just a ball of light. Be content with that for now.

The second aspect, divine dignity, is actually working with our feeling of what it would be like to be in the presence of an enlightened being. What would that be like? Then you call up the qualities of that being. If that seems like too far away, think of being in the presence of the Dalai Lama. What would that be like? I think it’s quite wonderful even when he’s on the stage and we’re way far away, we can feel the wonderment of that.

We also can take it a step further. What would it be like for me to have those enlightened qualities? Think about a day when your mind had no judgment, no irritation, no comparing, no anger, no attachment, no jealously. The mind just was resting in love and compassion—feeling that for all beings equally. That starts touching our heart, doesn’t it? It’s like “Gee, yes, that would be pretty lovely.” We call that up when we have this clarity, this image in the mind of Vajrasattva. Then we call up all these qualities.

When we’re working on these two aspects of clarity and divine dignity, the most important one is to get the feeling of being in the presence of an enlightened being.

When we’re doing the Vajrasattva practice, it’s helpful to have an idea of what Vajrasattva looks like before we try to make the image appear in our mind. Study a thangka. Or, we have these cards in front of us to get a sense of kind of what he looks like. It’s very helpful.

Then think about visualizing what he looks like. He’s made of light. The method that I use is I think of a hologram. When I was younger, I watched a lot of Star Trek. Remember, “Scotty, beam me up?” When they were beamed back onto the ship, they were beamed up in the form of a hologram. That’s what I think about: this transparent figure, image, that’s shimmering, transparent, made of light. That helps me think about what Vajrasattva looks like.

Once you get that image, keep coming back to the feeling of, “What does it feel like to be in the presence of somebody that has perfected all their qualities?” What does that feel like? I have another description from another practice that I also like to think about:

His body diffuses transparent light, which, although insubstantial, like a rainbow, fills infinite realms.

That’s another nice image. Use whatever images work to help you get this idea in the mind of what Vajrasattva is, or any Buddha is.

We generate these images in the context of our understanding of emptiness. When we visualize Vajrasattva not as something solid and inherent and permanent, but more like this hologram, more like made of light shimmering, then that starts helping us break down our habit of viewing everything so concrete, so solid, so permanent, so non-changing. It really helps us work with that. Then we add the bodhicitta motivation and now we have a very power image, a very powerful practice going on.

They also say that it’s very helpful when you’re imagining the white light and the nectar flowing into your crown, that you can image it like when you step into a shower and turn the shower on, when the water hits you. It’s not anything harsh but it’s powerful. You can kind of use that image as a way for the light and nectar to start coming through your crown.

Venerable Chodron also always recommends that as we are doing the visualization, if we’re purifying the negativities of the body and we have the light streaming down the body, that as you do that, you let the light and nectar go through every part of the body. If you’re purifying the speech, it’s like a dirty glass filled with liquid and the stuff rises to the top, same kind of thing. As it rises up, this white light and nectar goes through every part of the body. Pay attention to those parts of the body you want to skip over. Really get yourself to go there in a very gentle, loving, joyous way.

At the end, we remind ourselves to think, I have actually purified all negativities. Then we have a very powerful, transforming practice. 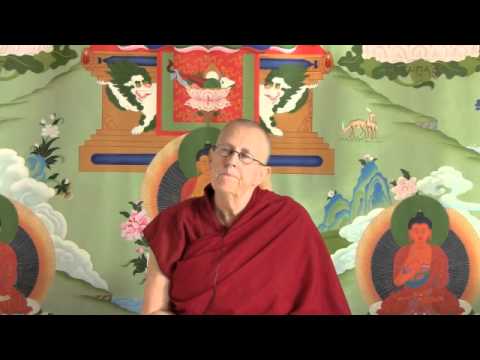 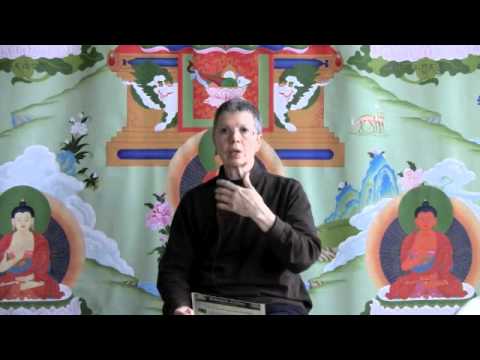