We have been talking about being oversensitive. I think one reason we’re oversensitive is because we put it in other people’s ballpark to tell us who we are. In other words, when we were little kids, the adults around us gave us all sorts of information about ourselves, much of which was false. Parents get in bad moods and say all sorts of things. I won’t repeat here what I heard. They say all sorts of things, but we’re little kids and we just take it all in and we think it’s true because we don’t have that discriminative ability yet. The nice thing is when we’re adults to be able to pause and learn to evaluate ourselves. When we can evaluate ourselves in a reasonable way, then we don’t need to depend on other people to tell us who we are (whether we’re good, whether we’re bad), because we have the ability to look at our own mind and our own motivations.

Now, you noticed I said, “Evaluate ourselves in a reasonable way.” Many times the way we evaluate ourselves is in a totally unreasonable way. I’m not talking about that. The way we say, “Well, everything I do is good because I do it.” Or the way we say, “Everything I do is bad because I do it.” Either way, that’s not evaluating ourselves. That’s just being on some kind of craziness with the self-centered I. Here we’re really talking about stopping and evaluating and, “Yes, I did this very well. My motivation was good here. It could’ve been a little bit better but I did the best I could.” Even if other people blame us, we don’t have to take it personally because we know they’re speaking about themselves and their own expectations.

My mother used to say, “You’re getting away with murder.” I think a Dharma meaning of that is you have a really rotten motivation. I was going to convert that into a Dharma meaning. You have a rotten motivation but you’re able to pass it off as a good one—so that everybody likes what you’re doing. Many people may praise us in that kind of situation but it’s not praise that’s earned. When we evaluate ourselves, then we can see our way through this thicket and just because somebody says we’re nice: we may believe it, we may not believe it. We’re going to evaluate ourselves. And just because somebody tells us we’re a creep, it doesn’t mean we need to take it seriously. We can evaluate ourselves.

I think this is one way to keep from being so sensitive to what other people say about us. So sensitive that even if they haven’t said anything, we think that we can read their minds and we know what they think. They may not have thought it yet! They may not ever think it. But we know they think this. So we can also start letting go of a lot of that because it’s just a waste of time and energy. It’s just proliferating mind, isn’t it? 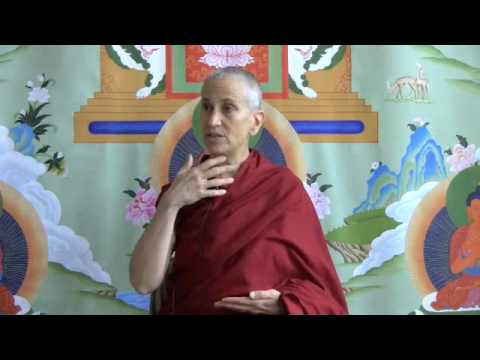 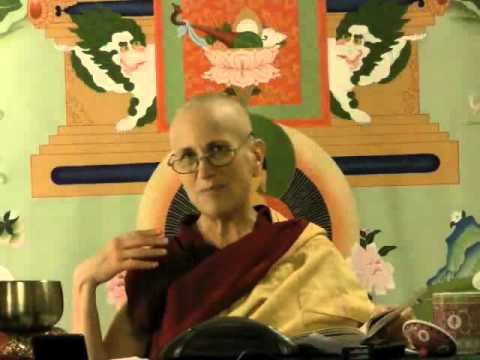