Fear of separation from loved ones

Fear of separation from loved ones

Okay. So another thing that we often have fear about is fear of losing relationships, fear of separation from people that we care about, and this is a real big one. In society in general, you know, a major object of attachment is people and relationships. And since attachment is the breeding ground for fear, then fear arises. Because when we’re attached and we’re clinging, then we’re afraid of being separated from what we cherish. So you see, even when you’re with the people that you cherish, when there’s a lot of attachment, even when you’re with them the mind isn’t completely peaceful and happy because there’s fear of losing them there. Isn’t there? Is that fear pleasant or unpleasant? Does attachment bring happiness or suffering?

So we can see very clearly in our own experience that link between the clinging attachment and the suffering that we experience. Okay? So when we don’t have … let’s say we’re separated, the person we care about is away on vacation, or they’re away somewhere, so we miss them. You know? Then there’s agitation in the mind because they aren’t there. There’s worry, like, “Oh maybe they’re going to get hurt or maybe they won’t come back … ” Maybe this, maybe that. So much worry about them. And that’s when they aren’t there, you know. And so there’s still the craving and one kind of fear and worry. And then when you are together with them, still the mind’s not peaceful because we’re worried about future separation, and we’re fearful of that. And you know, “What will I do without this person?” “How will I survive?” “What will happen to them?” “Will they be okay?” You know, there’s so much that comes in because of the attachment and its relationship with fear and worry and anxiety.

And does the fear of separation bring anything good to the relationship? No. In fact it prevents you from actually appreciating being with the person when you are with them because the mind is so busy worrying about what it’s going to be like when you separate from them. Or worry when you’re going to die or they’re going to die, and you’re going to separate from them. So the mind is so caught up in the worries that actually being with the person when they’re there, you can’t do it, because the mind’s in its own, writing its own script for the next story. Okay?

So, you know, I think some really good counteractive measures to this, first of all, is realizing the faults and the disadvantages of attachment because it brings fear and reducing our attachment. And I think a good way to reduce attachment is to remember that people are not our possessions, and people are not ours. You know? We say: “My friends… my family… my relatives… my brother… my sister… my mother… my father… my kids… my kitties… my dog… my this… my that… ” Okay? And there’s a very strong feeling of my there, you know? But are they mine? What about them is mine?

You might say, well they have my genes, okay. But if you look at your own body, you have those genes. What is yours about those genes? Yes. Is there anything yours about your genes? No, they came from your parents. Yes. So even we say “my body,” we should be saying “our parents’ body,” because the genes came from them or our grandparents’ body or our great-great-grandparents’ body. That’s what this thing is. It has nothing to do with my and mine, because it all came from them. Yes. So, just because there’s genetic relationship? So what? Really. You know? Because if you’re going to say, “But it’s my genes,” then you are your genes? Then your body is you? Yes? If your body’s you, then when the body ceases, you go totally out of existence, and there’s no future rebirth. Do you think that?

So, you know, we have to, when we use my in reference to other people, we have to really check it, you know? Because, they’re so easily, we reify the my. We make it quite solid, and there’s nothing mine about another person. There’s nothing mine about our own body and mind, so what’s there to think that another person’s body and mind are ours to possess and to control.

And then it’s also helpful to remember that whatever comes together must separate, you know, and this is just nature. This is just the way things are. Yes. So whenever we’re together with somebody, doesn’t matter how much we care about them, we have to separate from them at some point or another. Yes? We’re going to have to separate from this body, so let alone from somebody else. So, thinking that there’s, either some real person in them to possess, some real mine inside of them that makes them my possession, or some real me that can control. All of that is just ignorant delusion. And you can see how those kinds of views bring a lot of suffering. Okay? And a lot of fear. 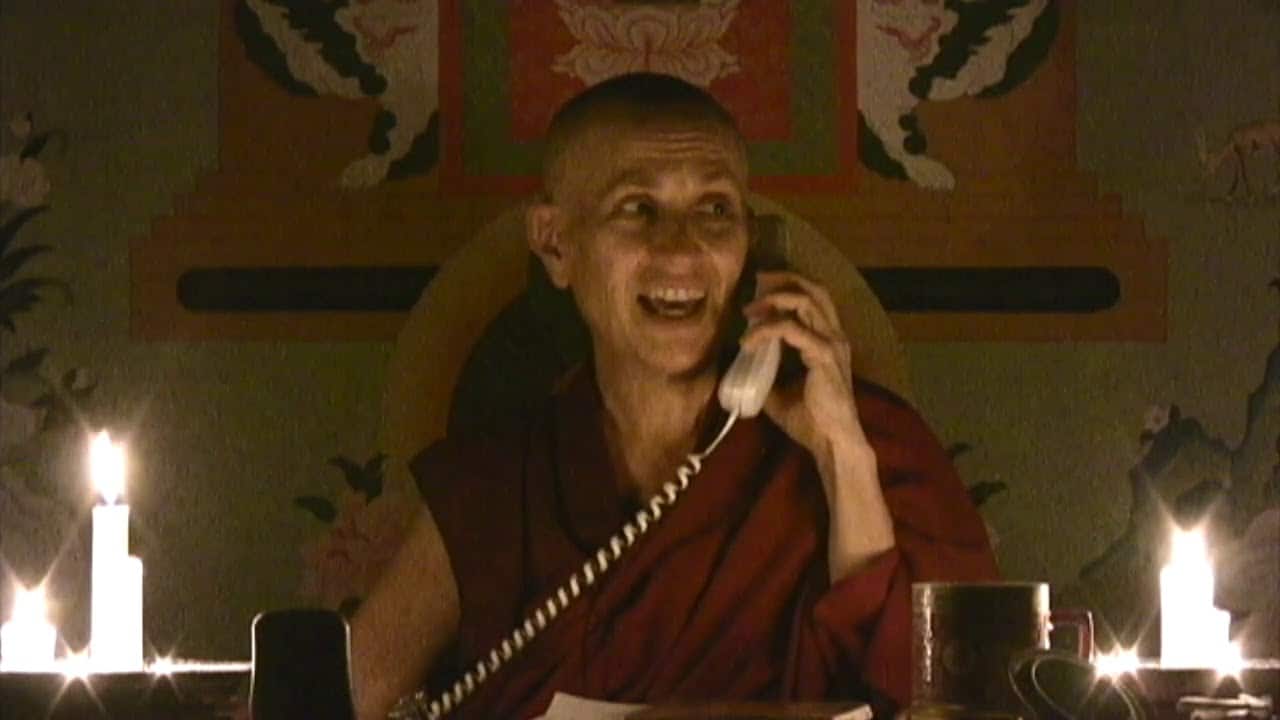 The weight of karmic actions 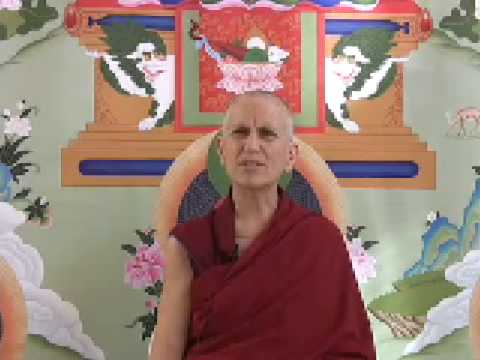 Antidotes to the fear of separation