So, more about fear. I was thinking that we’re also afraid of losing our identity, that’s probably one of our biggest fears and that’s what feeds into the fear of death. But even in our life, we work very hard to create an identity.

How we create our identity

So we have all sorts of labels that we apply to our self; our nationality, our religion, our gender, our race, all these different kinds of things and we make it into an identity. And then, we feel trapped by that identity but we’re also afraid to give it up because, who are we going to be? Okay? So, it’s very interesting to watch how we create our identity. And, you know, we use it a lot by words, but you’re in retreat now, so you’re not speaking, so not so much opportunity to create our identity by words. But it’s very interesting, if you look in everybody’s room, everybody has created an identity by the possessions they have and by the number of possessions, the arrangement of possessions, whether other people dare touch them or not, and what the things that we are willing or unwilling to give up. We create our own little empires and that becomes our identity. You’ve heard me talk about in the meditation hall, everybody having their own little seat with all their possessions and the colors that they like and the things that make them comfortable. And when we had an experiment and had everybody change seats; people were freaking out: “This seat isn’t comfortable… na, na… I don’t like the cover.” So in our rooms it’s really a thing, and it’s really, you know, we say “Well,” we don’t think much of it, “Oh, it’s just the things I like to have around.” But if we look deeper, our identity is very much tied into it. Because we like a specific kind of cover on our bed. And then, I always tease somebody about that, you know, what she steps onto when she gets out of bed in the morning, like a specific thing. You know, we have our books arranged in a certain way. Actually, at the Abbey we have a policy that the residents only have a few books in their room, at maximum one shelf. Some people have many shelves; forget the Abbey policy, it doesn’t matter, many shelves full of books and nobody can touch them; “It’s my property, my identity.” And then, we have the way we put the furniture in the room and how we set it up, and our altar, what pictures we put on our altar, and how many altars we have. You know, do we bother to make any offerings on the altar? When you go by and wipe your finger, is there dirt? But it’s all very interesting because we use all of this to create our identity. And there’s a real fear sometimes of giving this up, like “Who am I going to be?” Because if you go into Chinese monasteries, it’s incredibly interesting. You go into the training room of the nuns and it’s a dormitory, so there are maybe eight, ten beds there. Every single one looks exactly the same. Every single quilt is exactly the same and it’s rolled up exactly the same, nobody has their own altars. Anybody’s personal books or clothes are put in a certain cupboard and everybody’s cupboard is exactly the same; the same size, same door on it, you know, it’s incredible. We would freak out.

Letting go of Some of Our Identity

But, I think retreat time is a very good opportunity because if you are trying to generate yourself as Manjushri, it’s like you have to give up some of your empire to be Manjushri. Because Manjushri doesn’t lug all this stuff along with him. So, it’s a very good opportunity to try and let go of some of our identity by changing what possessions we have, by giving some of them away. You know or even having a different colored towel. How many of us look at the towels we take in the bathroom and pick a particular color or a particular feel to the towel? We can get attached to anything! And retreat is a very good opportunity to just kind of divest ourselves of some of these things and really see; “Does it make me suffer to give up my empire? Does it make me suffer to be like everybody else?” And this is one of the things on wearing robes and you having the same hairdo it’s like everybody else. But then you go to Dharamsala and the real status symbol is what shoes you are wearing as a monastic, or what kind of bag you have, so that’s different. In the Chinese system, everybody’s shoes are even the same; there are three kinds of shoes, and that’s it. But it’s a very interesting experiment and to see what our buttons are and how we get afraid of giving certain things up. And just try it and see what happens a little bit. I know when I went to my first Dharma course, when I came back I did this incredible cleaning of the flat that I lived in, because I felt like Dharma was like cleaning out a lot of my mental cobwebs and so that of course is reflected in our physical situation. So I cleaned out so much stuff. Of course I gave away some of my husband’s things, he wasn’t very happy with me, but I felt so much better. At least with my things I gave so many things away and it really helped change the mind in terms of lessening how I create an identity by my possessions and how I arrange them. So it might be interesting, you know? Change things around! Give something up or trade some things with somebody else or donate something to a charity, or, you know? And see, see what happens. See if it’s liberating or if your mind goes “My water bottle, my water bottle! I have to have my water bottle!” Some of you aren’t laughing. We can see this is serious. But try, especially in retreat, give up some of that identity. Don’t be afraid of it. 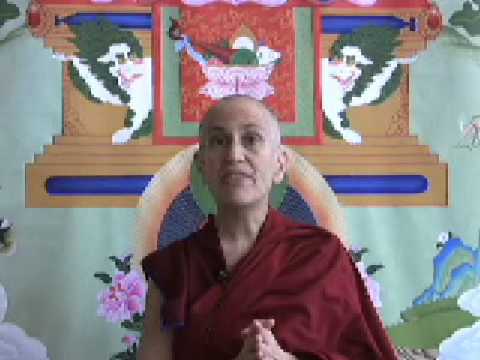 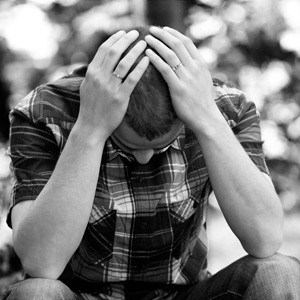 Distractions, the mind, and compassion