We’ve been talking about:

“May I close the door to the lower forms of life for all beings.”
This is the practice of the bodhisattva when closing a door.

Yesterday we talked about not letting attachment and low self-esteem interfere with our ability to be of benefit to others. I was saying the other day, to help sentient beings close the door to lower rebirth for themselves, the key way to do that is to be able to teach them the Dharma, so that they avoid creating the ten negative actions. Before we can teach other sentient beings how to avoid the ten negative actions, we have to know, we have to practise that ourselves. That’s pretty high order and it’s also a foundational practice.

So I thought I’d talk a little bit about four ways of gathering disciples. Four ways in which we can attract people to the Dharma, create the situations so that we can teach them how to abandon the ten nonvirtues and create the ten virtues. I’ll just list them,

The first one, being generous. We can see that if we’re generous with material things then automatically people feel that we’re a friendly person and they want to be around us. It doesn’t mean you’re bribing people to be your students by giving them things, ok? And it isn’t this practice of student devotion that I joke about so much that instead of the students making offerings to the teachers, the teachers are making offerings to the students and requesting them please to come to teachings. So I’m not talking about that. If we’re a generous person, then automatically people think, “Oh, they’re friendly, I’m attracted to them,” and so on. So we could be generous with our time, or with material things, or whatever, or with offering service, helping people and so on.

The second way is to speak pleasantly. This could mean just having a pleasant personality and speaking very pleasantly to people, just being a friendly person. Because again, if we’re a rough person, if we’re rude, if we don’t listen to people, if we’re irascible, if we’re uncooperative, we may know a whole lot of Dharma and we may even practice some but people aren’t going to want to be around us and listen to the Dharma from us. It’s kind of training ourselves to just have a pleasing personality. This doesn’t mean being a people pleaser because being a people pleaser is being very phony and there’s a lot of attachment and rubbish mixed in there. This is just talking about really making an effort to be cooperative and pleasant when we’re with other people instead of demanding and irritable.

Another part of speaking pleasantly is teaching the Dharma. The primary way of gathering the disciples is to give instruction and to give instruction in a way that accords with their ability and with their disposition and their level. You have to really be able to tune into where people are at because if we aren’t, then somebody maybe an advanced student and we teach them ABC, they do not benefit very much or somebody may be at the kindergarten-level but we are very full of our self and how much we know and so we teach them something they can’t understand. Or somebody who has a Mahayana disposition we don’t bother to teach them about bodhicitta. Somebody who does not have a Mahayana disposition, we give them bodhicitta. We mix things up a lot. We have to have a certain kind of sensitivity for where somebody’s at and try and give instructions at that level.

We did two of them today, I’ll do the next two tomorrow. I think that gives us already some things to think about. And even if you’re not trying deliberately to gather students or to benefit others by teaching, still these instructions are very helpful for us as a human being about how to relate to people. 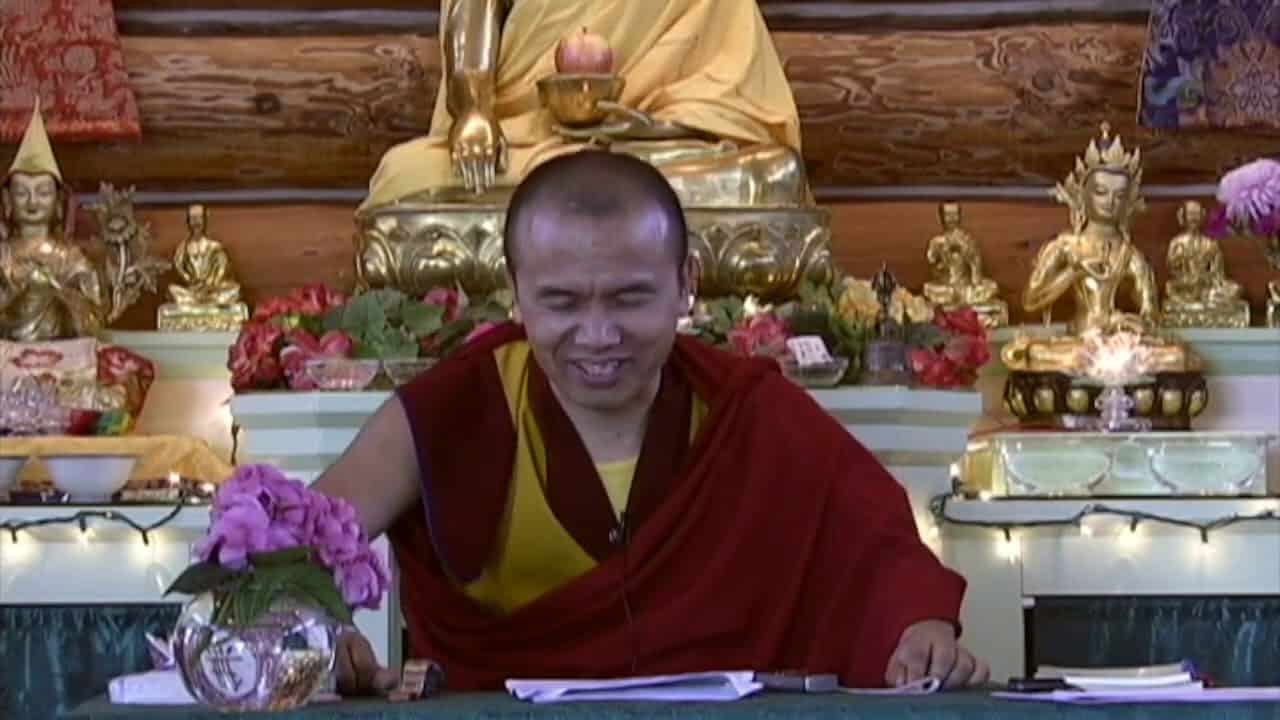 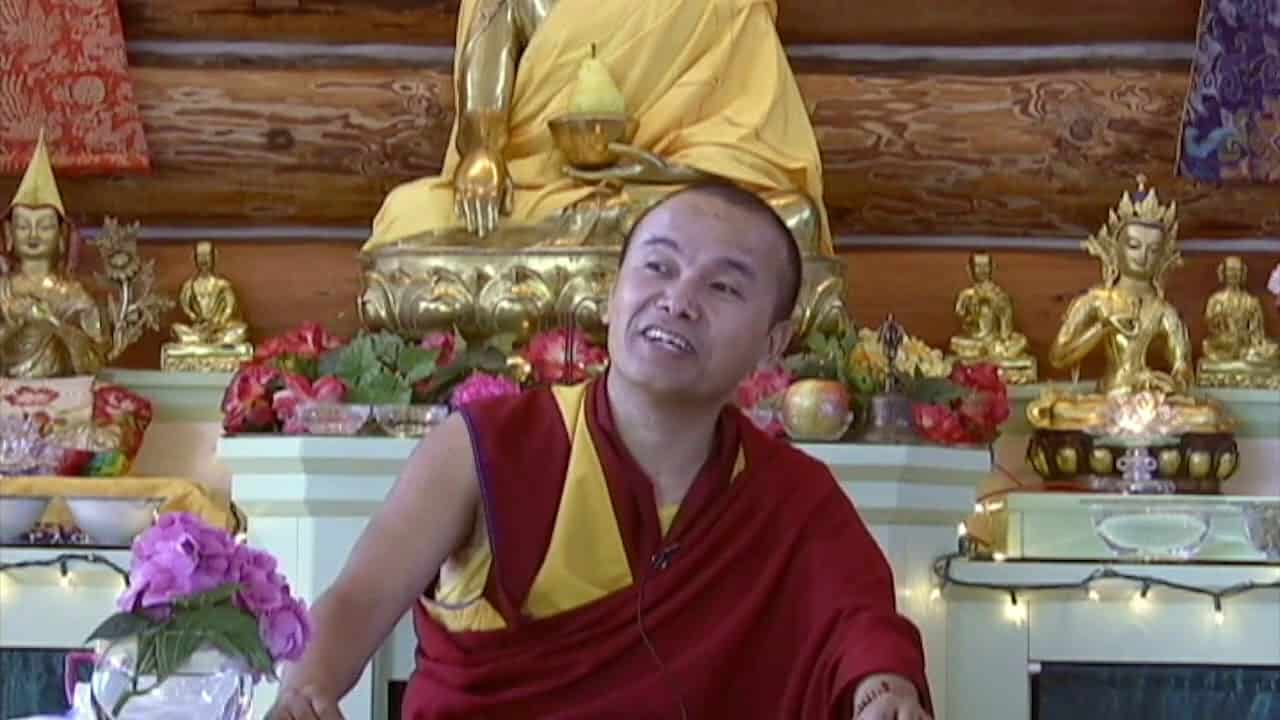