Verse 7: Secured by the root of virtue

Verse 7: Secured by the root of virtue

The next of the 41 prayers to cultivate bodhicitta reads:

“May all beings be secured by the root of virtue.”
This is the prayer of the bodhisattva when putting on a belt.

When we put on our belt we are securing our lower garment—whether it’s robes or pants or whatever it is, we’re securing it. Similarly, the root of virtue—the virtue that we create, the good karma, the merit that we create—secures us. And it secures us in many different ways.

First of all, it secures a good rebirth for us so then at the time of death there is no fear, no regret, no worry because we feel that security that we’ve lived a life of virtue that will ripen in a good rebirth.

The virtue also secures us in liberation. It secures us in enlightenment. It stabilizes our mind so we can actually practice the path and gain those realizations.

And I think that virtue also secures us in this life. And here I’m using secure in a little bit different way. The more time we spend living a life of virtue and abandoning the ten destructive actions and creating the ten constructive ones, then the more we feel psychologically secure. It’s an interesting way that virtue provides psychological security. First of all, we don’t have so much regret and guilt, which follow the non virtuous actions. So already we’ve eliminated all of that insecurity about: “Did I do the right thing? Did I say the right thing? I feel so bad about what I did. What are other people going to think of me because I lied, I caused all this conflict, I spoke harshly….” It eliminates all of that kind of anxiety and insecurity and makes a level of psychological security that is very nice in this life.

Also I think the more (especially) you keep precepts (whatever level of precepts you have) it provides another kind of psychological security that I can’t really put into words. But you feel it after a number of years. In other words, at the beginning of your practice you feel like you’re kind of like swaying in the waves there, you know, crashes on shore and goes out, you’re not sure where you are. But as you live in precepts your mind gets more stable and you feel that security of having the virtue underneath you. you don’t feel like you’re swaying so much. You feel like there’s some ground to stand on in the sense that your own virtuous attitudes and actions are supporting you in your life.

Virtue makes for that security in this life, for the security at the time of death (because it leads us to a good future life), and the security in bringing about liberation and then full enlightenment. So every time you put on your belt in the morning then you should feel secure in more than one way. 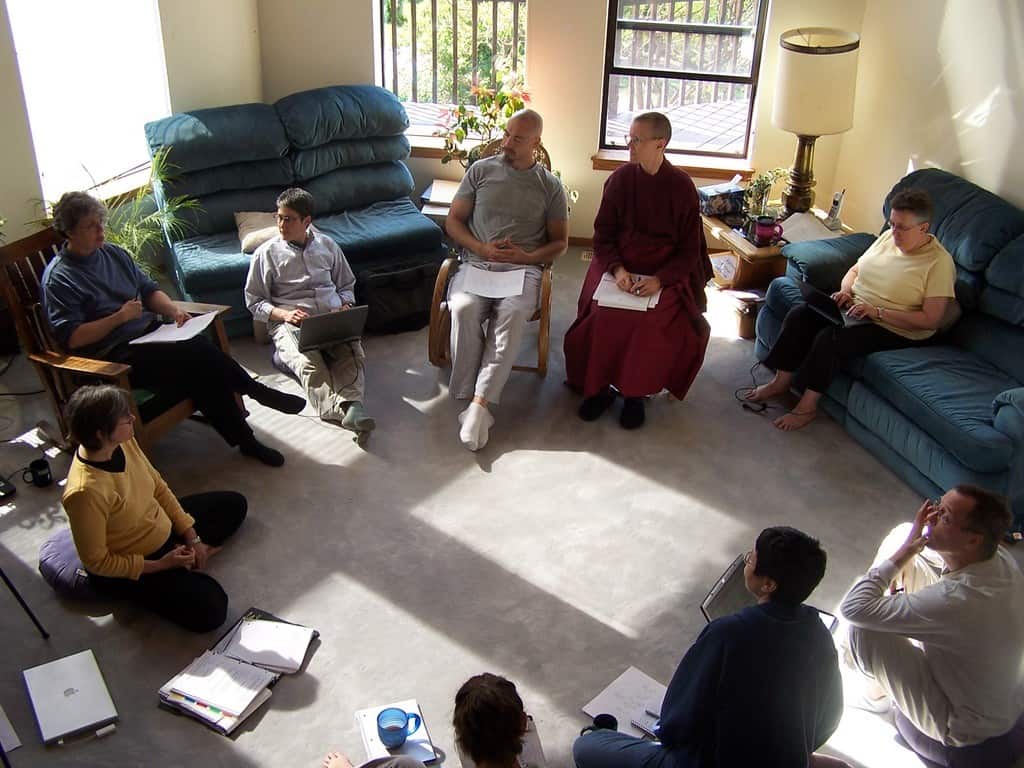 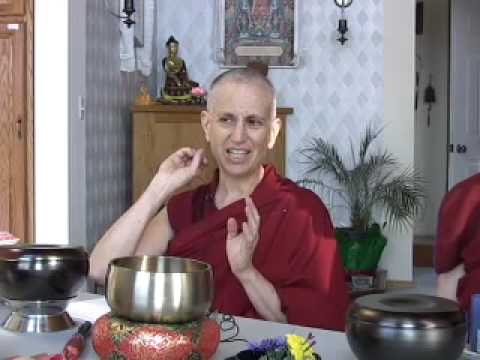