Part of a series of short talks given on Nagarjuna’s Precious Garland of Advice for a King during the Manjushri Winter Retreat.

I’ve been studying Precious Garland by Nagarjuna during the retreat and I thought I’d share with you a little bit of what he covers. Because in the first section he really makes the point that our spiritual goals kind of fall into two camps. One is what they call “high status,” meaning having an upper rebirth. And the second is “definite goodness,” meaning attaining liberation or full awakening. And these two are related because chances are we won’t attain full awakening in this lifetime so we need to create a series of good rebirths—in other words, rebirths of high status—so that we can, in each of those, again practice the Dharma. Our principal goal is definite goodness—liberation or, in our case as Mahayana practitioners, full awakening. But the essential thing we have to do right now, the most imminent thing, is make sure we get a good rebirth in a future life so that we can continue practicing.

Nagarjuna then goes on to explain that faith is the cause of a good rebirth and that wisdom is the cause of definite goodness. What he means here by faith is having faith in the law of karma and the functioning of our actions and their results. In other words, our actions have an ethical dimension and they bring results. That is called faith because understanding the law of karma and its results is not an obvious thing and it’s not something that we can even realize by inference by the power of the fact. It’s something that we have to rely on the authoritative testimony of a reliable being such as the Buddha to be able to understand full. So we try and cultivate that faith in the Buddha and in the scriptures that teach about karma, because when we have that faith then we’ll want to keep good ethical conduct, we’ll want to create virtuous actions, and then on the basis of creating those virtuous actions we will have another good rebirth in which we can continue to practice, have another good rebirth in which we continue to practice, and on and on. And in all of those rebirths, also developing our wisdom until the point where our wisdom becomes strong enough where it can completely dismantle all of the self-grasping forever. So as we have that series of good rebirths and grow our wisdom we’ll slowly be able to have better control over our minds and then we’ll reach a certain point on the path where we’ll eliminate all the acquired afflictions, then we’ll be able to start eliminating from the root all of the innate afflictions, and then eventually they’ll be completely eliminated. And if we continue on from there then also cleansing the mind of all the subtle stains and the subtle dualistic view and then finally resulting in full awakening. So he’s saying this is the way that we have to go.

I was thinking that so often when we come to the Dharma it’s like, well karma it’s like [brushes it away] “I don’t understand that anyway, it’s kind of moralistic and so I want to go directly to definite goodness.” And so that sometimes gets us into trouble because we’re…. We turn out to be the bunny rather than the turtle. Something like that. We’re making shortcuts. That’s what we’re doing. Trying to do a shortcut.

So he starts out with the causes for upper rebirth are abstaining from the ten non-virtues. I’m not going to go into those because you know what they are already. But he says there are sixteen causes of upper rebirth. Sixteen factors that we have to bring into our practice. The first ten are abstaining from the ten non-virtues. Then there are three others that are called “blameworthy actions to abandon,” and three others that are things to practice. So, also to be abandoned is taking intoxicants, because that makes our mind, you know, bad decisions, quite fuzzy, and difficult to meditate when you’re intoxicated. Although when I first went to Kopan in 1975 most of the people there were hippies coming up from Freak Street…. And saying, “Oh Lama, what do you think about dropping acid and then meditating.” Your visualizations must be really good when you do that. [Laughter] The colors are very bright. You make a really good case to Lama [Yeshe] for the values of smoking dope and dropping acid before meditating. And Lama would just look at us and say, “Your mind is already hallucinating, dear. You don’t need to do that.” And then he’d give a talk on emptiness to explain how we’re hallucinating already.

Then the next one to abandon is wrong livelihood. So in the context of a lay practitioner it’s making or selling armaments, poisons, or pornography, or intoxicants, or anything that damages others. Or even doing a legitimate business but deceiving people by the weights you use, or lying and cheating to your clients or your customers. In terms of the monastics it’s the five wrong livelihoods which I’ve gone through before so I won’t talk about. I’ll just list them: hinting, flattery, giving a small present to get a big one, putting somebody in a position where they can’t decline to give you something (or being pretentious, making somebody think you’re really important so they’ll give you something), and then hypocrisy.

So that’s the second thing. Intoxicants to abandon, wrong livelihood to abandon.

And then harming others is the third thing to abandon. This could be harming them physically even by things short of killing them—you know, beating them up, having unprotected sex and giving them a disease, or harming others emotionally or things like that.

So those are the other three blameworthy things to abandon.

Then there are three more [to practice] (to get to our total of sixteen).

The first one is making offerings to those who are worthy. Offering is always a practice that’s encouraged within all religions, especially within Dharma. And those who are worthy, Nagarjuna says, are our preceptors, our Dharma teachers, people who show us a good example, and actually, in general, all sentient beings. So the practice of being generous. Being generous with material goods. There’s the generosity of protecting others from danger. The generosity of love and encouraging and supporting people when they need it. And the fourth one is the generosity of Dharma, sharing the Dharma with others. So we want to practice generosity.

By the way, when he talked about generosity he called it “respectful giving.” It wasn’t just giving. It was giving with respect. So here when there’s a chance to make the offering, to make it ourselves when we can instead of asking others. Of course, maybe you’re asking a friend to take an offering to Bodhgaya to make offerings, so that’s fine. But when we can, do it ourselves.

And then also respectful giving is giving with both hands. Some people when they give something they’re kind of walking by and they just put it in front of you and keep going. And that’s not really giving. You know? You are failing to really make the connection with the other person. So it’s very good to really give with both hands and pause for a minute and make the offering a time of connection when we can. Instead of “well, I’m in a hurry, here’s this, and I go on….”

And then the third thing to practice, in the text it just says “love.” But what he means is the four immeasurables: love, compassion, joy, and equanimity. Really practicing those, because it makes our own mind joyful and it improves our relationships. And by changing our own attitude and lessening some of our very gross afflictions it’s going to make it easier to practice the preceding fifteen.

Applying this to our lives

I just summarized several verses into a short time, but I think you got the essence. But there’s really quite a bit to think about in this. You know, whenever we hear a Dharma teaching or read something, checking our life with the Dharma teaching—so how does my life correspond to what, in this case, Nagarjuna is teaching us. And am I following those sixteen or am I kind of brushing some of them off or ignoring others or too lazy to do a few of them or rationalizing several more…. So really using it as a way to think about how can I improve myself. 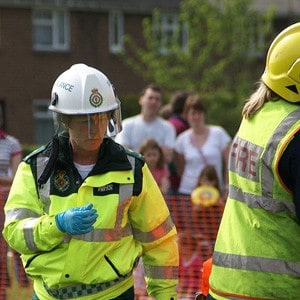 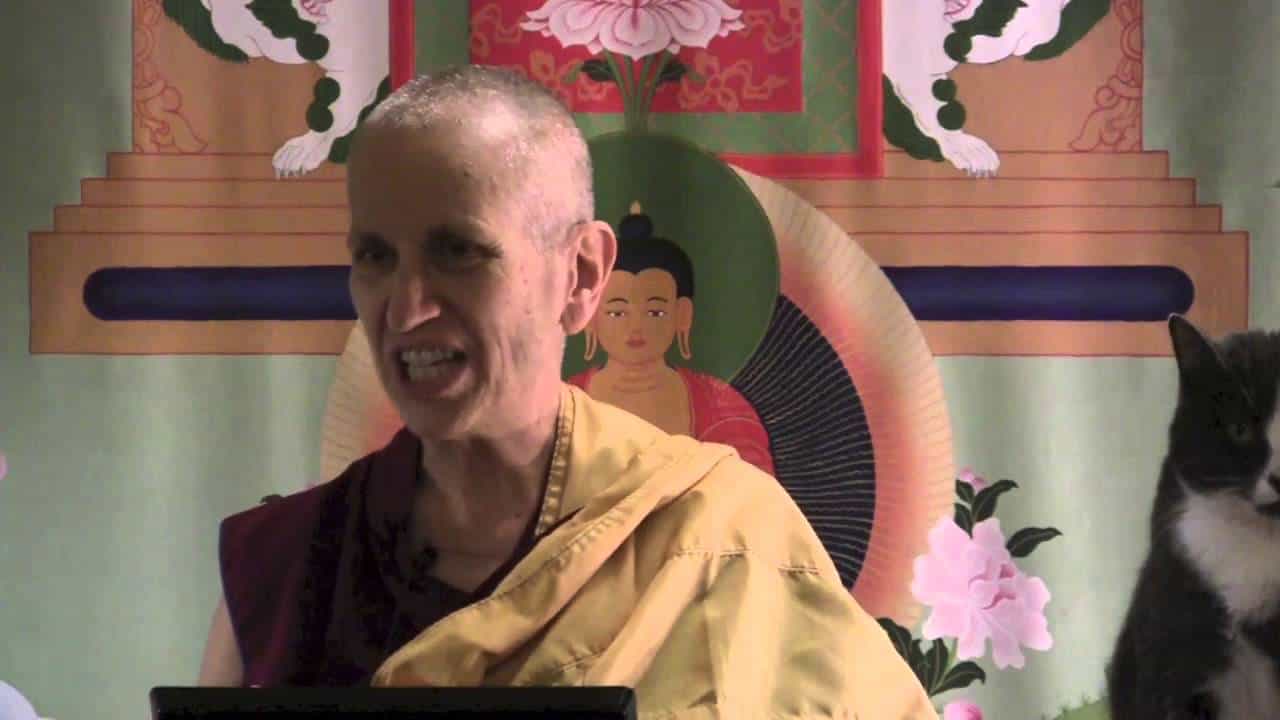