A three-part series on how to work with disturbing emotions after mass violence. These talks were given after the back-to-back shootings that occurred at the screening of a Batman movie in Aurora, Colorado on July 20, 2012 and at a Sikh temple in Oak Creek, Wisconsin on August 5, 2012.

And yesterday at medicine meal time Dani [now Venerable Jampa] and I were talking and she was saying how, when she first came to the States she didn’t want to be left alone in front of the supermarket waiting for somebody because she had heard about all these kinds of violent things and all these people carrying concealed weapons legally, and it made her afraid. And it made me very sad, because I thought, you know, the United States used to have this image abroad of being a country of freedom and prosperity and liberty, and now it seems that abroad we’re coming to have the image of being a violent place with free-for-all guns. And I thought that was very sad that that kind of image is starting to happen. You know? What to do?

Not becoming anxious and unnecessarily fearful

But when you think about it… I don’t think we need to have that kind of level of fear. I mean, we just have to go about living our lives. Now of course, somebody could say, “But the people who went to the movie theater, that’s what they were doing, and look what happened.” But the thing is, it’s like we go about living our lives every day and then things may happen on one day that we didn’t expect. I mean, people get into car accidents. But just because the car can be dangerous doesn’t mean that somebody never drives in one. And there are plane crashes, but just because they’re dangerous doesn’t mean you don’t get into planes. So I think we have to continue to go through our lives with just … to not let our minds become anxious and burdened with unnecessary fear. Because all sorts of things, of course, could happen. But when we generate fear and worry and anxiety, those things become, I think, a greater suffering to us in the long run than even the things we’re afraid of, which are highly unlikely to happen. And so I think we have to keep an optimistic mind and a peaceful mind.

We were talking last night that sometimes feelings of fear come when we’re in a new place and we’ve only heard of the stereotypes from television, or whatever. And also just being in a new place, we don’t … it’s unfamiliar and so we’re a little bit anxious about everything. But really, even for those of us who live here a long time, not letting our minds go into some kind of fearful place, but maintaining an attitude that greets people with happiness and joy and trust and so on and so forth. So I think that’s quite important, rather than let the mind fabricate a lot of things that just, you know, are highly unlikely.

And then the other thing we were talking about, another feeling that could happen, is just total apathy and numbness. In other words, you know, “Oh, here’s another mass shooting, well, [shrug, sigh] nothing I can do. Thank goodness it wasn’t me or anybody I know. And it’s just too difficult to think about this, so let’s turn on the television to another channel. Or let’s pretend this was a movie instead of reality. Or let’s take a drink or smoke a joint. Or go dancing. Or do something else, and just make our minds numb. And I don’t think that’s a solution at all to deal with fear and anxiety, or sadness or anger.

And I think a way for Buddhist practitioners to remain connected in those kinds of situations is to really do the taking-and-giving practice—where we’re really taking the suffering of the victims and the perpetrators, giving them our body, possessions, and merit, and imagining that they all get the inner and outer conducive conditions to practice the Dharma and become Buddhas. And really doing that meditation so we stay connected to other people and not just devolve into kind of numb resignation that seems like apathy but underneath there’s anger and fear and a lot of other uncomfortable emotions.

Seeing the kindness of others

And after the Colorado shooting in the theater I received something that somebody had written—I’m not sure who—but he was saying, “Okay, there was the anger and craziness of that shooting, but there was also so much love and care involved, too.” Because you had the love and care of the police who came in, and the SWAT teams that came in. Of the different people in the cinema who protected others and sometimes lost their own lives in the process of it. Or who dragged injured people out and got them to the hospital and medical care. Then there was the kindness of all the doctors and nurses in the hospitals. There was a kind of overwhelming feeling of love and compassion coming out from other people in that very community, as well as from people across the country. And the conclusion was that you might have one person or a few people with this kind of intense anger, but if you look in the big picture, the response to the violence really brought out incredible love and compassion and kindness and care from a huge number of living beings. And so it’s very important to remember that, and not just dwell on the tremendous confusion and pain and anger of the person who did the action. But to really think of the kindness of everybody else who steps up to the plate and helps remedy the situation, and care for others.

Okay? So I think these are just some tools to use in this, in real life Dharma happening. Isn’t it? And so to not just allow habitual emotions to arise and take over, but to really stop and look at those emotions and question them, and question, “Are they realistic? Are they beneficial?” And when we see that they aren’t, then to look and to see the kindness, and to do the taking and giving meditation. And so, in this way, transform our emotional reaction into something that will create good on the planet, and harmony amongst people.

The power of love

Dani: A teacher from the Tibetan Center in Hamburg told me this story. He heard it from one of his students. The student worked for the Red Cross and was sent to work in Iraq. She was the leader of a group of people who supported her work there. She had gone to practice loving-kindness meditation together with her group. One day, she got a call that there was a person in the marketplace who wanted to kill himself with a bomb on his body to kill others too. She told her group she was leading to stay behind and continue with the loving-kindness meditation they were doing and she went to the marketplace, to the man with the bomb. In her mind, she was continuing the loving-kindness meditation. When she got closer to the man and he saw her, he stopped what he was doing. He let go and put his hands up. Someone later asked him why he stopped and he said he couldn’t go through with the harmful action because he felt so much love and compassion and he thought of his mother. The man stopped his harmful action probably because of the loving-kindness meditation. The power of loving-kindness is incredible … and it’s important to do it now. We don’t have to wait until somebody is doing, or planning, these kind of harmful actions. We can do it before harmful actions take place; now, in our daily lives. That’s what I want to share.

Venerable Thubten Chodron: Yes, so another way that people really rise to the occasion, and express their love and compassion, is we got a letter from the Sikh community in Spokane, a very positive letter just really saying that they weren’t going to be angry and hateful and vengeful about this at all, and inviting everybody to come for a vegetarian meal and a candlelight vigil, actually tonight, at their temple. So we’re seeing if some of our friends in Spokane can go and represent the Abbey. 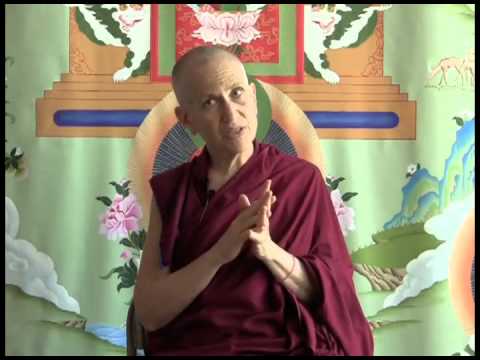 Sadness and anger in response to mass shootings 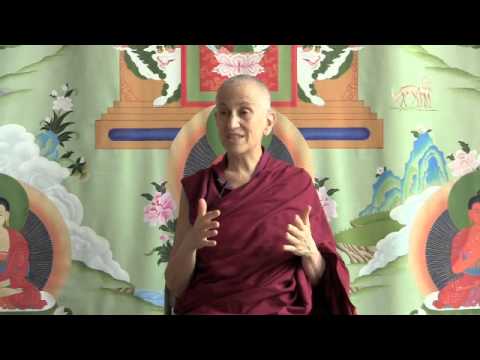