Is this America, or a war zone?

Is this America, or a war zone?

On August 9, 2014, Michael Brown, an unarmed, African-American 18-year-old, was fatally shot by Darren Wilson, a police officer, in Ferguson, Missouri. The incident sparked riots, to which the Ferguson police responded with force, consequently opening a national conversation about the militarization of the police:

Because it’s EML [Exploring Monastic Life] people haven’t been keeping up on the news. So there’s been something last Saturday in Ferguson, Missouri—a suburb of St. Louis. There was an unarmed 18-year-old African-American lad who was killed by the police. The community is 80% black, but the mayor, the police chief, the important people are white. So there was a protest against his killing and the police responded very, very strongly with tear gas, with rubber bullets, and rode out in this army gear, with the police officers looking like soldiers, not like police.

And also, one of the chief things they were protesting against, it’s not only that this black man got killed and he was unarmed, but also that the police department did not want to release the name of the police officer who killed him. And the community wanted this. And it didn’t get released until today, the killing was last Saturday.

So, there was the issue of the original event.

Then there was the issue of how the police responded. So this often happens in human interactions. There’s one thing that sets off an argument, and then how each party responds to that creates another layer of discord.

So that has happened here, and it’s really provoking a national discussion; not only about racism and racial disparity, but also about the militarization of the police. And it’s now apparent that the Pentagon— Of course our military budget is more than ample, so there’s extra equipment and they give it to the police force in different counties and different cities, they give military equipment—from tanks to gas masks to body armor to assault weapons. And then also in the pursuit of staving off terrorism the Homeland Security gives out a lot of grants to state, county, and city police departments whereby they can purchase this kind of stuff in the name of combating terrorism. And this especially became so after 9/11.

So, now you have these images–it’s really kind of amazing—of these people protesting… And yes, there are some who are peacefully protesting and there has been some looting, but it seems like the police are not able to tell the looters and the protesters apart, and they aren’t treating these people differently according to their actions, but instead coming on very strong. And there’s this huge military vehicle with a sharpshooter on its roof with his assault weapon like this looking over the people who are protesting.

And you look at it and you say, “Is this America? Or is this a war zone?”

What are the police doing with military weaponry like this?

And you see images of the police wearing gas masks, with body armor, with helmets, very much like soldiers, trying to deal with a population that they’re supposed to be serving, and dealing with it in a very militaristic way.

So it’s provoked this whole national discussion about this.

A change in strategy

One thing that I found to be a relief in it all is that the governor of Missouri, seeing the difficulty after several days of rioting, took the county police off of that and said that the Highway Patrol was going to be in charge. So the person in charge of the Highway Patrol is black and he had grown up in that area. And I read one article that said when he was there—of course the military equipment was not there—but that he was walking down the street with the protesters listening to their stories. And that just happened yesterday. The change happened yesterday.

A Dharma perspective on conflicts

So, what to say about it from a Dharma viewpoint?

One is to look at how conflicts— There’s compounded interest on conflicts. There’s the original issue, then there’s the response. And so to be very careful about it and how we respond to things because it can so often aggravate a situation. And so, taking the example of what happened here and using it in our own personal lives to have a strong determination that when something’s amiss, instead of coming on with our military-style personality, to deal with the conflict in another way. You know? I was really impressed with this chief who was walking down the street with the protesters.

And then as a country to really have a serious conversation about what is it that we want from our police departments.

I read one article that was talking about the difficulties for some of the conservatives, because for conservatives it’s always law and order. But there’s also the libertarian movement against big government. And when you have all this military equipment on the streets it’s really triggering those people. So you even have people like Ron Paul and Ted Cruz saying, “Hey, wait a minute here. This isn’t so cool…” But then you have other wings of conservatives with the law-and-order stance.

So, I think national conversations about issues are really, really helpful. Because there are many sides to it. In our reaction to 9/11, maybe we went overboard in terms of trying to protect people so that equipment that was supposed to be used for terrorists was given or bought by local police departments with not very many regulations. And it’s not being used for commonplace events, which is overkill.

They were saying that now, sometimes, S.W.A.T. teams come out when the police just need to make an arrest for a non-violent offense.

Excuse me? Do you really need a S.W.A.T. team for that?

So, hopefully we can have a good discussion about this kind of thing. But it is, clearly, very alarming to see what has happened. And I know all of us, if we walked into downtown Newport and there was military gear, we would all freak out.

I don’t know, it would be interesting to see if the Newport Police has any of this stuff or not. I hope not. But apparently it’s being distributed to towns and cities everywhere.

View a followup video on this article here. 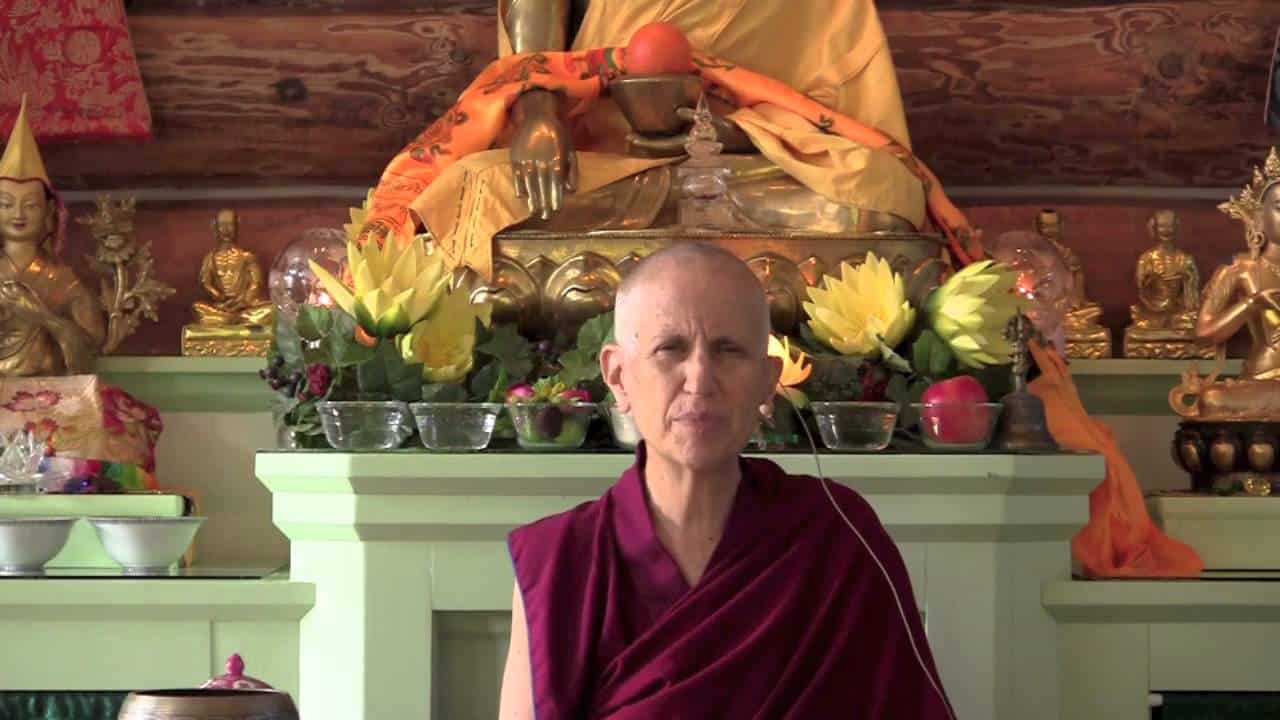 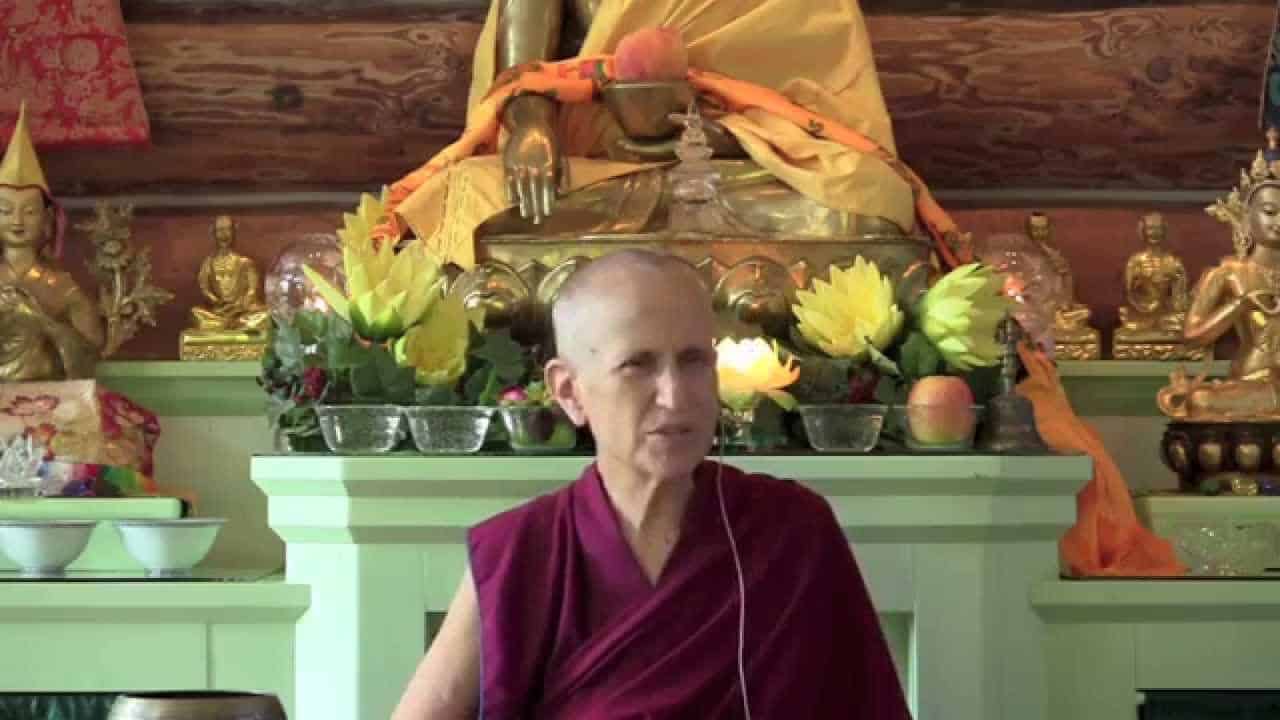 Elements of the monastic lifestyle