You are here: Home > Practical Buddhism > Prison Dharma > By Incarcerated People > On Compassion > Wisdom from Great Aunt Ga-ga
By W. I. P. on Dec 31, 2009 in On Compassion

W.I.P wrote this story while on Federal Death Row in 2009. It is premised on the notion of Buddha nature that we all possess.

My great aunt Ga-ga, who adopted me when I was a kid and who didn’t weigh a buck-five-soaking-wet1, inundated me with an assemblage of words of wisdom which have left an indelible imprint on me. These “golden sayings” were generally flaunted when she was trying to school me on the importance of obtaining and continuing my education and the need to learn from past mistakes. I thought her fervor for driving home these lessons bordered on the crazy, but if there was anything crazy about this lady it was that she was “crazy like a fox!”2 One of her favorite sayings that is still deeply embedded in my heart today is “A person cannot become who they need to be by remaining who they are.” It has taken many years and experiences for me to fully comprehend the true meaning of these words, but in my opinion no words ring truer. 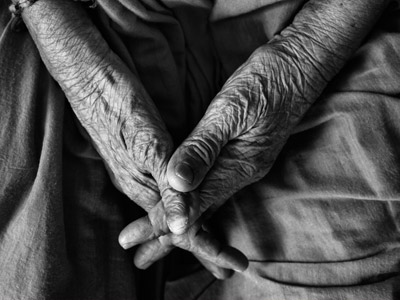 She is so very dearly missed, but not forgotten. (Photo by Vinoth Chandar)

With a slight smile and a chuckle, without animosity or criticism, Ga-ga would patiently listen to my rather pathetic and ridiculous excuses offered up to justify my stupidity. I realize now that she relished these fertile opportunities for reiterating lessons that she was trying to instill in my life. Unfortunately because I was so engulfed in my own ignorance, believing that I already knew everything, more often than not these lessons fell on deaf ears. Exercising unconditional love, unflappable patience and enormous tolerance, she remained undaunted by my deep seated obstinacy. Through astute tenacity, little by little, she began to penetrate my seemingly impenetrable ignorance, and I began to recognize the enormity and the value of the lessons this lady was trying to teach me.

After one of the many bungling screw-ups I committed, Ga-ga declared that the root cause of my problem was what caused the majority of suffering, prejudice, hatred, and violence throughout the world—unadulterated ignorance. Furthermore, she proclaimed, the best medicine for ignorance and suffering was found through education, education, and more education! She was unwavering and passionate in this declaration, and maintained it throughout her life. The only true way to eliminate suffering, both in an individual’s life and in the world in general, was to nip the main culprit, ignorance, in the bud. She emphasized the point that true growth in a person’s life comes when they are willing to recognize the depth of their own ignorance and see the suffering it is causing to themselves and other people. She also emphasized that people need to learn from their past mistakes and to stand completely responsible and accountable for them. She said that once a person has demonstrated accountability and responsibility, they need to move past those mistakes, no matter how dire they may have been, because every moment looking back is time wasted for a person to move forward.

Despite Ga-ga’s absence from this world for almost two and a half decades now, her unconditional love and precious lessons continue to have a significant impact on my life today. She is so very dearly missed, but not forgotten. Other lessons that still stand out in my mind are:

But the one I find superlative to all the others is

a person cannot become who they need to be by remaining who they are.