Well, hi. I’m Kathleen and I’m an anxious person. This is the anxious 12-step program, I think … I hope! [Laughter]

What’s anxiety? Well, I’m having it. I’ve just finished putting lunch out, and been thinking for three days about this talk, and trying not to think about it. So, heart pounding, a little bit of sweat on the palms, a little bit of shivery, that’s it, difficult to focus. Your friendly faces help. So … Oh, I’ve forgotten my paper. Kerri, it’s under that gold napkin, right there. It can cause you to forget things too.

So this was a really good question to meditate on. I had really a lot of, hopefully, new insights about anxiety. Of course, it’s a kind of fear. Then the two questions I meditated on a lot were, “What am I afraid of?” and, “Who is afraid?” It took me a while to get the, “What am I afraid of?” It can be everything. It can be everything: like the lunch is not going to be rightan—d of course under that is some kind of reputation thing—which is just so silly because it is just a collection of opinions by … I mean every lunch someone doesn’t like things, and they like things. And, so what, who cares? It’s gone in 20 minutes. But it [the fear] is still there.

Then I went back and actually just started looking at my life (to see) where this came from. I was born to an anxious family, with an anxious mother, and in western psychology then I could blame her. “She made me anxious; I was in the womb and all those anxious chemicals were going through.” And all that’s true, it does happen. But in Buddhism you can’t do that, you have to actually go bigger. So why did I get into a family like that? I must have brought something in the mindstream that was simpatico with that kind of thing—or why would I be drawn there? That is a much more interesting question: like, “What is the karma and what could I work on to make sure I’m not there again and to stop it in this life?”

I wanted to set a little bit more background, which is that I had one very clear memory of being six years old in the first grade and we had bomb shelter for these drills, the air raid drills. I thought, “Wow, that would be enough to cause some anxiety! Like there is someone out there that wants to bomb your elementary school? Why would they bomb St. Jude’s?” But we had these (drills) pretty consistently. You’re supposed to get under your desk. Nowadays it’s terrorists, but back then it was the Communists—and they hated Catholics, which I was. “So the Communists were definitely going to get the Catholics when they got there.” Oh, believe me, I’m just telling you things I was told. There you were; you had to deal with it. And these grown-ups, who were very well meaning, are defining reality as they see it, and they’re trying to be helpful, but this is what they’re saying. And yes, it sounds totally insane now, but we were supposed to get under our desks. But even at six I knew, if you got under your desk, a bomb is going to get right through the ceiling. My desk is 20 years old! I’m sorry! But what I did was I complied, because that’s what you do as a Catholic kid. But I knew on the day of a real air raid drill I was running home. I only lived 12 blocks, I was a really fast runner, and I was sure I could make it. And if I didn’t, I don’t want to be blown up in the school anyway.

So there you go. You get born from karma into a culture that had this mindset going on. No wonder my parents were scared. Don’t even go to the Catholic eternal hell thing, I mean that’s running in there too. But just the whole big culture is going, “There’s an enemy, the enemy wants to kill you, and you have to be prepared.” In fact, that was the thing, “Be prepared!” There were even air-raid shelters in places downtown—and they had yellow and black signs. That was one of the places you were supposed to go: underground at the bank, or underground at the post office. So this constant fear memory was really interesting to remember. But then again, in a certain way, if I just looked at this life, then I could blame my culture, I could blame my family. What I love about Buddhism is it opens it up to go, “How did this happen? How did my mind get involved in this? What did I bring in and how can I deal with that?”

One of the most profound things for me in the Dharma is the example of His Holiness, the Dalai Lama, with his so-called enemies—he just refuses to have any. He just won’t have enemies. When you transform your enemies of this life into something else, then a lot of anxiety disappears. I like the phrase that His Holiness uses of “friend-enemy.” I’ve seen it in a book or something, “my friend-enemy,” which captures this thing of the enemy is the friend, the enemy can be the teacher. So making that shift in thinking that, “I just won’t have enemies.” Later I even met some Communists, I liked them. I became a socialist and we did become friends.

I think I want to close with just a couple of things. One is a saying that I found by Charlotte Joko Beck, who’s a Buddhist teacher in another tradition. She defines anxiety as the gap between the way things are and the way we want them to be. In that gap—how they are and how we want them to be—and then we go off on our crazy mind stuff. The other big thing is just accepting, “This is how it is.” “This is how it is. I’m an anxious person.”

Then looking at everyday actions here’s something I think is really helpful. For a long time I didn’t know I was anxious and I projected it out. Whatever you don’t know about yourself and thus don’t claim—other people around you know it. They feel it big time because you’re not knowing it and managing it in yourself. It was really helpful for me in therapy when the therapist used to tell me to just say every once in a while, “I’m scared. I’m scared.” I could check in, was it true or not? But I started noticing, “Wow, I’m scared a lot more than I ever knew,” and that helped me manage it.

Then lastly, another thing is to slow down. Anxiety will make you want to move really fast, do things really, really fast. Then that, for some reason, makes me more anxious. If I can just go, “Whoa. Slow down. Walk slowly. Do the thing slower, stir the thing slower,” then a lot of it goes down physically too.

That’s it. I hope this is somewhat helpful, if you are an anxious person. 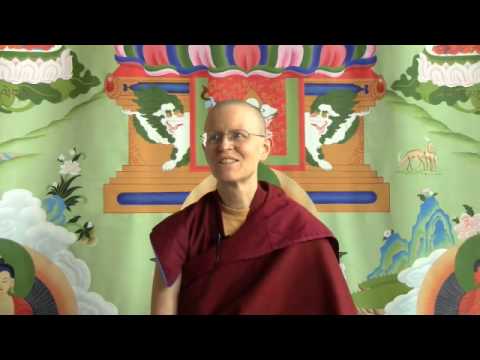 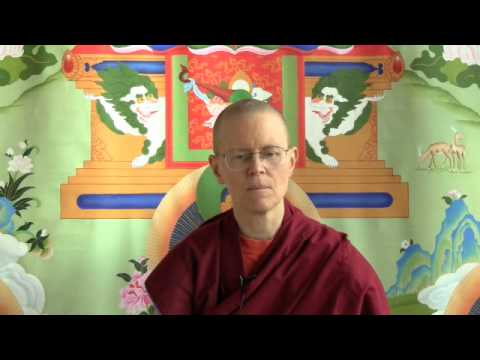