The four general characteristics of karma

The four general characteristics of karma

Moving on to the next verse, which says…. Well, actually it’s the same verse, just the next part of it. But the verse is the third one, that says:

Aghast at the searing blaze of suffering in the lower realms we take heartfelt refuge in the Three Jewels. Inspire us to eagerly endeavor to practice the means for abandoning negativities and accumulating virtues.

That part, “Inspire us to eagerly endeavor to practice the means for abandoning negativities and accumulating virtues.” That’s referring to the section on karma. So, actions. That’s what karma means. Actions and its effects.

And so having taken refuge because we have concern about the suffering, the dukkha, of samsara, we have faith in the Three Jewels and compassion for sentient beings, then what do we do? So the first instruction the Buddha gives us, believe it or not, is not to go lie on the beach. It’s to observe karma and its effects. And so that means understanding how causality works on this level that involves ethical conduct.

There are four general characteristics of karma. Let’s see if I can remember them …. [Laughter]

The first is that positive results come from constructive actions. Painful results come from destructive actions. And this is very important to understand that things are termed constructive or destructive (in terms of the actions) dependent upon the result that they give. So it’s not like the Buddha said “thou shalt not do x, y, z, because if you do then you’re going to get this result, I’m going to punish you.” But rather, the Buddha didn’t make up the system of causality, he only observed it. He started out looking at the results and the happiness that sentient beings experienced, and then labeled the actions that brought about that happiness “constructive actions.” When sentient beings experienced suffering, those causes were labeled “destructive actions.” So this is important to understand, that things are labeled constructive or destructive in relationship to the results that they bring. Not because Buddha made up a system, or because there’s reward or punishment, or anything like that. So it’s just a system of dependent arising. These results come from those kinds of causes.

The second one is that a small cause can grow into a big result. They always talk about how a small seed can produce a plant that has many fruits on it. Sometimes we tend to think “oh, it’s just a small negative action, doesn’t matter if I do it …” Wrong. It’s like knapweed. You let one knapweed flower grow, looks so small and inconspicuous, and you get a whole field of knapweed before long. Don’t you? So it’s very important when there’s a small negative karma to avoid creating it. Or if we have [created it], to purify it. And similarly when there are small virtuous actions, sometimes we get lazy “oh, it’s just a small one … ” So it also is the same thing. You can create a small action and get a very plentiful result. Because these seeds gestate in our minds and they’re affected by other actions that we do that help their influence increase.

The third one is that if you don’t create the cause you don’t get the result. So this is important to understand because otherwise we might think that sitting and praying to the Buddha, “Please Buddha … ” Like even in this prayer, “I request you to grant me this realization. I request you to bless my mind. Etc.” We might think that’s all we need to do is just make prayers to the Buddha and then these realizations are going to grow in our minds. No. Actually when we’re reading this prayer we should be thinking about what we’re saying, and it’s the thinking about it, our really focusing on the meaning of the verses, and actually doing expanded meditation on them, that is what’s going to bring the realizations. So we can’t just sit back and pray and think that everything is going to come about. We have to create the principal causes. And so similarly if we want a good future life, or liberation or enlightenment, prayer may be good as a good cooperative condition to make a karmic seed ripen, but we’ve got to create those principal causes, those karmic seeds, by doing the practice.

And then the fourth attribute of karma is that it will definitely bring its result. It doesn’t get lost (like our computer files get lost). It doesn’t get corrupted and erased from your hard disk, like our computer files do. But rather, in the case of destructive karmic seeds, unless we do purification practice those karmic seeds will eventually ripen. If we do purification practice, that can intervene and either lessen the result or prevent it. In the same way, our positive, our constructive, karmic seeds will definitely ripen into happiness unless we impede those by having wrong views or anger. And so this is why it’s so important, when we get angry, to know the antidotes to anger, because anger interferes with the ripening of our virtuous karma, and can kind of shatter it. So it’s very important in that way.

I just outlined these four very quickly, but it’s good to make examples of the four in your mind and to really see how it affects how you live your life. Because if we understand that results come from corresponding causes, then you’ll put effort into creating virtue and abandoning non-virtue. If we understand that big results can come from little causes, we pay more attention to what we’re doing, we’re more mindful and we take care, with creating even small virtuous ones and abandoning even small negative ones. If we understand that without creating the cause the result won’t come then we’ll definitely be active in doing our practice and won’t just sit around and pray or wait for something to happen. And if we understand that the karma definitely will ripen unless we impede it in some way, then we will take care to do purification practice on a daily basis, and also we’ll take care to dedicate the merit, because that protects our virtuous karma, and also to avoid anger and wrong views by learning the antidotes and applying those.

So this teaching is very practical. And the more we understand it the more it’s going to change how we live in our daily life. 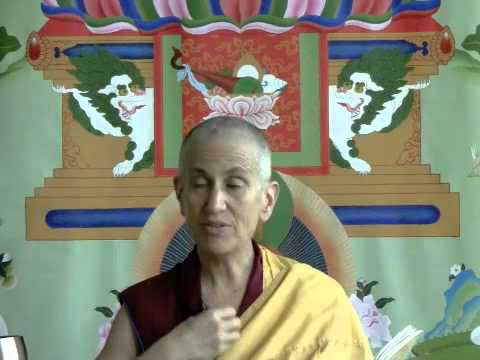 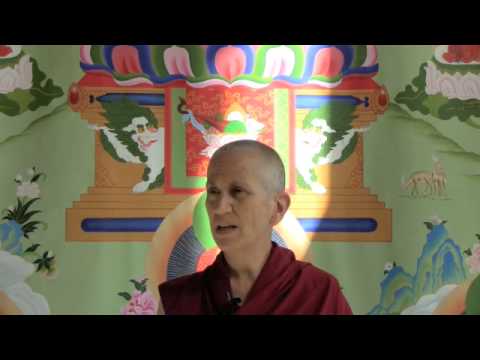